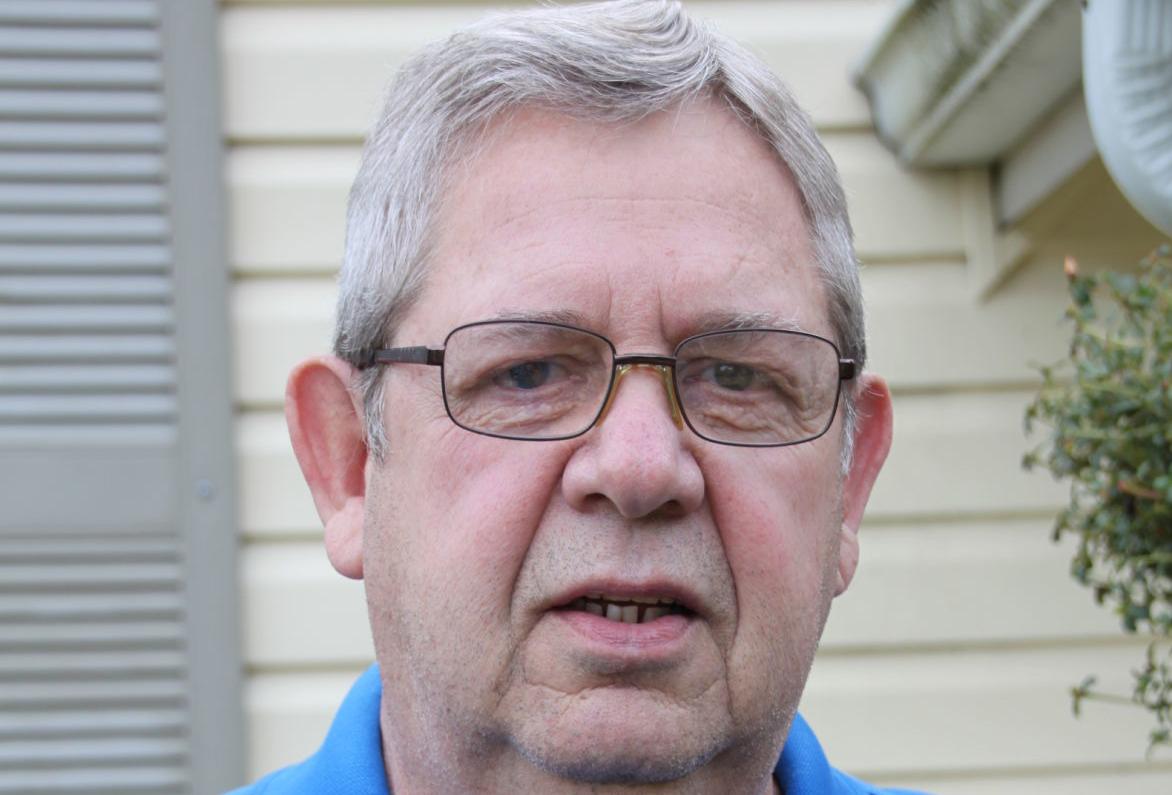 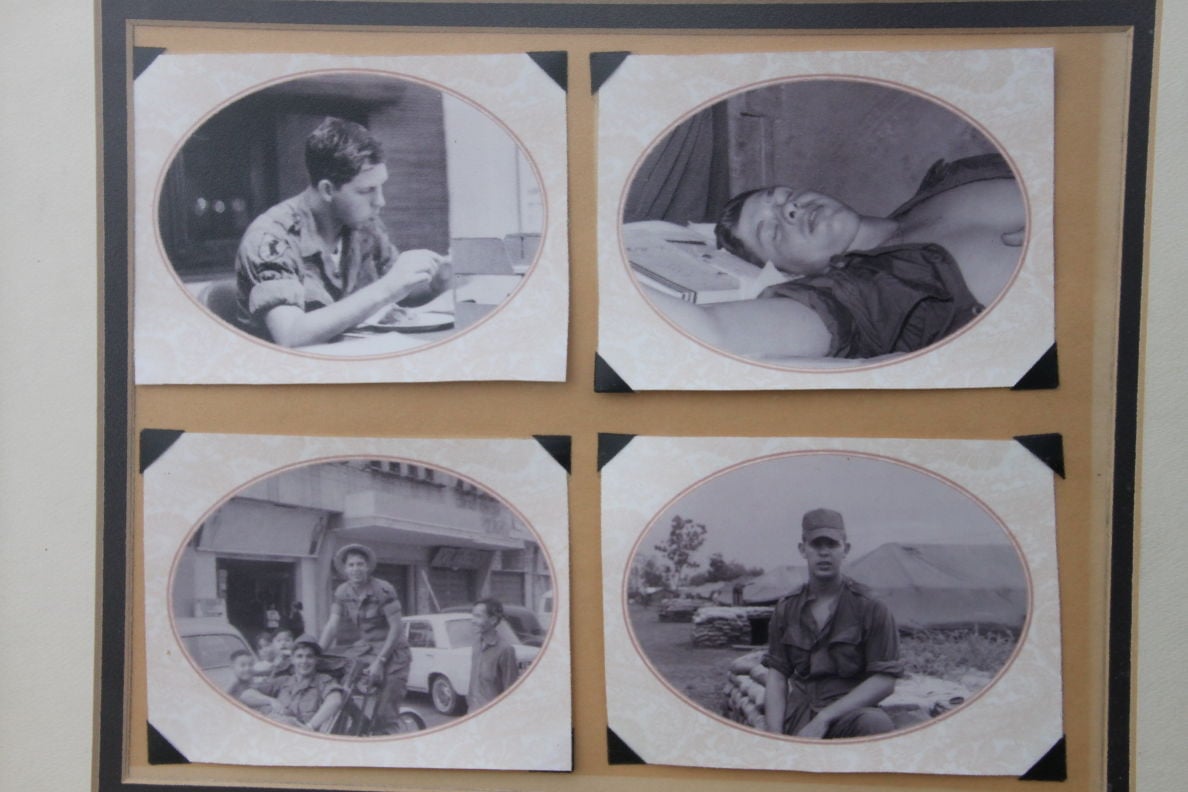 Larry Barton was drafted at young age, like many young men were in the Vietnam era. Here are snapshots of Barton, pictured in uniform while overseas during the Vietnam War.

Most Vietnam veterans prefer not to talk about their time overseas or what it was like when they returned home.

“No matter what though, you still do think about it because those are experiences at 20 years old you don’t forget,” explains Larry Barton, a Bonne Terre native. “I guess the biggest thing was our troop movement. We would leave out early in the morning and may be three days before we even came back to our base camp. You never knew what you were going to experience or what you were going to meet with in the three days that we were gone.”

Being drafted was something that every young American male knew was an option in the mid-1960s. Pretty much back then it was common knowledge that if you were drafted or enlisted you were on your way over to Vietnam.

Barton said that he served three years total in the Army. He was drafted and then enlisted. When they drafted you it was for two years and you'd go through the same process as when you enlisted. On an enlistment you got three years instead of two.

“I was drafted in 1965 and turned 20 years old at the airport in Yokota, Japan on my way to Vietnam,” said Barton. “It was very difficult for me to grasp everything at 20 years old. I just had no idea what to look forward to. I had been away from home (at) different times, but never for that reason. I had no idea what was coming down the pipe for me.”

Barton said he believes they went through about two days of training at Fort Gordon, Georgia, and then they were sent home for 30 days. He had to report to Fort Bliss after the 30 days were up and they left out from there.

“They told us the route we would be taking and it wasn’t what they told us,” said Barton. “We were flown into Cameron Bay and at the time I looked it up because I knew that was where we were going. I found any and all information I could on Cameron Bay and it was gorgeous. I was supposed to be assigned to an engineer attachment and I wasn’t looking forward to it, but it eased my mind about a lot of things.”

Once they arrived at Cameron Bay that night they were fed and put up and around 3 a.m. they woke everyone up and told them they had order changes. Barton said they started reading them off and all of a sudden he was heading for the 11th Armored Calvary just outside Xuan Loc.

“I was a track commander on an armored personnel carrier, which is a track vehicle,” said Barton. “I was with the 11th Armored Cavalry and ordinarily the track carrier was used for transporting troops, but ours had 50 caliber machine guns and two M-60 machine guns mounted on there so we used them strictly for combat. Each armored personnel carrier was equipped to carry four: there was the driver, the track commander, which was my position behind a 50 caliber, and two M-60 operators. So there were four people assigned to each carrier.”

When the Tet Offensive started they traveled from their base camp, which was in a little village called Xuan Loc, and when we left that village they went all the way up within 17 miles of the “DMZ” (demilitarized zone, a military term that refers to a combat-free area between two enemies). They traveled back south along the Cambodian border and up through the southern part of Saigon to meet with the Tet Offensive (named for the lunar new year holiday called Tet), a coordinated series of fierce attacks on more than 100 cities and towns in South Vietnam.

Barton said it was an ordinary thing to encounter enemy fire and you would get to the point that if you didn't you were kind of disappointed.

“We were always experiencing casualties, whether it would be death or just wounded,” said Barton. “In our base camp we were the largest armored unit in Vietnam. We had the largest base camp and field hospital in Vietnam. The enemy was constantly after us, because prior to joining up with the 11th Armored Cavalry the United States took this base camp away from the Viet Kong.

"So they were constantly messing with us, either with mortar fire on the airstrip or always doing something. We pretty much experienced enemy fire almost on a daily basis because we weren’t on the base very much.”

It was very difficult for soldiers to bathe or wash their clothes. Barton said their base camp wasn’t very secure and they didn’t allow them to have the Vietnamese come in to clean their tents, do their laundry or anything like that.

“A lot of times we might go three or four days that we wouldn’t even see water, besides what we were drinking,” said Barton. “When we got back to the base camp everyone would scramble to the showers and try to catch them before we ran out of water. We lived in tents. Our latrines and showers were all outdoors. We didn’t have very many luxuries.”

“The only time I was injured there was an accident in our base camp and I don’t think anyone was ever sure what happened,” said Barton. “We were drawing ammunition to go out on patrol and this fellow that was issuing the ammunition screwed the blasting cap out of the grenade. Not only did he do that, he pulled the pin on it. And I guess out of ignorance he didn’t know that once he pulled that pin he had a live grenade.”

Barton said that the only saving factor was that it wasn’t down in the grenade casing as normal. The guy threw it out in the middle of a half dozen soldiers standing around waiting to draw ammunition and when it went off several people were hit and one guy lost an eye due to his injuries. Barton had shrapnel from the blasting cap and debris from the ground embedded in his knees. The six to 10 soldiers standing nearby all received some type of injury, but nothing life-threatening. He added that they didn’t slow down for much and they gave him some iodine to rub on his injuries.

“I can remember I was scheduled for a flight from San Francisco to St. Louis and by time we got from Oakland to San Francisco our flight was going down the runway,” said Barton. “So we ended up spending the night in the airport and I left there the next morning, flew to St. Louis and I was going to catch a bus from St. Louis to Bonne Terre. It was actually going to let me out at the Highway 67 and Bonne Terre intersection.”

Barton said a lady he sat with on the airplane from California to Missouri asked him how he was going to get from the airport to the bus terminal in St. Louis. Her husband was a career man in the military. She insisted that her family take Barton down to the Greyhound bus station.

“As I was buying my ticket the bus I needed to be on was pulling out,” said Barton, “So I missed the bus and I wasn’t going to call and tell anyone I was even in the country, but I was stuck until sometime later that day.”

Barton ended up calling his mother to let her know he was in the country and safe. She called his dad and he drove up to the airport to get him.

In the meantime he sat in a bar enjoying a few beers. He recalls that he had a Zippo cigarette lighter that he carried.

“On that lighter was a map of Vietnam and a couple of places that I had been,” said Barton. “I was drinking beer and after about my second or third beer, I lit a cigarette and laid my cigarettes and cigarette lighter down on the bar. The bartender saw the cigarette lighter, I guess, and he quit serving me. After that I waited on the sidewalk for about two hours waiting for my dad to pick me up.”

“I realized it was from that cigarette lighter (showing a connection to Vietnam). I was even in uniform," he said, noting the bartender had no issue serving a military man until he found out where he had been.  "I didn’t do too well with any of it for the next several years. It was a really hard blow.”

From there it was all downhill for a while. Returning soldiers weren’t treated very nice and Barton said it wasn’t just him, it was everybody.

“You could turn on the TV and see everything that was going on and they just didn’t like us ... we were accused of everything,” said Barton. “There was a lot of protesting back then against the war and there was never anything in favor of it. They burned draft cards, they burned flags and some of the signs they held up were awful and directed toward the Vietnam veterans. I can’t remember all of the signs they carried around, but one of them called us baby killers and it was all just terrible things.”

“We weren’t looked favorably upon,” said Barton. “When I came back about 14 months later, instead of feeling 20 years old, I felt like I was 60 years old. I have seen things that I will never experience like that again. It worries me that any young man today would.”

Barton said he received an Army Commendation Medal, given for an act of heroism.

“I don’t remember what I did, but the incident took place at the start of the Tet Offensive and we were set up in a French villa with the 507th Transportation,” said Barton.

He didn’t elaborate any further on it.

A veteran's reflections on Afghanistan

Watch Now: The mystery of the mask

Watch Now: The mystery of the mask

They Served with Honor

Special Series dedicated for all those who served in the Vietnam War.

Larry Barton was drafted at young age, like many young men were in the Vietnam era. Here are snapshots of Barton, pictured in uniform while overseas during the Vietnam War.