These non-virus headlines are in the news this morning: Top White House officials knew in 2019 that Russia was offering bounties for the killing of US troops, according to AP sources; the man known as the Golden State Killer pleaded guilty to 13 murders and dozens of rapes and was sentenced to life in prison; and more top stories.

Read on for these stories, other top headlines, celebrity birthdays and more.

Top officials in the White House were aware in early 2019 of classified intelligence indicating Russia was secretly offering bounties to the Taliban for the deaths of Americans, a full year earlier than has been previously reported, according to U.S. officials with direct knowledge of the intelligence.

The assessment was included in at least one of President Donald Trump’s written daily intelligence briefings at the time, according to the officials. Then-national security adviser John Bolton also told colleagues he briefed Trump on the intelligence assessment in March 2019. Read the full story here:

Gay Hardwick stood arm-in-arm with her husband to face a criminal dubbed the Golden State Killer and couldn't recognize the elderly man hunched in a wheelchair as the sadistic rapist who had terrorized them 42 years earlier.

In a hushed and raspy voice, Joseph James DeAngelo Jr. — a serial rapist before he became a serial killer — acknowledged in two words, “I admit,” that he had attacked the couple in 1978 as he pleaded guilty Monday to 13 murders, and admitted dozens of rapes and crimes too old to be prosecuted as part of a deal to avoid the death penalty. Read the full story here:

Click on the links below for full versions of these stories and scroll further for trending stories, a look at today in history and celebrity birthdays.

Portions of southeast Iowa towards the Tri-Cities of Tennessee have already had their fair share of rainfall, and more is on the way. CNN meteorologist Pedram Javaheri explains why and how much more to expect. Watch here:

Starbucks barista received more than $90,000 in tips after refusing to serve customer not wearing mask

Highlights, photos and the winners from Sunday night's BET Awards

Image of the day

Top pics from the weekend: Hong Kong Protests, and more

Here's a look back at sports happenings on this date in history, June 30:

A man and a woman stood outside a home on the private Portland Place in the Central West End, yelling and pointing guns at protesters as they walked by.

Health experts agree this will be a pivotal moment in determining whether the nation slides into a deeper mess. Get caught up on the latest developments here.

As a surge of infections hits the South and West, GOP officials are pushing back against the notion that masks are about politics, as President Donald Trump suggests. Get caught up on the morning's virus developments.

Coronavirus update: Record new daily infections in US; the science behind bar closures; and more

The U.S. recorded 50,700 new cases, according to a tally kept by Johns Hopkins University, as many states struggled to contain the spread of the pandemic. Get caught up on the latest virus news here.

Seattle police confronted protesters and tore down encampments at the "Capitol Hill Occupied Protest" zone. See video from the scene and scroll down for more photos.

Virus by numbers: See impact of the new infection wave in these US maps and data

See how coronavirus affects our state and nation in these eight maps and charts, updated frequently.

The U.S. is “going in the wrong direction” with the coronavirus surging badly enough that Dr. Anthony Fauci told senators Tuesday some regions are putting the entire country at risk.

The city of Jacksonville, Florida, where mask-averse President Donald Trump plans to accept the Republican nomination in August, ordered the wearing of face coverings Monday.

The ingenious and versatile writer, actor and director broke through as a "second banana" to Sid Caesar and rose to comedy's front ranks as creator of "The Dick Van Dyke Show" and straight man to Mel Brooks' "2000 Year Old Man."

Chief Justice John Roberts joined with his four more liberal colleagues in ruling that the law requiring doctors who perform abortions have admitting privileges at nearby hospitals violates the abortion right the court first announced in the landmark Roe v. Wade decision in 1973. 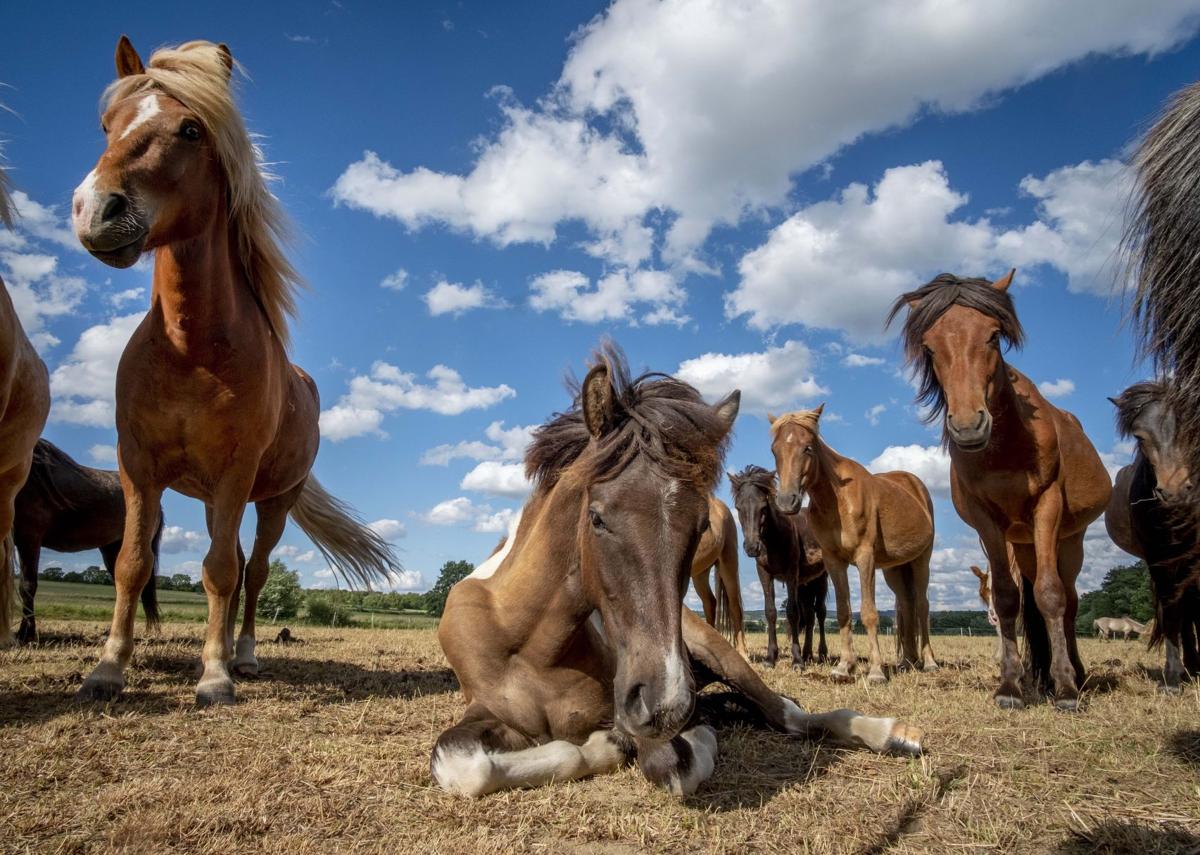 Iceland stallions gather on a meadow at a stud farm in Wehrheim near Frankfurt, Germany, Monday, June 29, 2020. 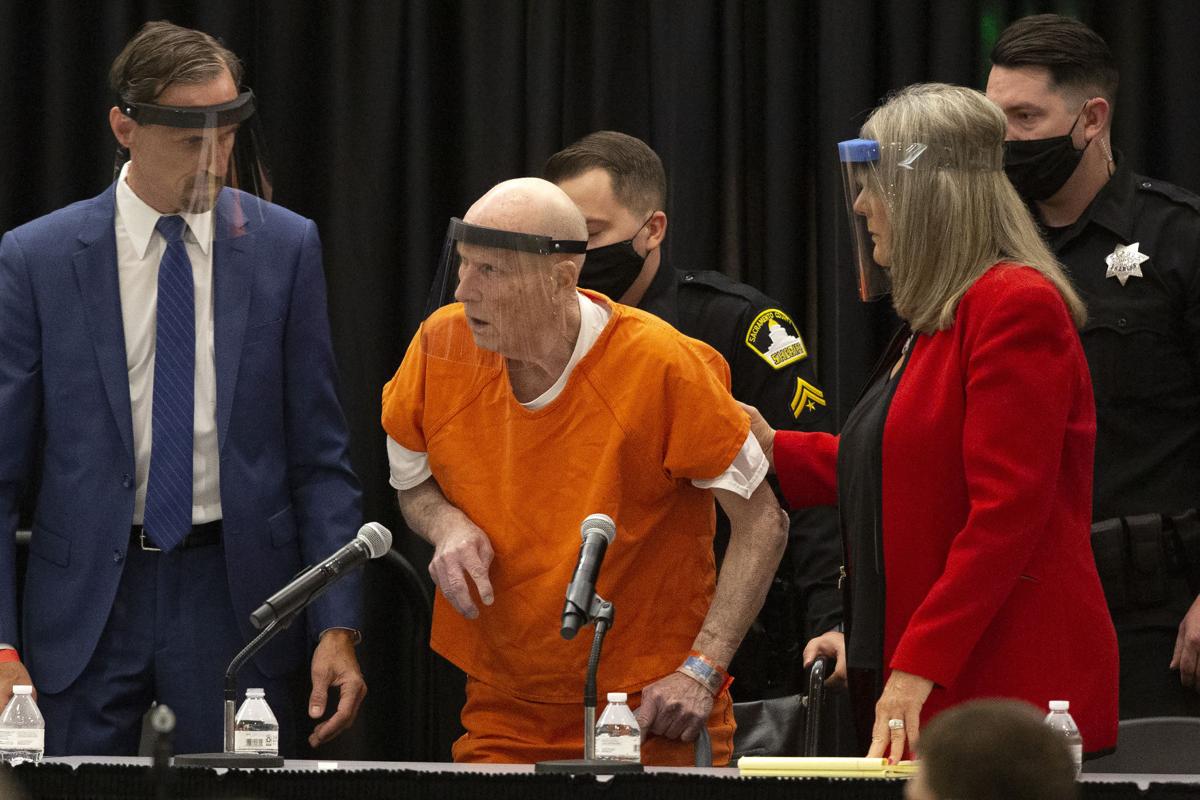 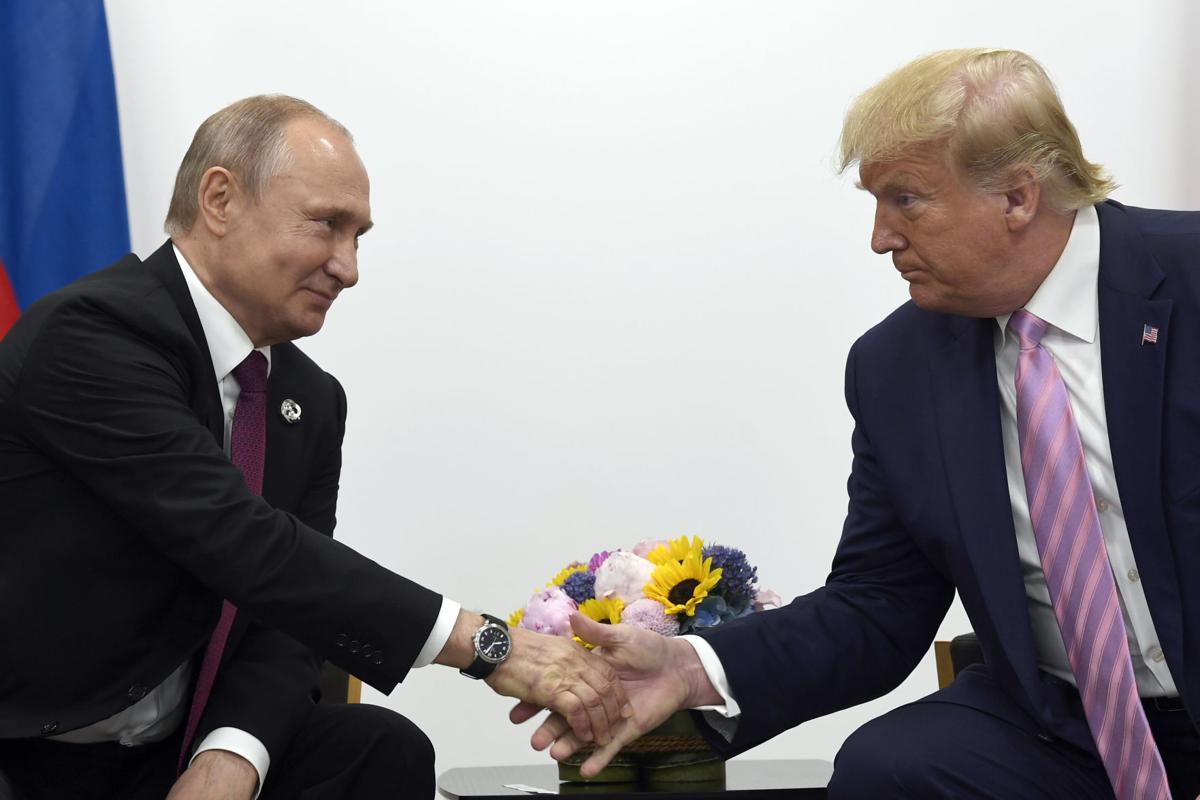 In this June 28, 2019, file photo, President Donald Trump, right, shakes hands with Russian President Vladimir Putin, left, during a bilateral meeting on the sidelines of the G-20 summit in Osaka, Japan.