It’s the annual rite of spring in Bonne Terre, when kids take their fishing poles and favorite bait to Lakeview Park for the Bonne Terre Chamber of Commerce Kids Fishing Derby.

Saturday’s fishing competition begins with registration at 7 a.m., then reeling in fish from 8-10 a.m., followed by an early lunch of free chips and hot dogs. Trophies are announced and prizes given out at 11 a.m. Kids 15 years and younger can enter without a fishing license during the duration of the event. As soon as the horn blows and the event is over, though, a Missouri fishing license becomes necessary.

“As long as they’re fishing under the auspices of our event, they’re good to go,” said Chamber Executive Director Leigha Head. “But once the horn sounds and the event’s officially over, it’s necessary to have a license.”

Kids who don’t have a pole may find some luck at Bonne Terre Memorial Library, where they can check out fishing poles and tackle boxes.

According to Head, trophies will be given for most fish caught and for the biggest catch in three age groups: Up to age 6, ages 7 to 12, and ages 13 to 15. Head said as long as the kid competitors can do a lot of the fishing on their own, they’re welcome to compete— she said it’s just important to remember it’s a fishing derby for kids.

“The really little kids definitely need help fishing, that’s for sure, but we want to make sure it’s a fair competition, too, and that they’re all given a chance to compete with each other, instead of well-meaning adults,” she said.

Volunteers will come around to measure the fish and count how many competitors caught. Head said they still need a few volunteers to spread out around the perimeter of the lake to keep track of the kids’ catches.

“It’s a fun day and goes really fast, we should be done by noon,” she said. “And it’s so fun to see the kids’ faces when they reel in the fish. They’re so excited.”

More information can be found on the chamber’s website and Facebook page, or by calling the Bonne Terre Chamber of Commerce at 573-358-4000. The chamber’s Facebook page is facebook.com/BonneTerreChamberofCommerce.

“This is probably one of my favorite events of the year,” she said. “Last year we had more than 200 fishing, and we hope to reach 250 kids this year. I hope they’re back-to-back at the lake this year.”

Head said each registrant will be given a goodie bag, and the chance to win a larger prize like a bicycle, or a Hoverboard. Numerous games, toys and fishing equipment are also in the offing.

“It’s incredible how many prizes we have this year,” she said. “We have three Hoverboards, nine bikes and a Nintendo Switch and flat screen TV. Some of the prizes were donated, but many sponsors just gave us money and told us to go buy some prizes. I bet I spent $700 on them, in addition to what was donated.”

Expert to speak on efforts to save the Ozark Chinquapin

Apply for MDC elk and bear hunting permits in May

The Missouri Department of Conservation (MDC) encourages Missouri hunters to apply for elk-hunting and bear-hunting permits in May.

Are you looking for some toe-tapping fun? Join local bluegrass players at St. Francois State Park at 10:30 a.m. Saturday, as they play some of…

The Missouri Department of Conservation (MDC) reports that it sampled and tested more than 32,000 deer for chronic wasting disease (CWD) betwe… 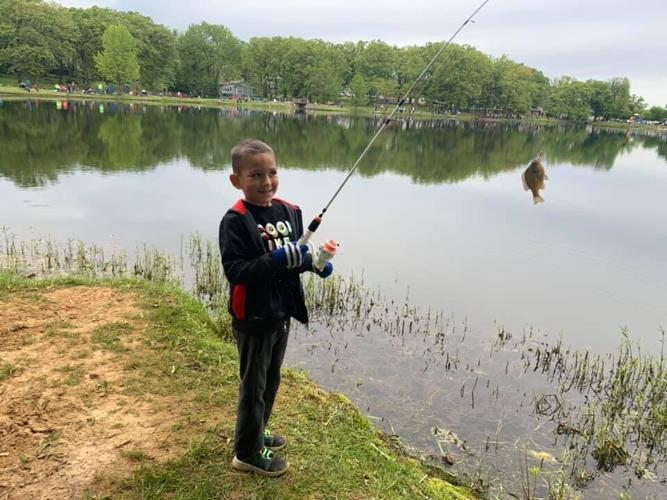 A boy at the 2021 Fishing Derby at Bonne Terre's Lakeview Park holds up the little fish he caught. 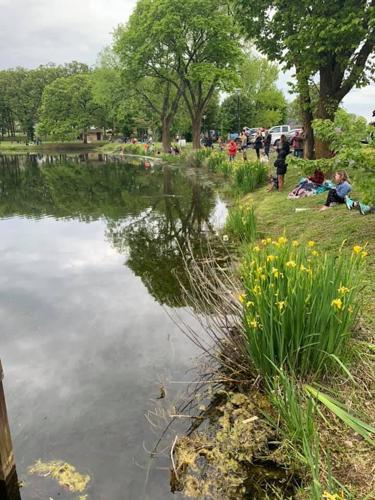 Lakeview Park had more than 200 people at the fishing derby in 2021. Officials are hoping good weather will best that number on Saturday. 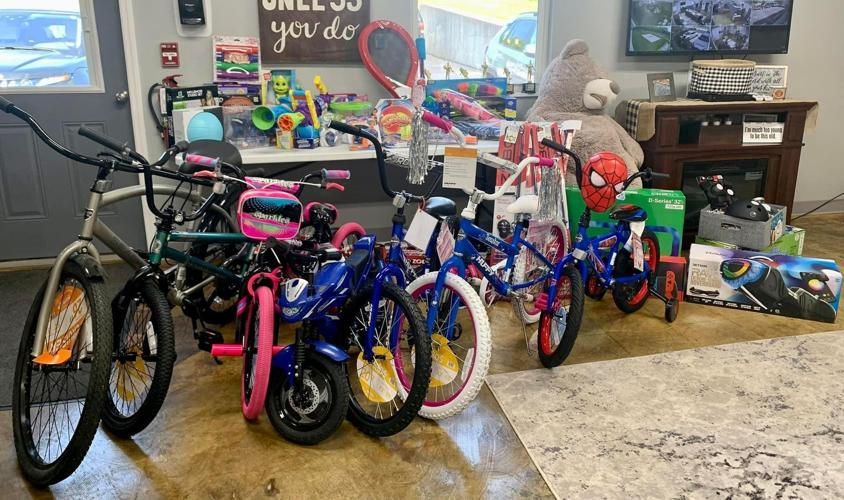 The prizes for anglers who catch the most fish or the biggest catches sit and wait to be given out at the Bonne Terre Chamber of Commerce Fishing Derby.