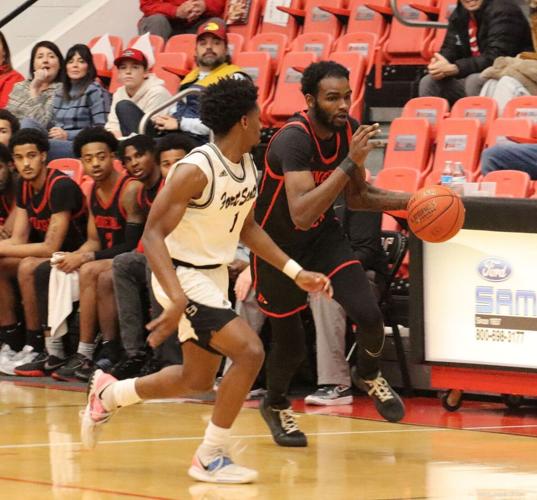 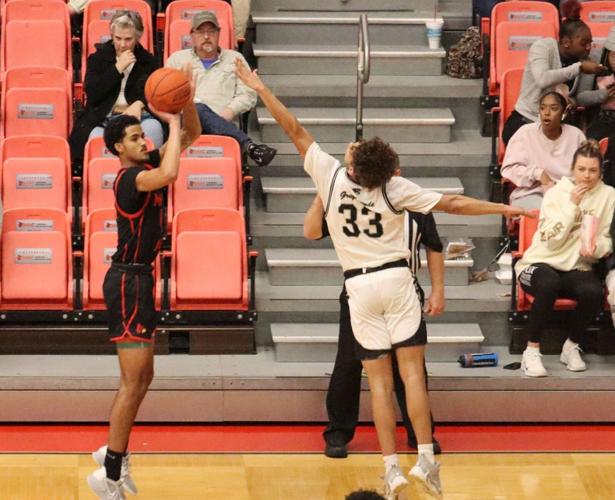 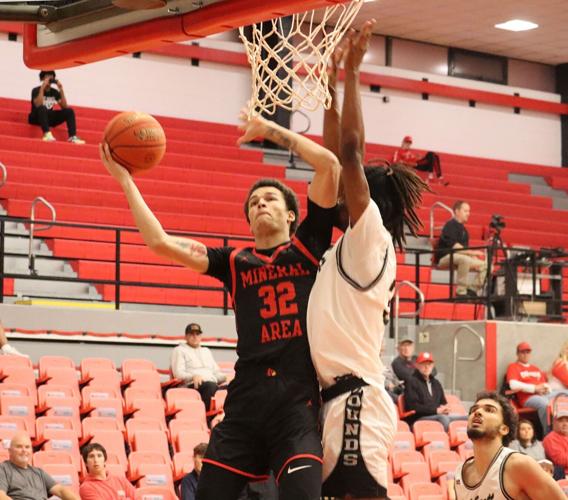 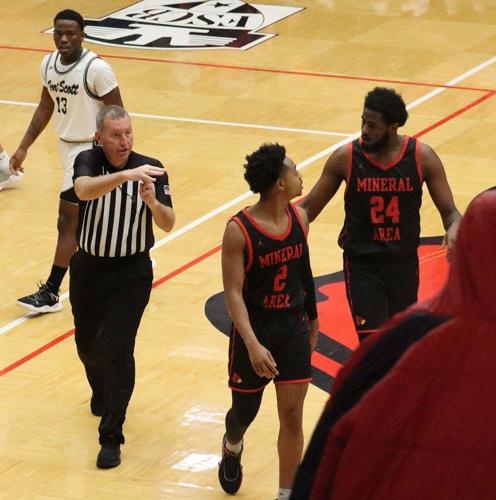 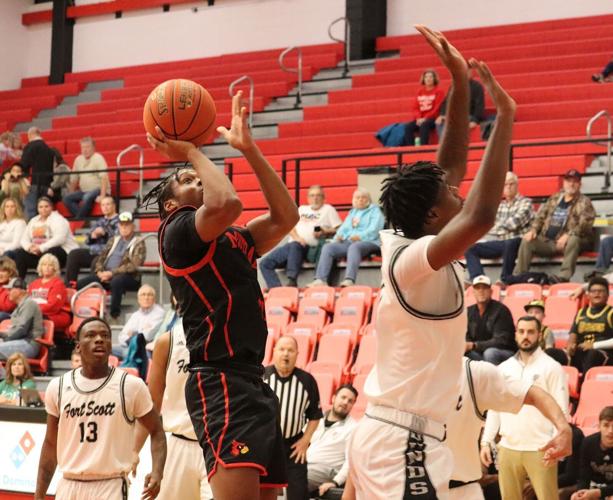 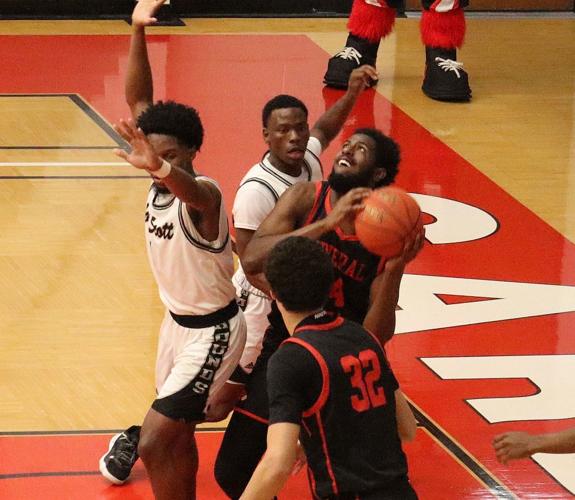 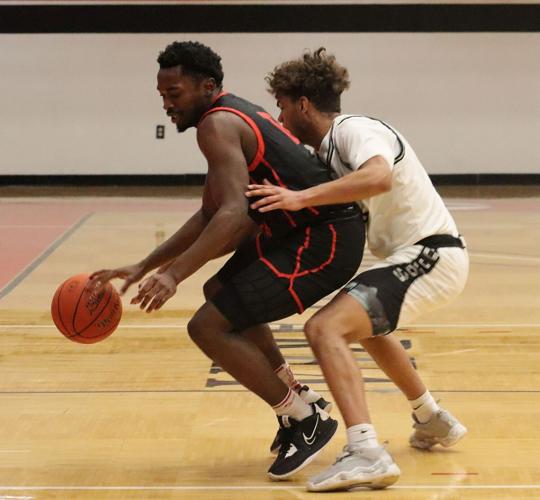 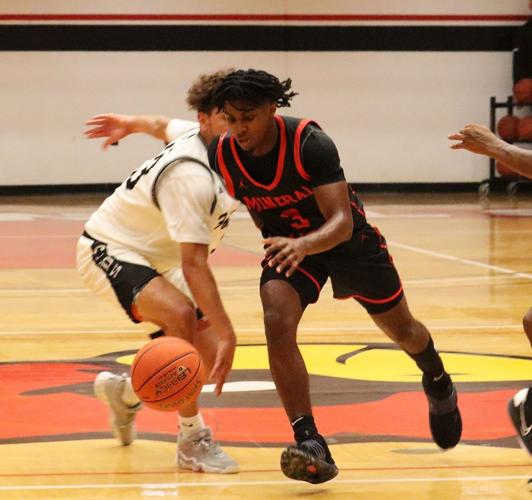 Franklin struck Mineral Area forward Lamontay Daughtery, who possessed the ensuing rebound above his head, in the midsection before turning to chest bump Devon Barshow.

Players were separated before the animosity could escalate into something worse, and the Cardinals were further inspired to resume a total thumping on the scoreboard.

Mineral Area played 9 ½ unbroken minutes of scoreless defense, and routed the Greyhounds 83-34 on Saturday evening after holding the visitors to 10 second-half points.

Franklin was ejected as result of double technical fouls with 12:21 remaining. Cardinals guard Za-Ontay Boothman was also tossed moments later for comments while walking toward his bench with Daughtery.

Although the score was already lopsided at 55-24 when tempers flared, no visible strife between the teams had occurred during the previous action.

Dior Connors netted a game-high 16 points, including his third 3-pointer after Dylan Williams dribbled through three trapping defenders to locate him alone in the right corner.

That field goal created a 31-20 lead for MAC, and spurred a 12-2 run over the last three minutes of the first half. Connors followed a driving layup by Williams with another 3-pointer.

Devon Barshow connected three times from beyond the arc while scoring 13 points, and drove from midcourt to throw down an impressive one-handed dunk late in the contest.

Mineral Area (10-2) forced 26 turnovers unofficially, and wrapped a perfect five-game homestand while holding its sixth opponent to less than 50 points.

The Greyhounds would not score again until forward Baker Beal spun in the paint with 10:37 remaining, on the heels of a 15-0 Mineral Area surge.

The Cardinals produced points more frequently from there, as forward Amarion Dickerson began to dominate at both ends of the court with emphasis on the boards.

Dickerson zipped a driving pass to Amarion Wilson for a 3-pointer, then leaped high to dunk a perimeter lob from Wilson on the next possession at 70-33.

Mineral Area put 12 players in the scoring column once Tristan Brand and Jonah Burgess combined to sink 3-of-4 free throws, resulting from backcourt and technical fouls against Andre Norris with 1:40 remaining.

Fort Scott stayed within 17-14 after Franklin muscled in a shot through traffic for a 3-point play, and O’Neal found Lamarcus Penigar ahead of the pack for a layup.

Crisp passing by MAC enabled Ibrahim Drame and Barshow to answer from long range, and Daughtery followed a missed triple to complete a 10-0 spurt.

Drame chipped in seven points and six rebounds for the Cardinals, who will face Lewis & Clark on Sunday at the St. Louis Shootout.

PARK HILLS – The ability to draw fouls and convert from the line rescued a Mineral Area offense that stumbled to the finish line on Saturday night.

SEDALIA, Mo. – Dylan Williams provided the last 10 points for his team over the final 2:10, and the Mineral Area men continued their sustained…