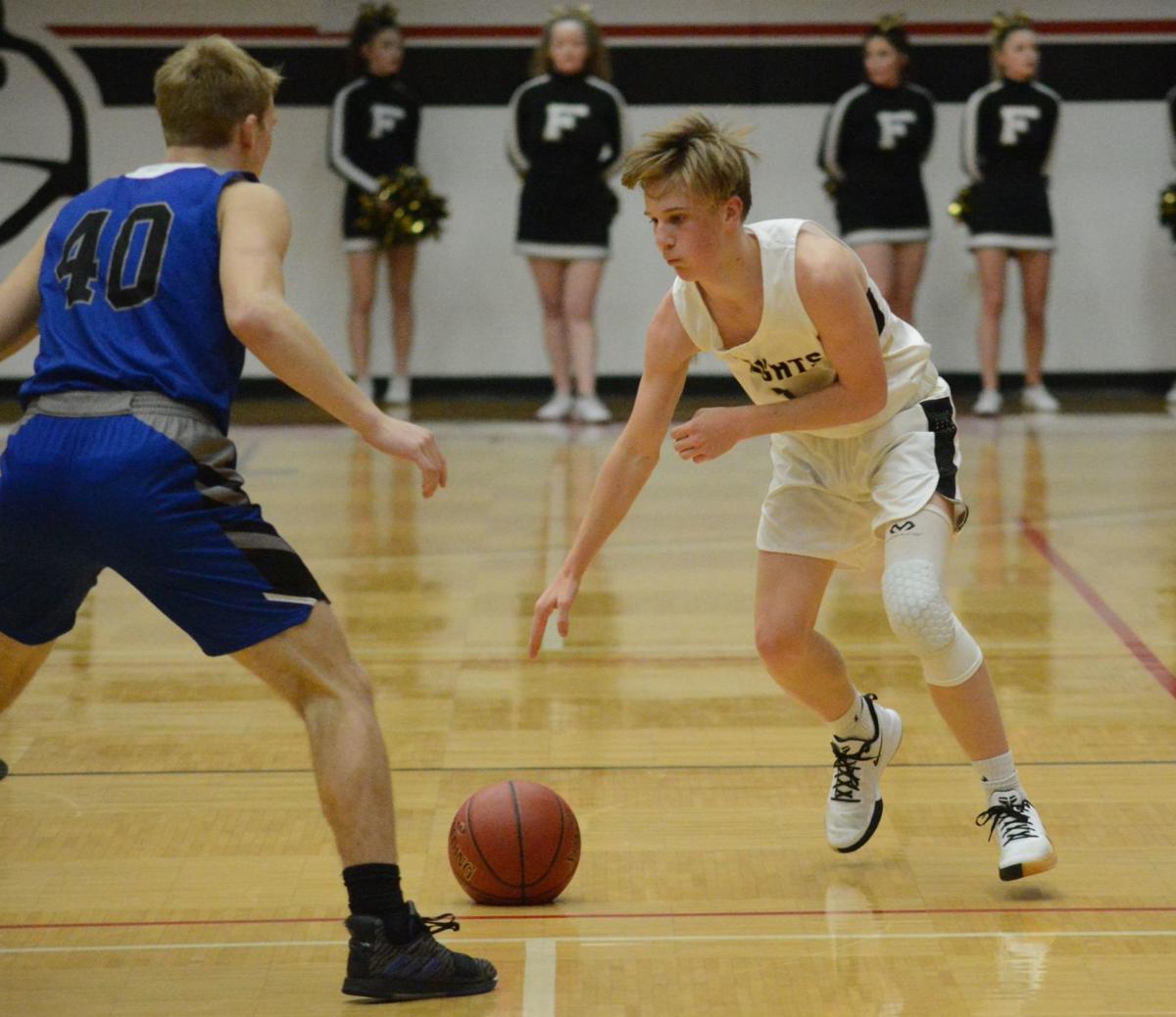 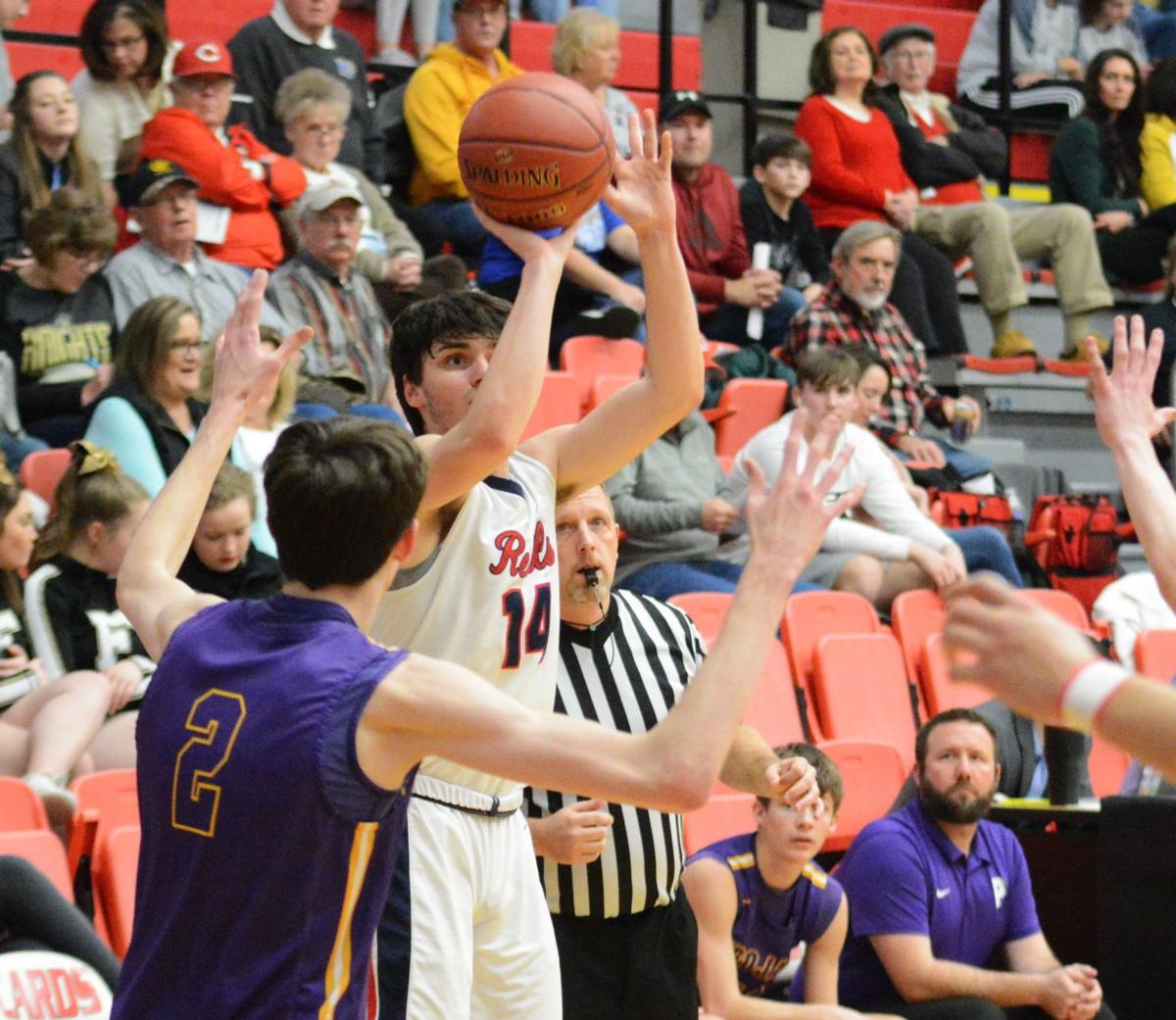 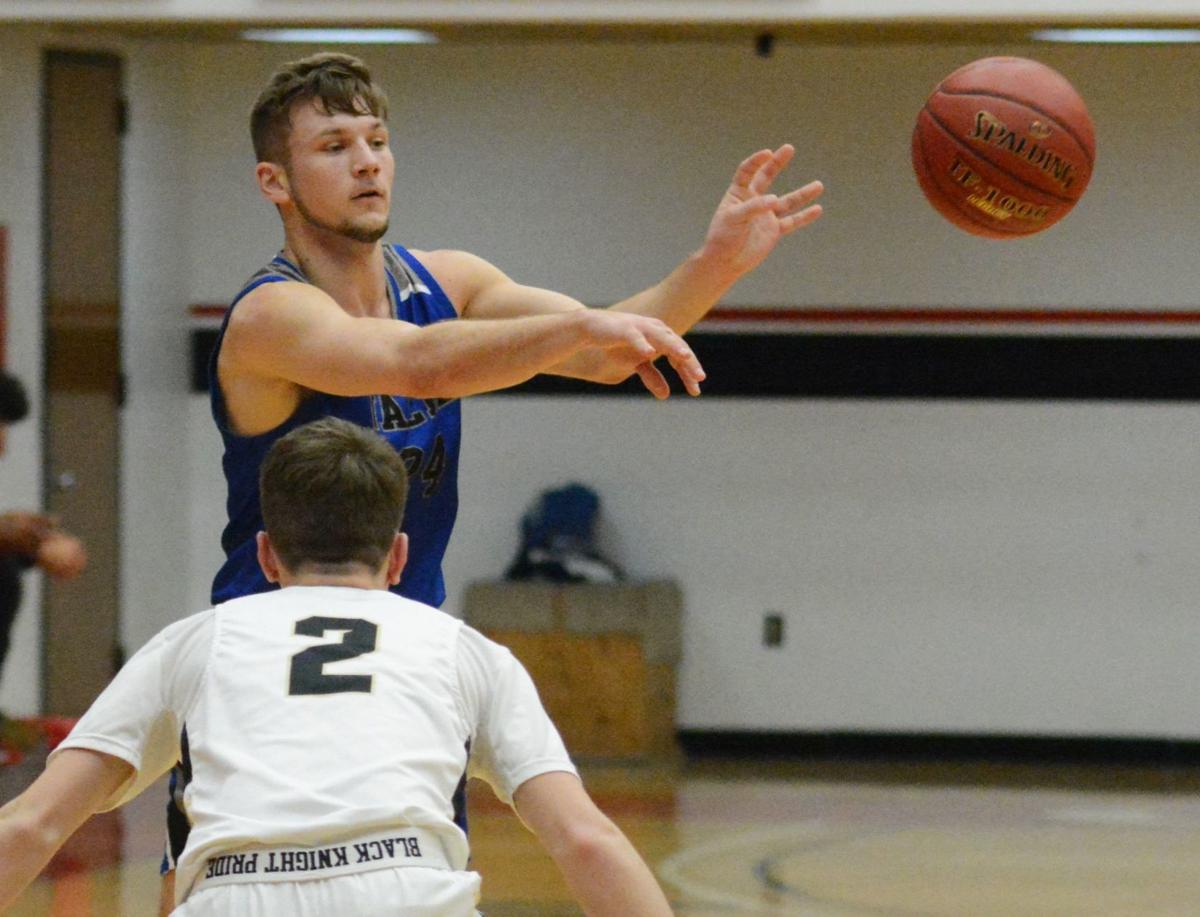 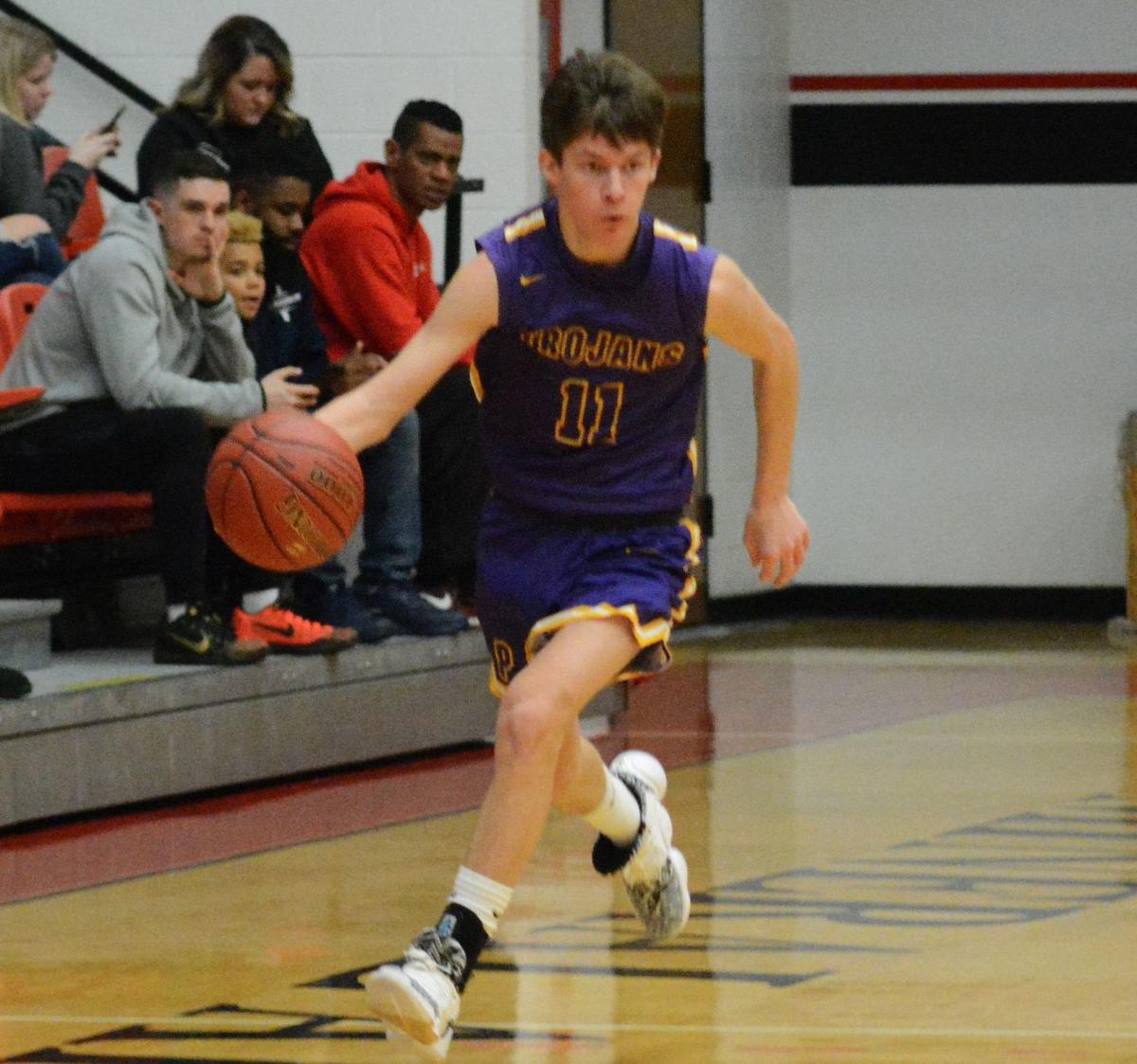 PARK HILLS – A lackluster effort on the boards and several lethargic offensive possessions in the first half caused the Farmington boys basketball starting lineup to be replaced in a mass substitution.

Head coach Terry Noble fully understood the threat that Valle Catholic posed. Once trailing by six points in the fourth quarter on Monday night, his players finally got the message.

Sophomore Isaiah Robinson scored nine of his 17 points during the final period, and keyed a closing 7-0 run as the Knights prevailed 58-51 in the quarterfinal round of the MAAA Tournament.

Fourth-seeded Farmington (12-8) outscored the Warriors 20-7 over the last 6 ½ minutes, and advanced to face Central on Friday in a rematch of their recent overtime thriller.

Jacob Jarvis made a pivotal midcourt steal and layup at 51-50, marking only the second Farmington lead since Robinson opened the third quarter with a 3-point play.

Robinson finished a go-ahead drive off the glass with 1:44 remaining, and altered an ensuing shot before blocking another. Bracey Blanton pushed the margin to four with a slashing layup.

Valle Catholic (14-9) overcame the interior size of the Knights with aggressive effort, and bolstered its upset hopes with a sudden surge from the perimeter.

Carter Hoog was handed the ball back on an inbounds play, and drilled a twisting 3-pointer at the buzzer after Kyle Gielow dived on the floor to save possession with 2.2 seconds left in the third.

Chase Dunlap added triples from the right wing and left corner on consecutive attempts, and the fifth-seeded Warriors enjoyed their largest lead at 44-38.

Farmington focused more on attacking the basket from there. Jarvis and Brant Gray converted layups before Robinson banked from the low post to square the contest at 46-46.

Blanton capped the scoring with two free throws while ending with 14 points. Jarvis provided 11 points, and Gray grabbed seven rebounds in the victory.

Hoog had a game-high 18 points, and Dunlap netted 14 for Valle Catholic, which entered halftime with a 25-24 lead. The back-and-forth battle contained 11 ties.

Blanton capped a 7-2 start for the Knights with a driving layup. The Warriors responded with triples from Chase Fallert and Hoog, and Cory Stoll cashed in a fourth chance to lead 10-9.

PARK HILLS – Central forced 11 turnovers in the first quarter, and coasted into the MAAA Tournament semifinals as the top seed with a 69-52 triumph over Potosi.

Breven McMullen scored 21 points, and Brent Wagner totaled 18 points with seven rebounds for the Rebels (16-4), who will meet Farmington on Friday night.

Drew Hamski drilled consecutive 3-pointers late in the first quarter, and McMullen beat the buzzer with his second triple to establish a comfortable 25-6 advantage.

Central found its stride early on. Freshman guard Mason Williams made a steal before spotting Wagner ahead in transition, and Wagner cashed in his own takeaway moments later.

Senior forward Kaleb Coffman opened the game with an uncontested dunk for eighth-seeded Potosi (4-16), but the Rebels answered with a 22-2 outburst over the next 6:40.

The Trojans were successful in preventing the scoring disparity from increasing, and made its nearest approach after halftime at 41-27 when Bryce Reed hit a layup off broken pressure.

Coffman converted a lob pass from Reed into a 3-point play, and added a putback in the second stanza while pacing Potosi with 15 points.

McMullen sank four jumpers in the second quarter, including a pair of the turnaround variety, and the Rebels maintained a 39-23 edge at intermission.

Malachi Peppers drove end to end for basket through contact for Potosi in the second quarter, but Tyce Laubinger answered from the Central bench with a third-chance putback.

Wagner heated up for 16 second-half points, and capped a personal 7-0 run from long range as the lead stood at 49-32 entering the final stanza.

Peppers compiled 12 points with seven rebounds, and Ryker Walton contributed eight points for the Trojans, who will meet Valle Catholic in the fifth-place bracket on Thursday.

FARMINGTON – All five usual starters for the Farmington boys basketball team were given the night off, and several seniors had no problem embr…

PARK HILLS – The strategic stalemate was indeed bizarre, yet made perfect sense.

BONNE TERRE – The longstanding and emotional rivalry between Farmington and North County has begun to simmer once again on the basketball court.