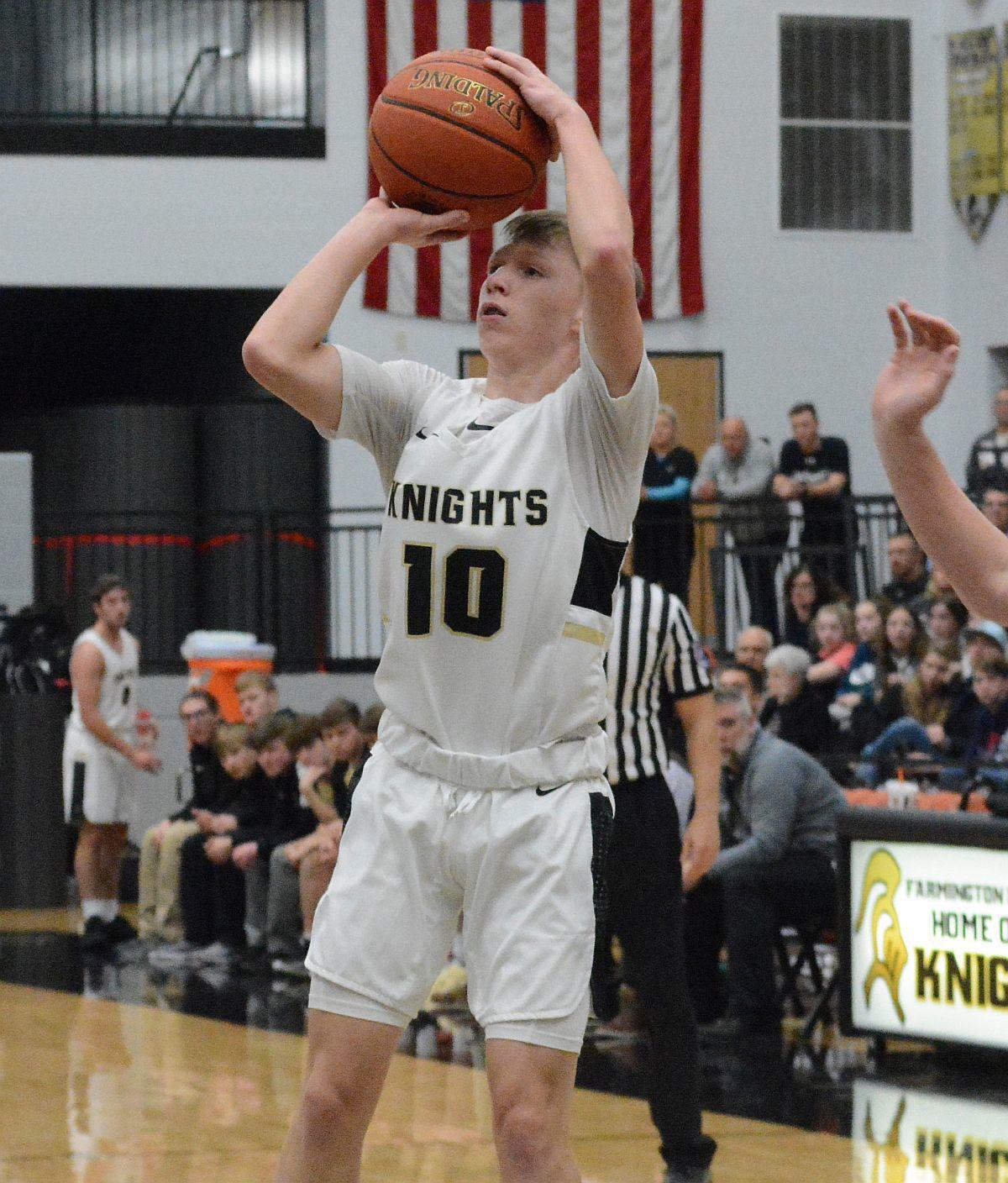 Farmington sophomore J.P. Ruble (10) attempts a mid-range jumper during a game against Kennett on Friday, Jan. 3, 2020. 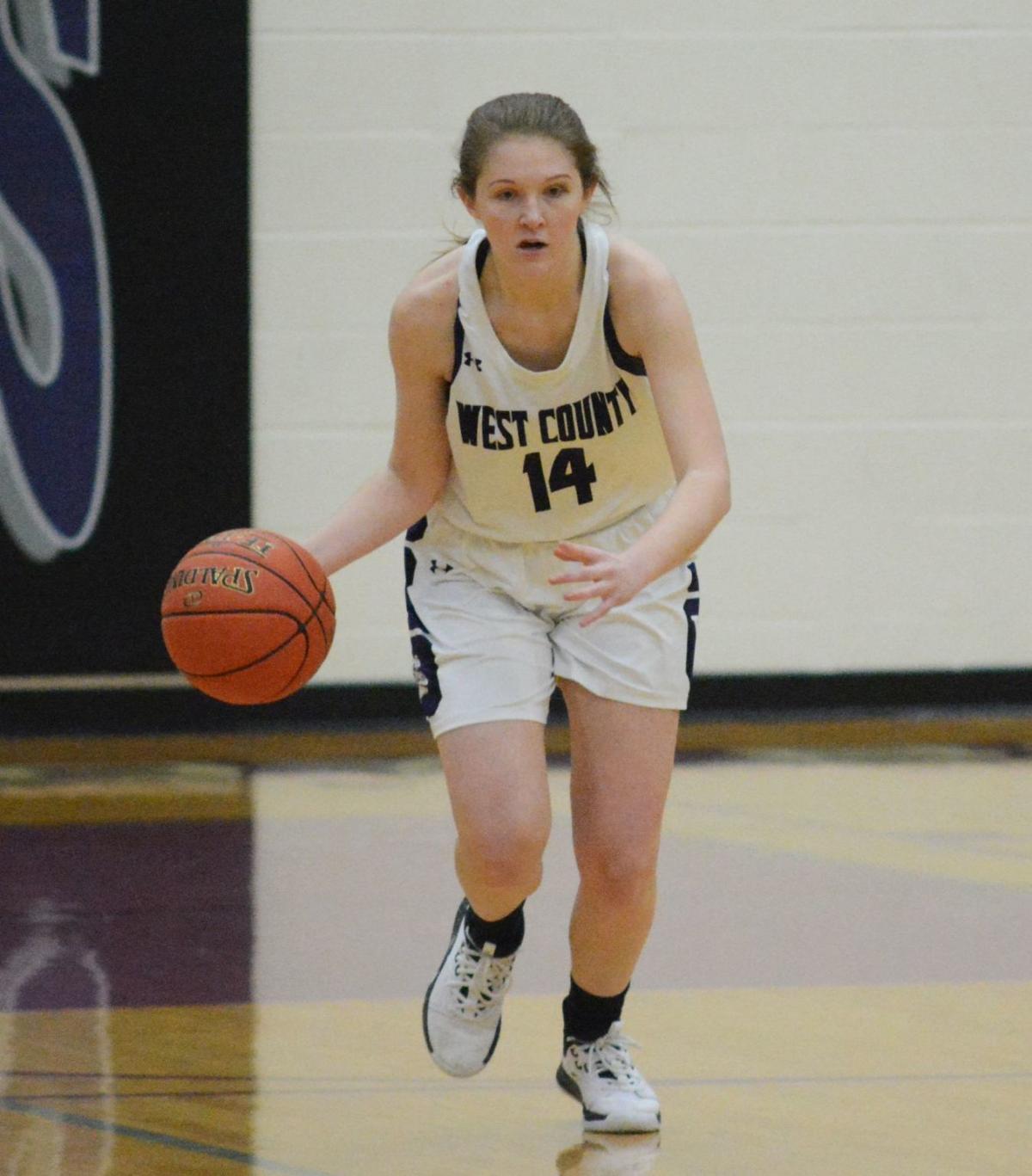 Farmington sophomore J.P. Ruble (10) attempts a mid-range jumper during a game against Kennett on Friday, Jan. 3, 2020.

The Knights completed a furious comeback with a 14-2 run over the last two minutes, and celebrated a wild 64-62 road victory over Seckman.

Ruble matched teammate Isaiah Robinson with 16 points, and Bracey Blanton added 15 more in a balanced performance as Farmington (8-5) rallied from 60-50 down.

Blanton knocked down consecutive 3-pointers – his third and fourth of the game – and Robinson added two crucial baskets to square the contest.

Robinson then made a crucial steal with about 25 seconds left, leaving plenty of time for the Knights to calmly create a winning shot with Ruble doing the honors.

Isaac Hoog netted a game-high 20 points for Seckman (6-5), which bumped a 45-39 advantage at the start of the fourth quarter to double digits on multiple occasions before fading.

The Jaguars bolted to an immediate 15-2 lead. Farmington trimmed the difference to 22-13 entering the second quarter, and was behind 36-30 at halftime.

Madelyn Whitter shared team-high honors with 12 points, and the Lady Bulldogs prevailed 44-29 over Jefferson after allowing just two points in the fourth quarter.

Jefferson marginally trimmed the margin to 28-20 at halftime.

Ciara Ehlers drilled a tiebreaking jumper with 1:59 remaining, and notched a team-high nine points as the visiting Lady Pirates emerged with a 34-30 triumph.

Perryville (7-6) opened the contest on an 11-2 run, but saw that lead evaporate by the midway mark of the second quarter and ultimately rallied from behind.

Valle Catholic (6-8) grabbed a 28-24 lead on a putback by Lauren Staab to begin the fourth quarter, and pulled even at 30-30 when Riley Siebert answered a 6-0 spurt by Buerck.

But the Lady Warriors ended four consecutive possessions with turnovers in their bid to avenge a loss from late December on a neutral court.

The Dragons rolled past Sikeston, suffered a lopsided defeat to Jackson, and notched a second victory against the host club when a 42-42 tie was broken by number of forfeits.

Dale Propst earned a 14-12 overtime win and Myracle added an 8-0 shutout for the Dragons.

Dickens yielded only an escape while topping Griffin Horman of Jackson 7-1.

The Ste. Genevieve girls swept each of their three duals.

Get exclusive local and national political news in your inbox.

How much coffee trivia do you know?