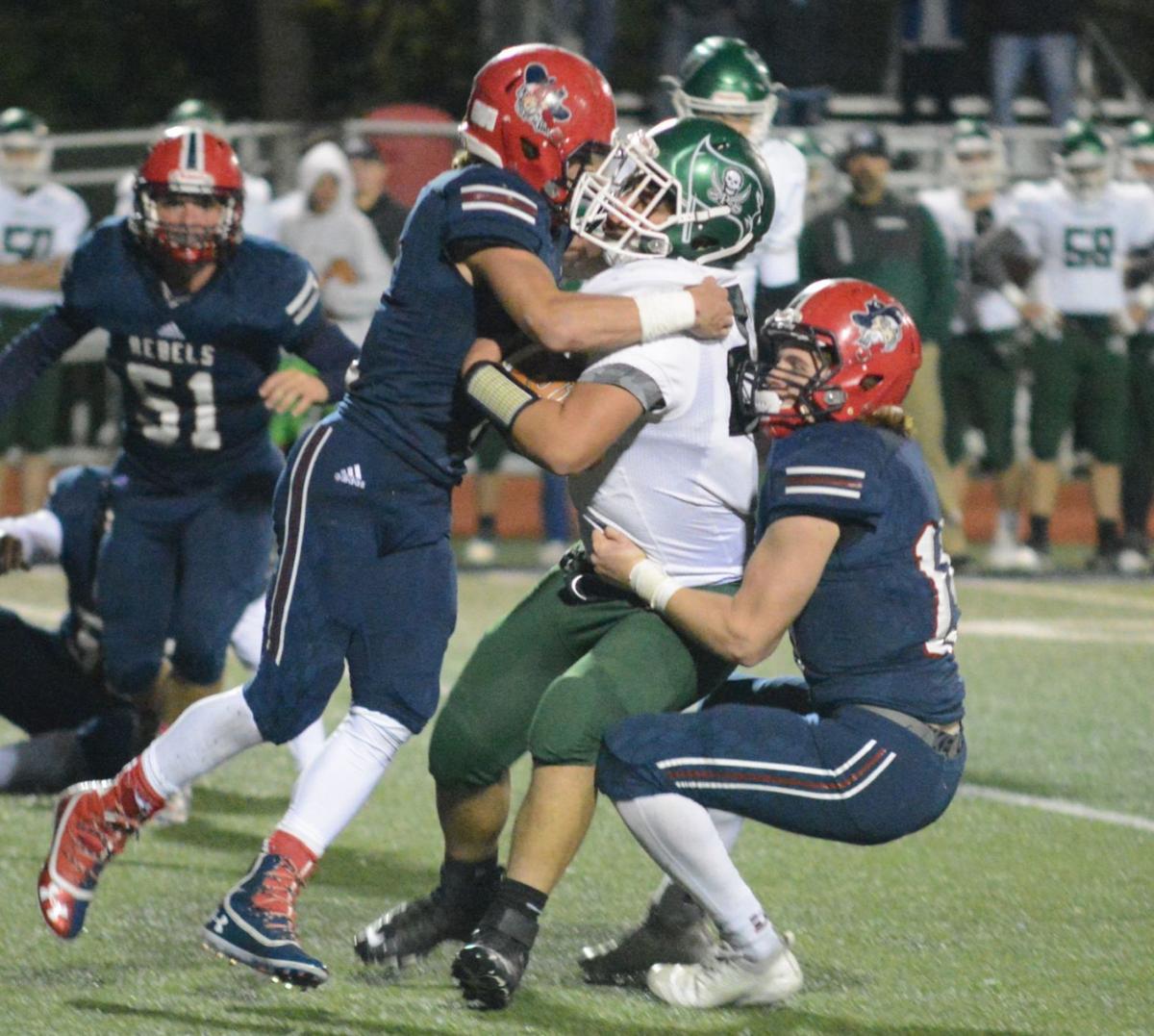 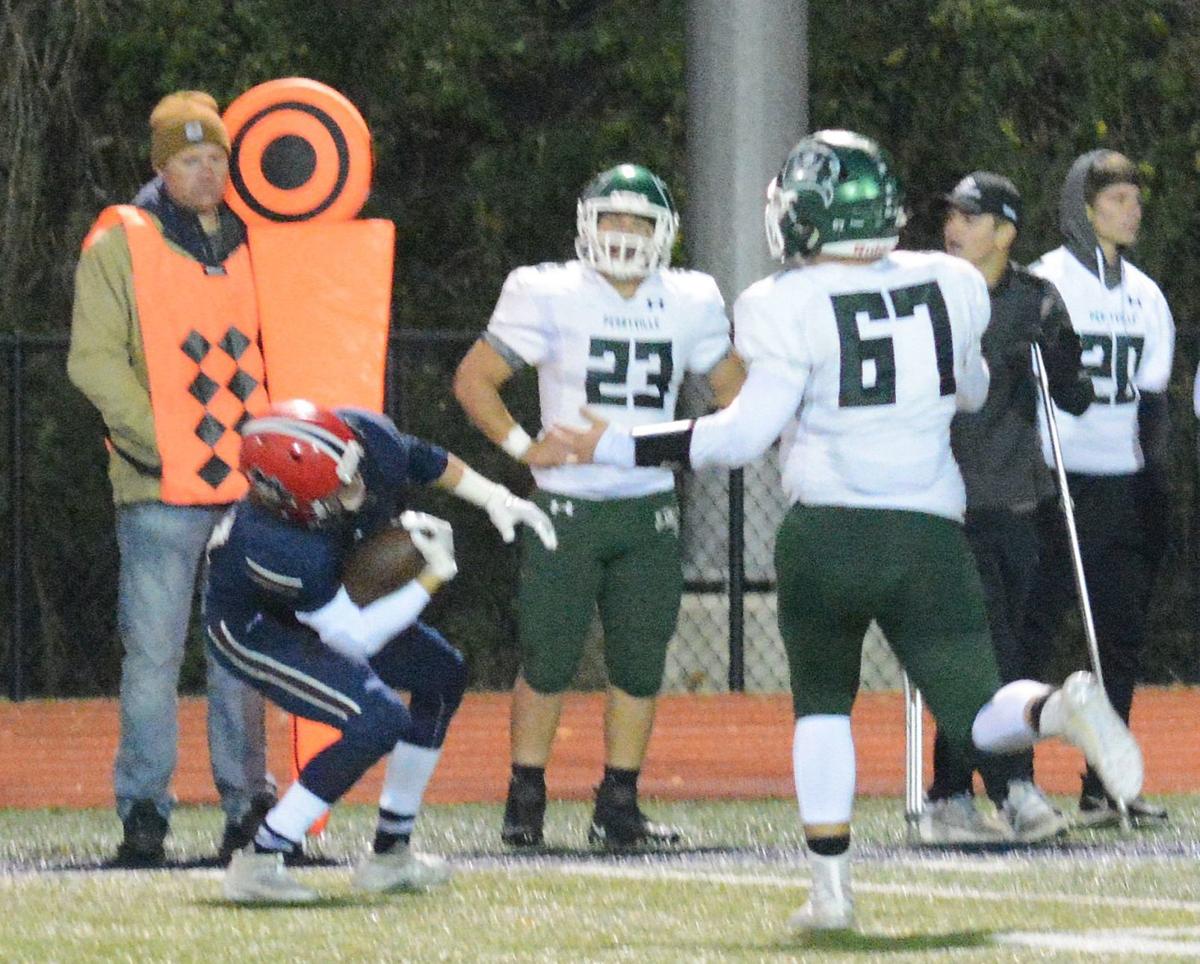 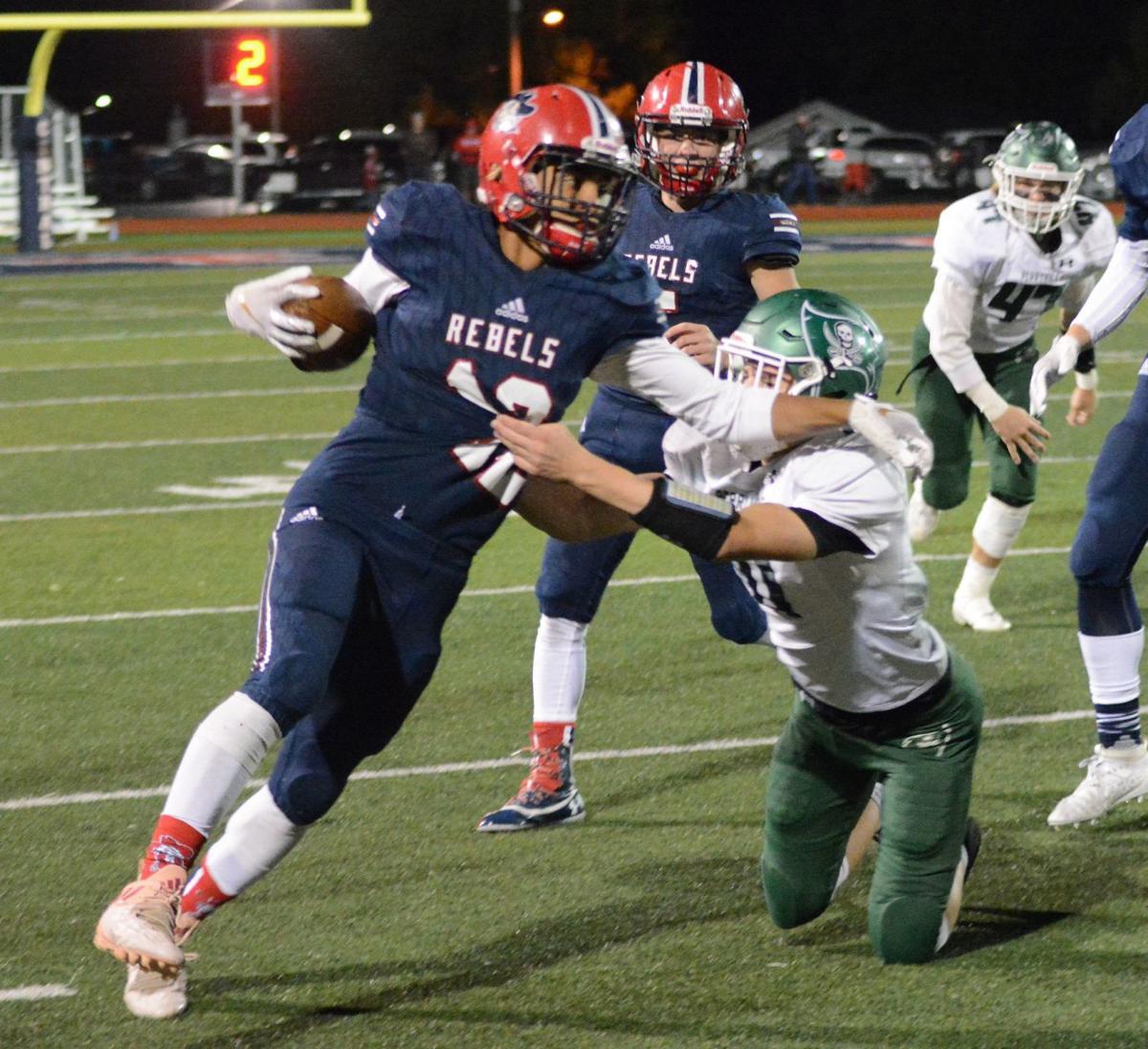 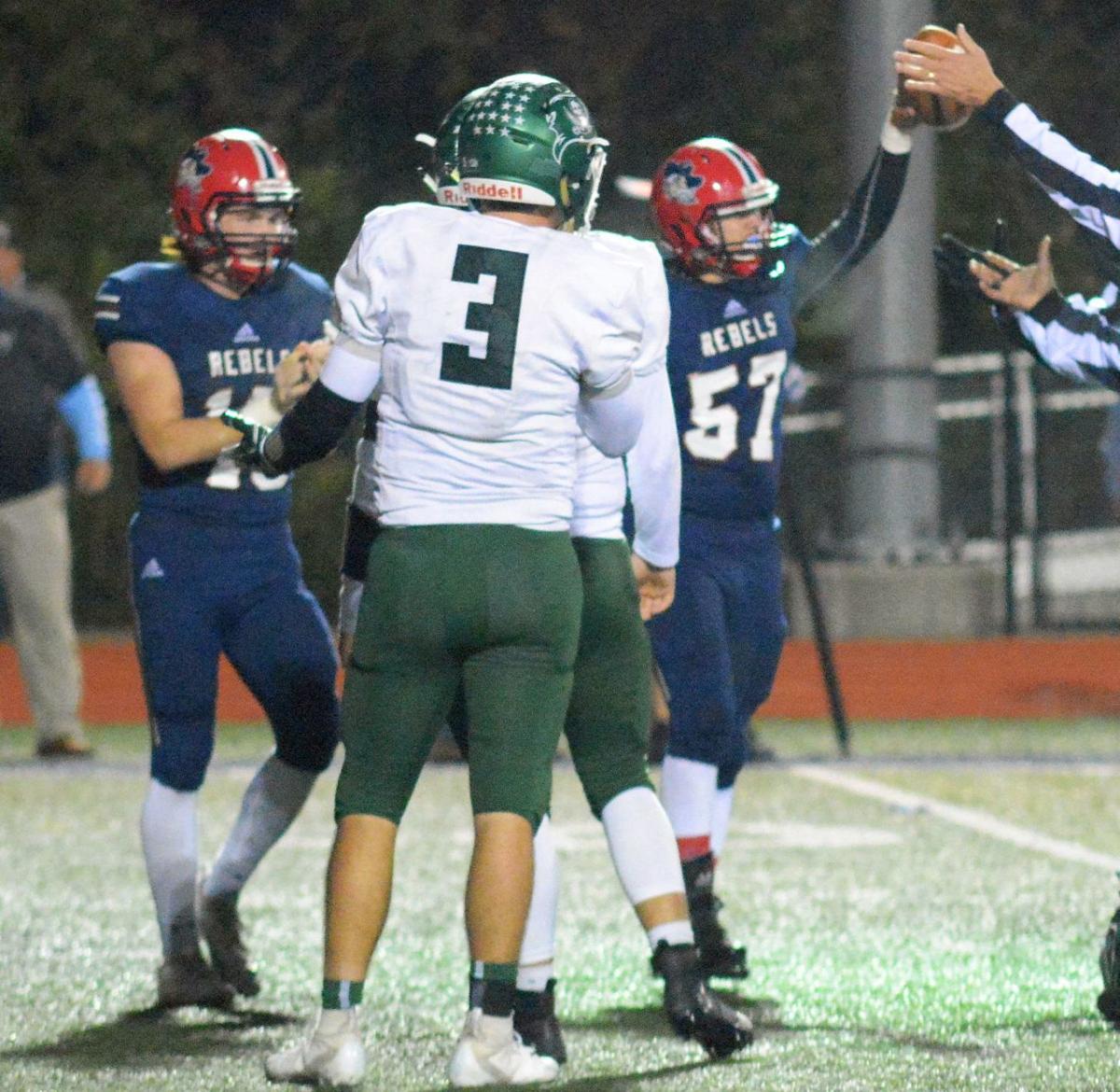 PARK HILLS – Central drove 80 yards in 14 plays, and consumed more than seven minutes of the fourth quarter to avoid a complete Homecoming debacle on Friday night.

Sophomore Dayshawn Welch capped the pivotal march on a 4-yard touchdown run with 4:19 remaining as the Rebels salvaged a 7-6 victory over Perryville.

In a sluggish and chilly battle that saw each squad accumulate less than 200 yards, three takeaways by the Central defense proved especially critical.

Ruger Sutton intercepted a fourth-and-17 pass in the end zone on the first snap of the final period, and the Rebels finally capitalized with Welch leading the charge.

Their team was a perfect 4-for-4 on third-down conversions during the winning possession in absolute contrast to one of its most impotent first halves in years.

Welch slashed through the middle for 17 yards on a pitch, and found the end zone on the ensuing run before Justin Bridges added the key extra point.

Nate Gremminger recovered a Perryville fumble three plays later, and Central melted the remaining clock after Welch earned a first down at the Pirates’ 2.

The outcome all but assured Central (5-2, 4-0) of a No. 2 seed behind Kennett for the upcoming Class 3, District 1 playoffs, due to a number of head-to-head victories over local rivals.

Welch finished with 135 yards on 19 carries in a victory that also secured the outright MAFC White Division title after the Rebels collectively attempted just six rushes prior to halftime.

Perryville (3-4, 1-3) squandered a golden opportunity to extend its 6-0 lead late in the third after Dawson Camden made a leaping 31-yard grab in double coverage to reach the red zone.

Nine penalties totaling 80 yards epitomized the struggle for Central, including two in a row that spoiled its first viable scoring threat earlier in the quarter.

Two holding calls negated a scoring burst by Welch and subsequent TD catch as Blake Bolin muscled his way across the goal line. Bridges came up short on a 46-yard field goal attempt that followed a false start.

Corcoran was 6-of-10 passing overall for 39 yards. Central bumped its current win streak to five despite playing more than 21 minutes before obtaining its initial first down.

The Pirates stalled on their opening drive when a fumbled handoff was recovered by Scherffius, but moved 65 yards on 11 plays for its only points after getting a quick stop.

Quarterback Evan Daugherty gained 25 yards on a keeper out of the spread, and Perryville converted three times on fourth down and short distance to go.

An excellent fake on fourth-and-goal from the 3 enabled Dylan Holt to turn an inside reverse around the right side untouched for a touchdown.

Perryville missed the extra point without its usual kicker available.

The Central defense dominated from there. Defensive lineman Clayton Stanfill batted down a pass to force a punt, and Jason Pyatt sacked Daugherty later in the second quarter.

Gage Manion had a team-high seven tackles, and Trevor Johnson matched Gremminger with six apiece for the Rebels, who will host Dexter in week 8.