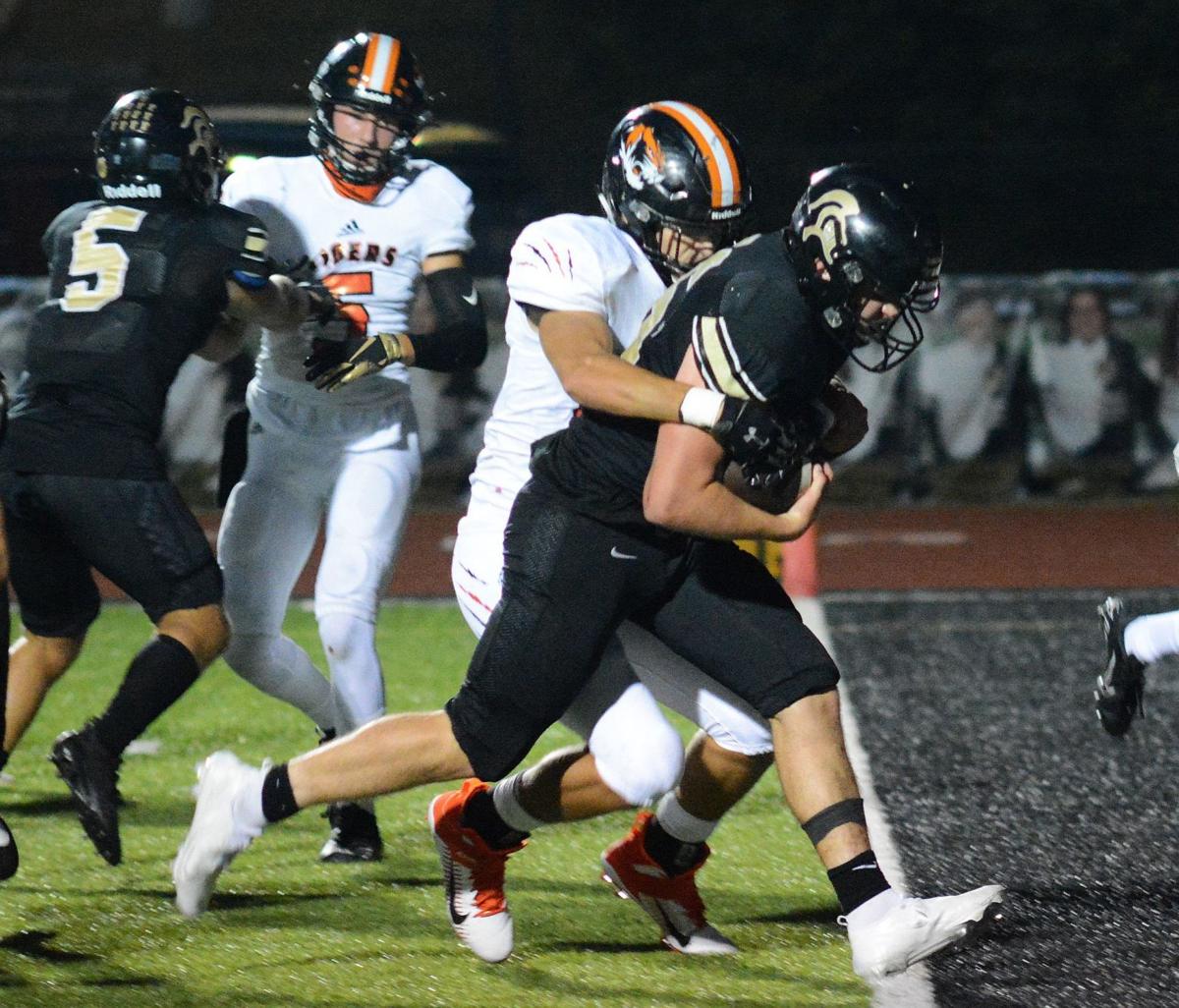 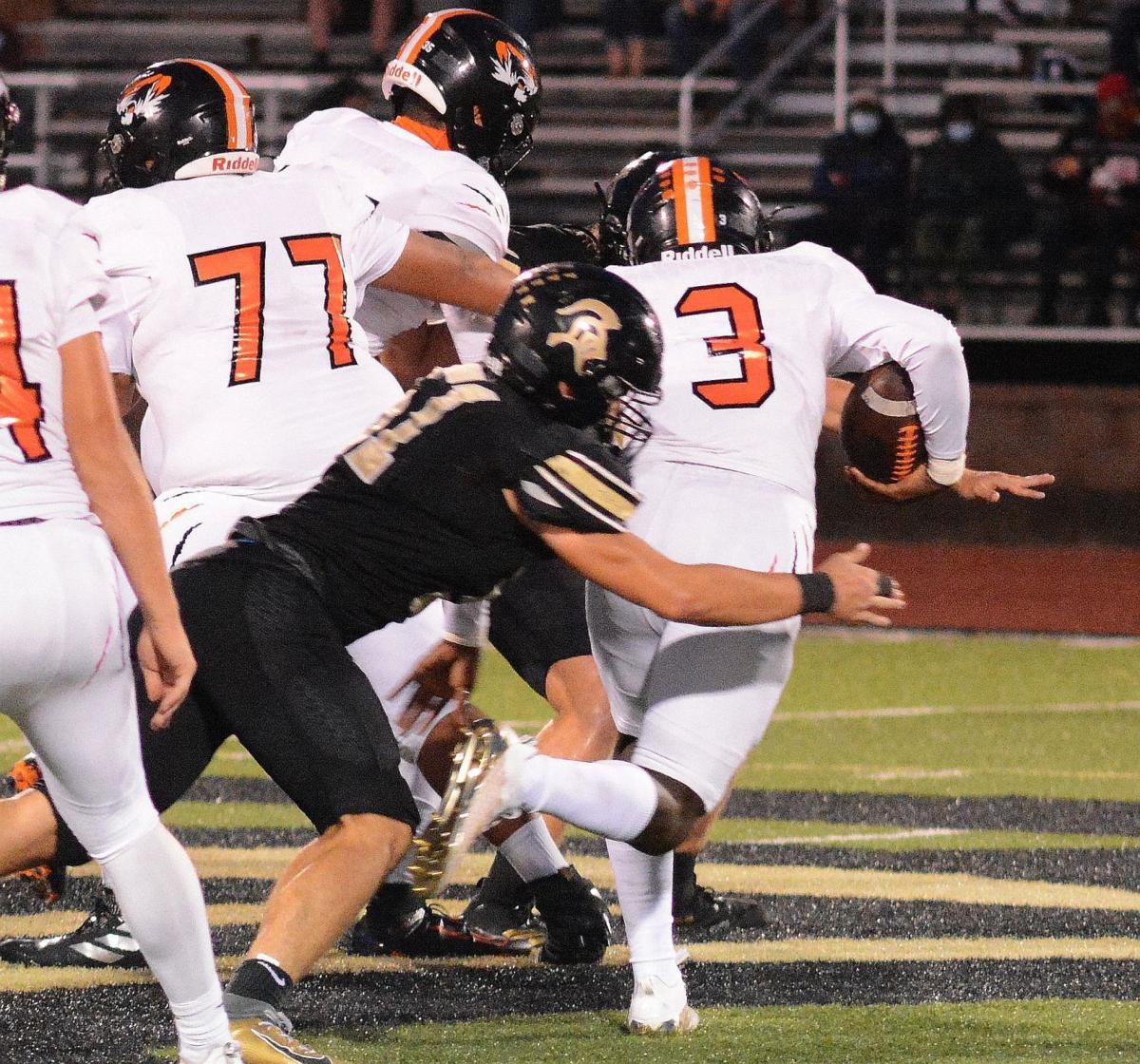 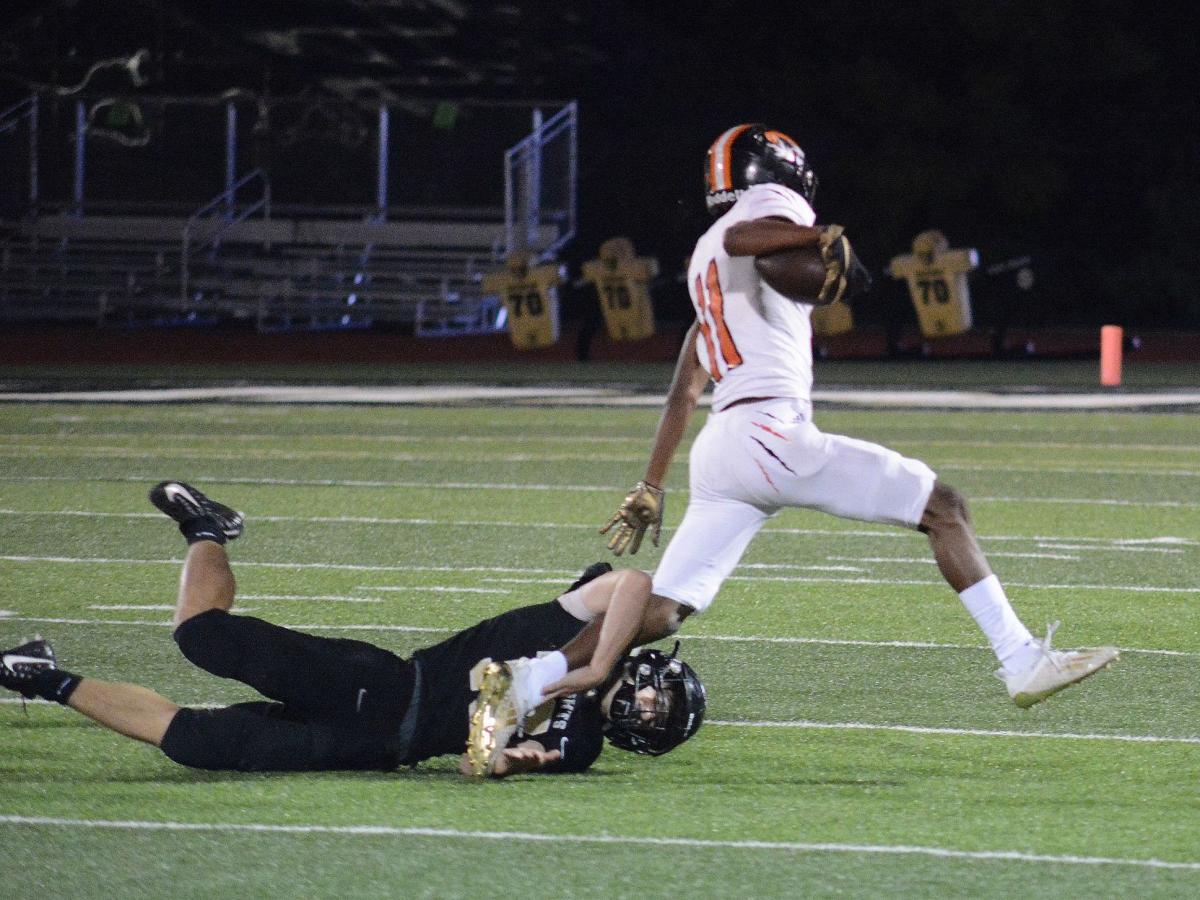 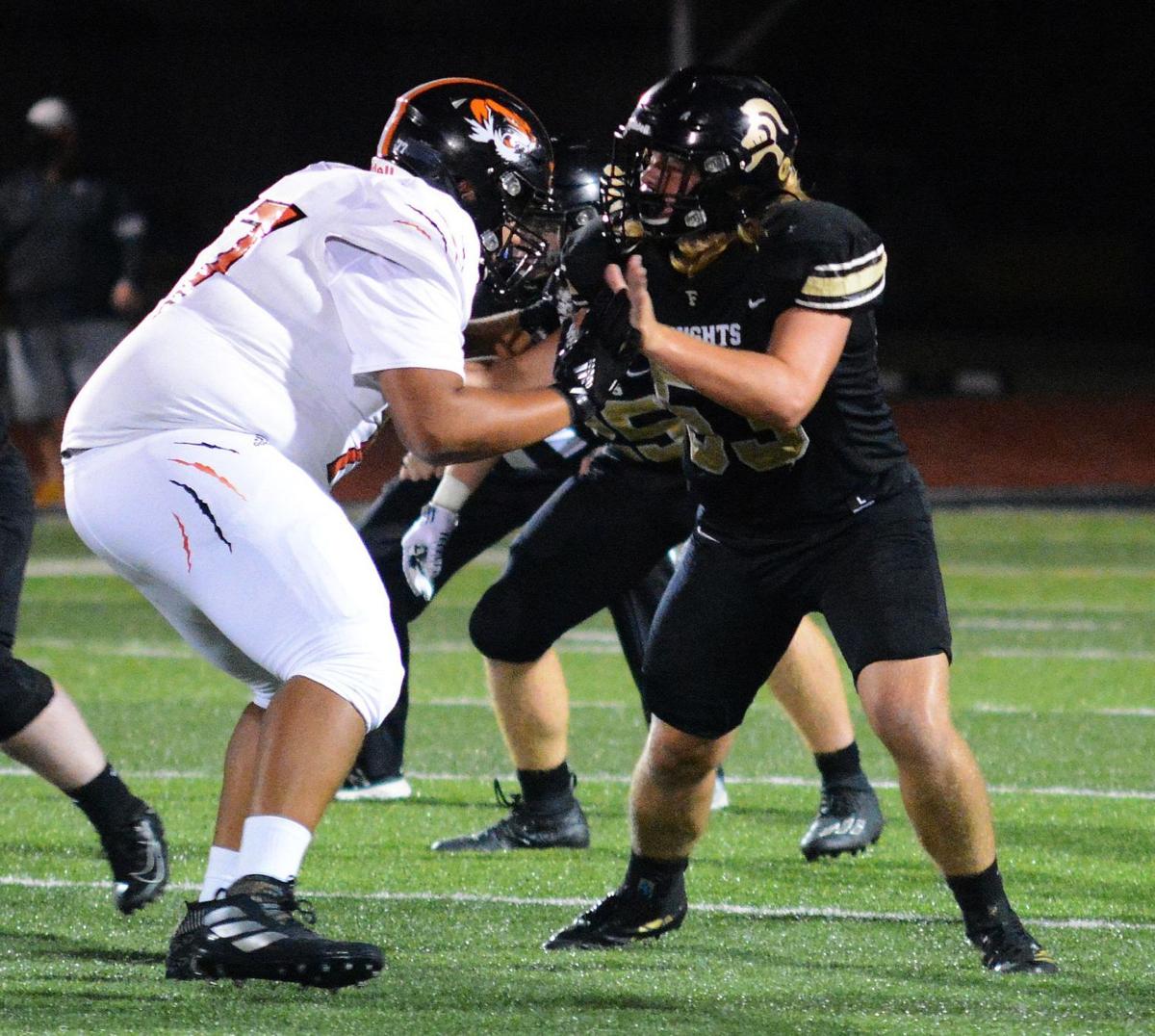 FARMINGTON – The opening drive by the Farmington football team featured nothing outside of the ordinary as senior fullback Braden Botkin carried nine consecutive times between the tackles.

But that sequence steadily gained 72 yards before culminating in the end zone, and helped the unbeaten Knights set the tone for a convincing Homecoming victory on Friday night.

Farmington (5-0, 2-0), ranked ninth this week in the initial Class 5 state poll, defeated Cape Central 37-14 after controlling the first half on both sides of scrimmage.

On the heels of a thrilling 29-28 road triumph at St. Dominic last week, Farmington blocked effectively from the outset, and Botkin repeatedly powered through initial contact.

Botkin picked up 19 yards on the second snap of the game, and eventually scored from the 4. The first 13 Farmington plays had the ball in his hands.

The repetitive success enabled Files to find receiver Brock Hoffman over the top for a 40-yard strike on the Knights’ second possession.

Botkin, who netted 120 yards on the ground by the conclusion of the first quarter, capped an 87-yard drive from the 9 to create a 14-0 advantage with 44 seconds left in the period.

The Tigers had just 7 rushing yards in the first half, and fell farther behind when consecutive low snaps cost them 20 yards and two more points.

Senior interior lineman Judd Cunningham made four tackles for loss on his 18th birthday, and earned a safety once the Tigers retrieved the loose ball.

Cape Central looked to retaliate through the air, but Carter Barnes broke up three separate passes while three other accurate throws from quarterback Morgan Diamond were dropped.

Farmington threatened to increase its 16-0 lead before the break, but a deep throw over the middle was intercepted by Damione Edwards as contact against reliever Isaiah Robinson did not draw a flag.

The Tigers progressed to the Farmington 30 following a 23-yard reception by Henry Brown, but stalled when a fourth-and-5 pass sailed incomplete.

Files spearheaded the ground game after the Knights forced a quick three-and-out to begin the third quarter. He netted gains of 20, 12 and 17 yards on three straight carries.

The margin ballooned to 24-0 after Files scored from the 2 and punched in another keeper for the two-point conversion. His second touchdown covered 20 yards and made it 30-0 three minutes later.

Diamond completed 7-of-20 passes overall for 110 yards, and sparked Cape Central with a 29-yard scramble on the ensuing possession.

Cameron Harris muscled through defenders on a 16-yard run moments later, and snapped the shutout with a 3-yard TD and conversion.

Botkin answered with perhaps his most impressive rumble of the night, dragging tacklers after bolting up the middle for 28 yards. Files followed with his third TD to restore a 37-8 lead.

Brown finished with 57 yards on five catches, and made a sliding grab on fourth-and-goal from the 3 to complete the scoring with 6:17 remaining.

A 40-yard catch by Edwards extended that possession, the longest of the night by Tigers.