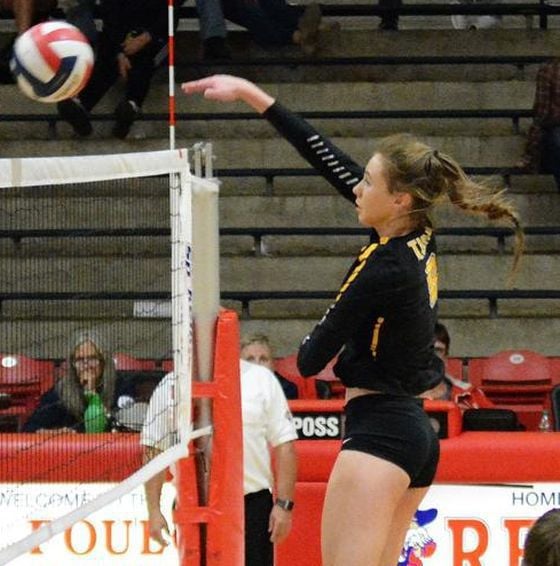 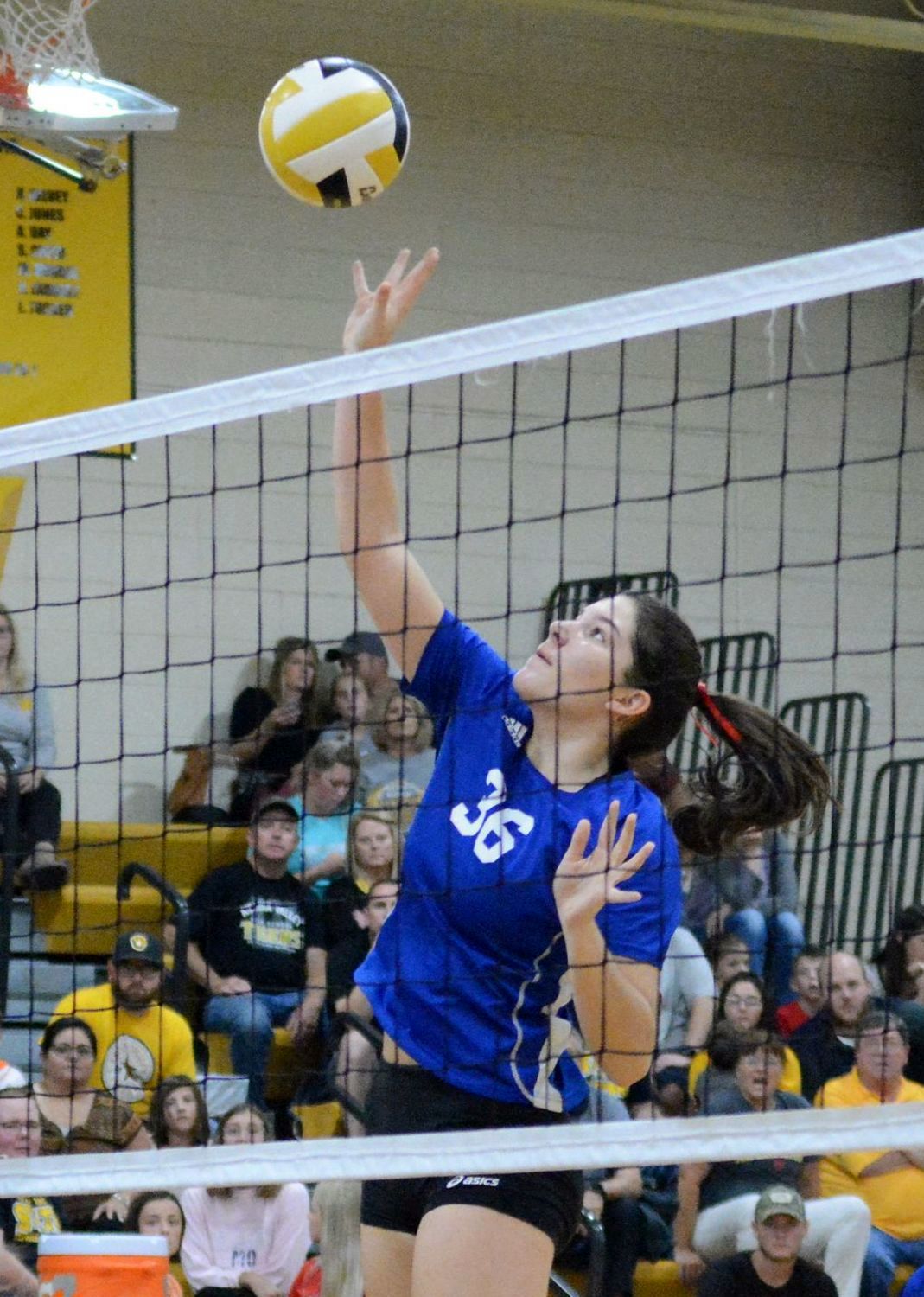 Valle Catholic sophomore Ella Bertram taps a shot over the net during a road match at Arcadia Valley on Thursday, Oct. 10, 2019 in Ironton. 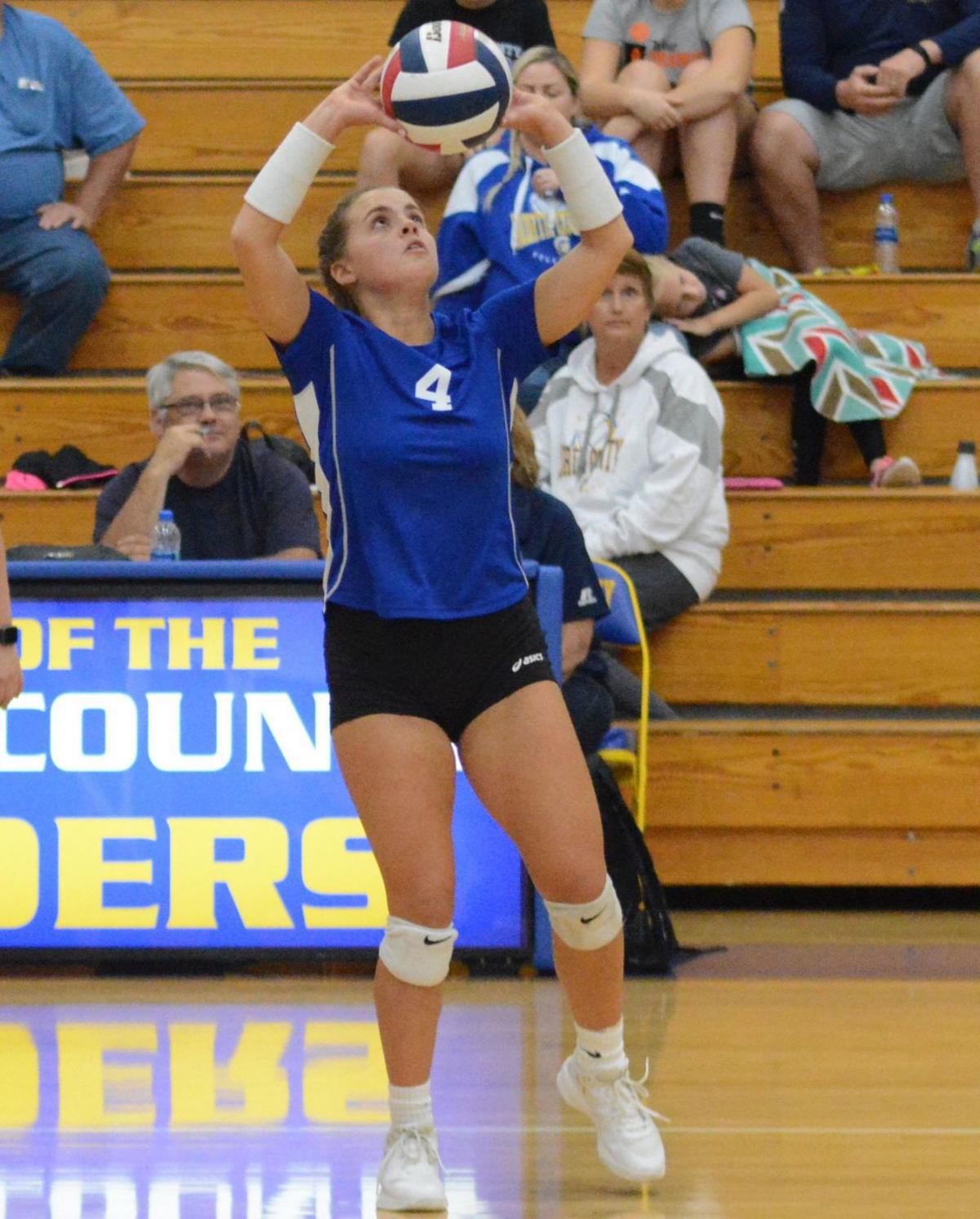 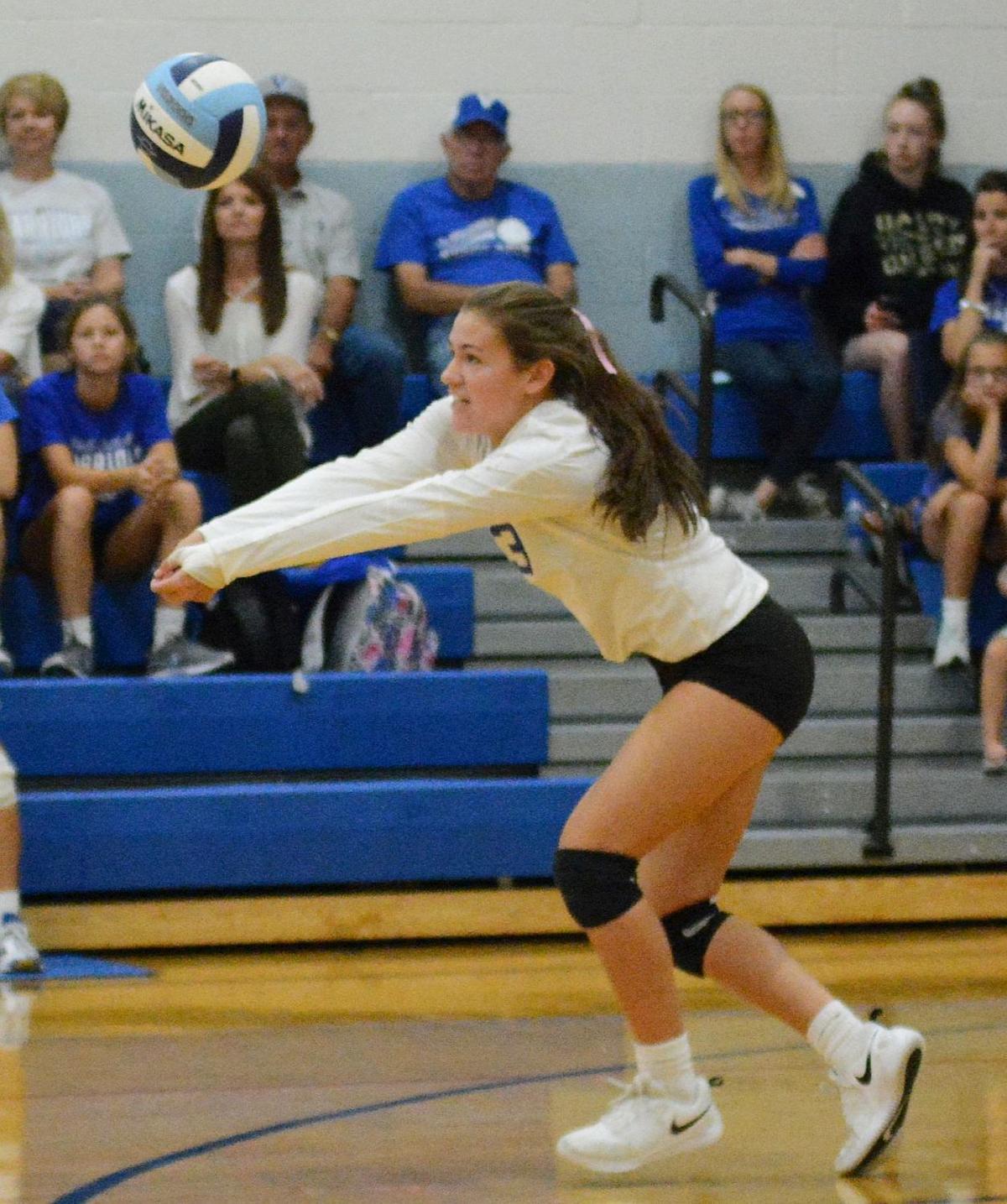 The MAAA Small-School rivals split three-set matches, first in the regular season and next in semifinal action at the conference tournament final.

But the most high-stakes collision occurred late October in a Class 2, District 3 final that was anticipated from the moment the Lady Warriors were elevated from Class 1 enrollment status.

On a neutral court at West County, extra points were needed in both sets with neither squad willing to budge before Valle Catholic emerged with the title 27-25, 31-29.

The star middle hitters from each school were among four players from the MAAA Conference recently chosen for the MHSVCA all-state team in Class 2.

DeMent continued her dazzling varsity career with a third consecutive all-state selection, and reached a personal milestone with more than 1,000 kills in three high school seasons for the Lady Tigers.

Setter and former teammate Macey Browers graduated last May as a four-time all-state performer for AV. DeMent will have an opportunity to equal that feat next year.

The powerful Bertram was joined by two senior teammates on the list of honorees after Valle Catholic advanced to the state quarterfinals and fell just two points shy of the final four.

Senior Rachel Loida was responsible for distributing the ball as setter for three rotations, and became a constant scoring threat from the service line while also helping to bolster the receiving game.

MAAA schools were snubbed in the other three classes for a second straight year, even though Central posted 27 victories. District champion Ste. Genevieve was likewise bypassed by voters.

Valle Catholic sophomore Ella Bertram taps a shot over the net during a road match at Arcadia Valley on Thursday, Oct. 10, 2019 in Ironton.