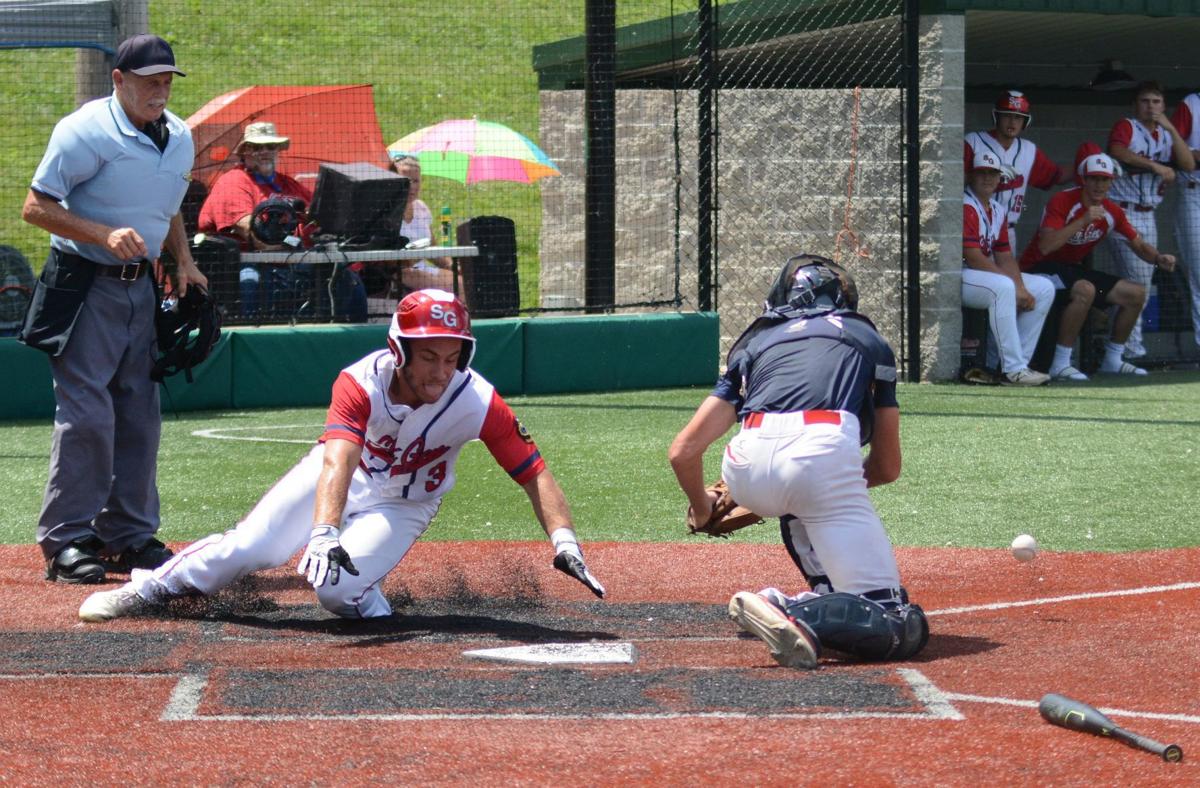 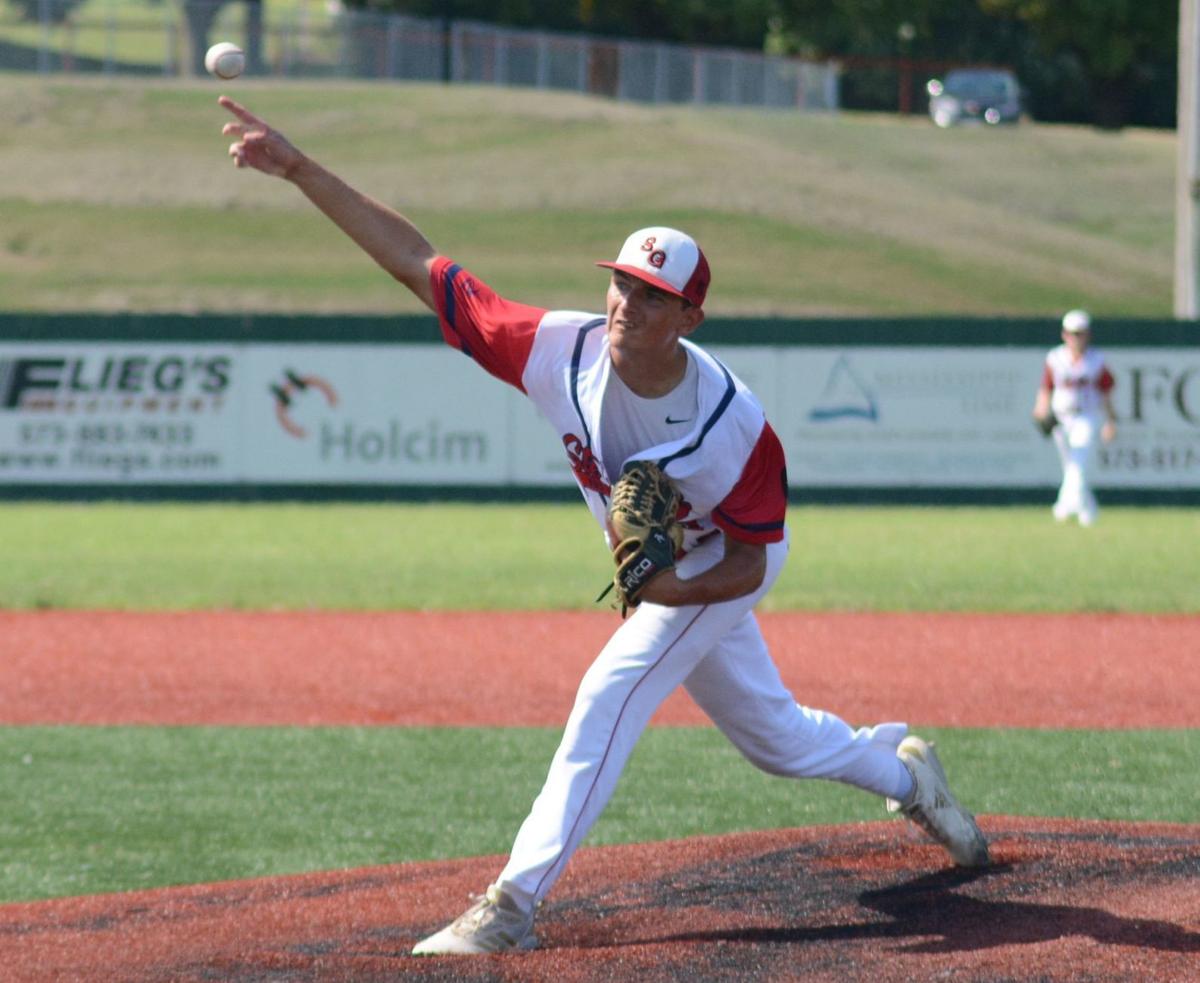 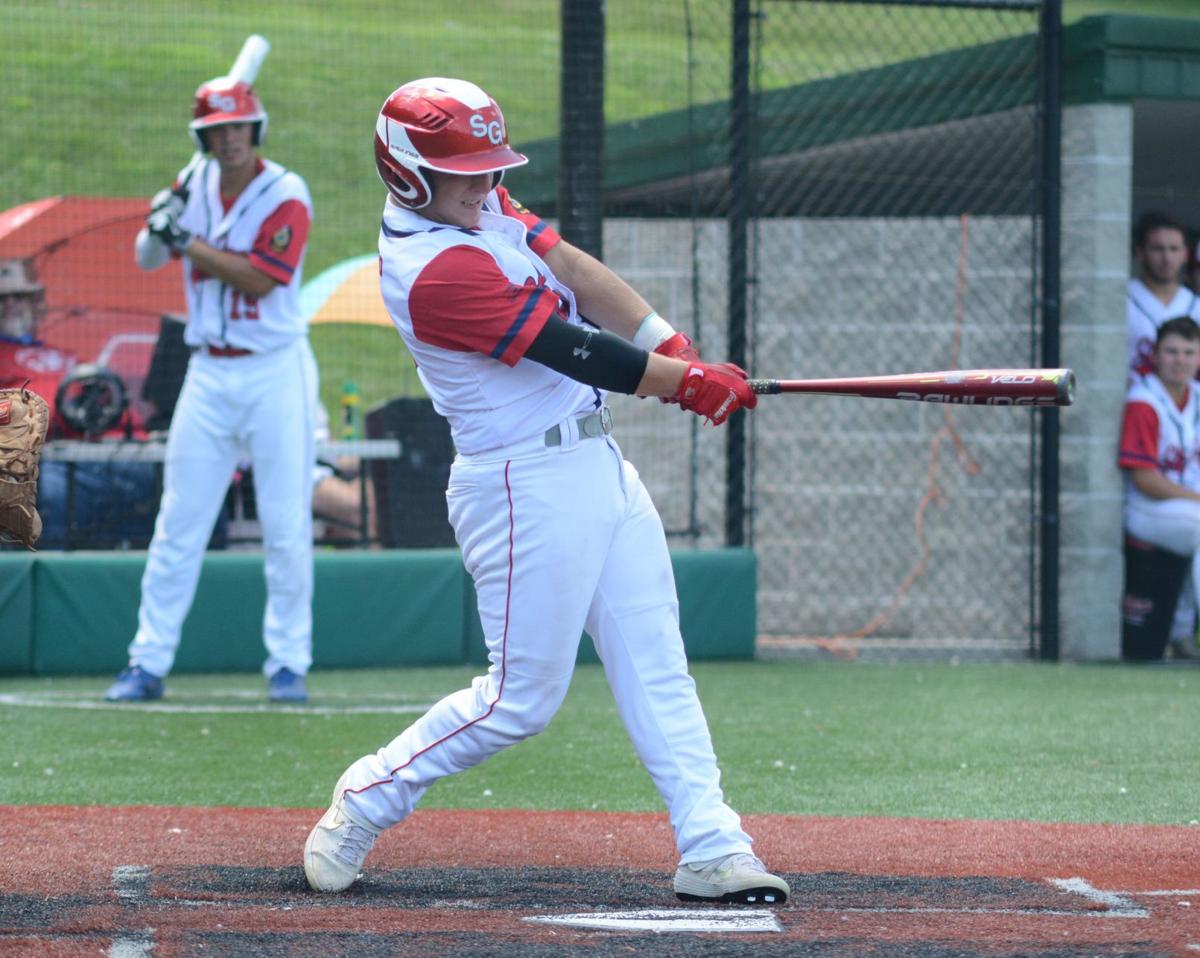 STE. GENEVIEVE – With temperature readings touching the mid-90s on Saturday, Chad Donze did his part to keep the Ste. Genevieve Post 150 defense off the blistering turf at Yanks Field.

The right-hander scattered five hits and pitched an efficient shutout with the assistance of three double plays as the opposing Festus Post 253 lineup grew increasingly frustrated.

Ste. Genevieve prevailed 3-0 in the pivotal and visibly tense winner’s bracket final of the Senior Legion District 13 tournament despite stranding nine runners on base.

Grant Staffen and Kellen Blum each finished 2-for-3, and Post 150 produced two crucial insurance runs in the top of the seventh inning while notching its 12th straight win.

Intensity continued to escalate between the longtime rivals with each missed scoring opportunity, but Donze remained calm and focused from the outset.

He faced a situation with multiple base runners just once in the fifth inning, and fanned Isack Hamilton for one of his five total strikeouts to keep the margin at 1-0.

The outcome carried massive ramifications on the road to a championship under the traditional double elimination format, and coaches acknowledged the urgency by calling upon their respective aces.

Jordan Duncan worked 6 1/3 innings with six strikeouts in defeat, and returned to the mound nine days after tossing his own shutout against district foe Potosi.

Kellen Blum began the second inning with a single through the middle, and advanced two bases when Duncan uncorked a pair of wild pick-off throws with one out.

Donze followed with a shallow sacrifice fly as second baseman Eddie Martin made a sliding catch over his shoulder. Blum alertly tagged up and slid around the skipped incoming throw.

Festus turned a key double play between singles by Staffen and Keaton Boyer in the third, and center fielder Jacob Bridges made a sprinting grab in the gap to prevent extra bases and save a run in the fifth.

Bridges finished 2-for-2 plus a walk from the leadoff spot, but was erased from the base paths all three times. Staffen applied a secondary tag when Bridges slid past second base while stealing in the fourth.

Staffen later taunted the Festus dugout with a gesture, and drew a verbal response after catching a second sharp liner by Duncan to double off Bridges in the sixth.

Post 253 earned a chance for revenge on Sunday after eliminating De Soto 9-5 on Saturday night. Both teams are also guaranteed berths in the upcoming zone tournament.

Post 150 had runners at the corners with no outs in the top of the sixth after Kellen Blum doubled to right and Logan Gegg slapped an opposite-field single.

Donze sought his second RBI on a sinking fly ball. However, left fielder Colby Ott – who singled and was plunked in two plate appearances – fired to cut down Blum at the plate.

Logan Warren was pulled with a 2-0 count to Tyler Blum, who eventually walked to load the bases in the seventh after a potential force out was dropped at second base.

Christian Hancock then balked as Derek Morganthaler was awarded home to make it 2-0, and Boyer tacked on a sacrifice fly to bring in Staffen.

Charlie Pratt doubled with two outs in the Festus seventh after Brian Selby made a nice play to reel in a foul ball near the backstop, but Martin grounded out to conclude the game.

Selby singled and reached base twice for Ste. Genevieve. His defensive workload has increased since fellow catcher Kyle Roth suffered an ankle injury.

QUIZ: What type of Halloween candy are you?