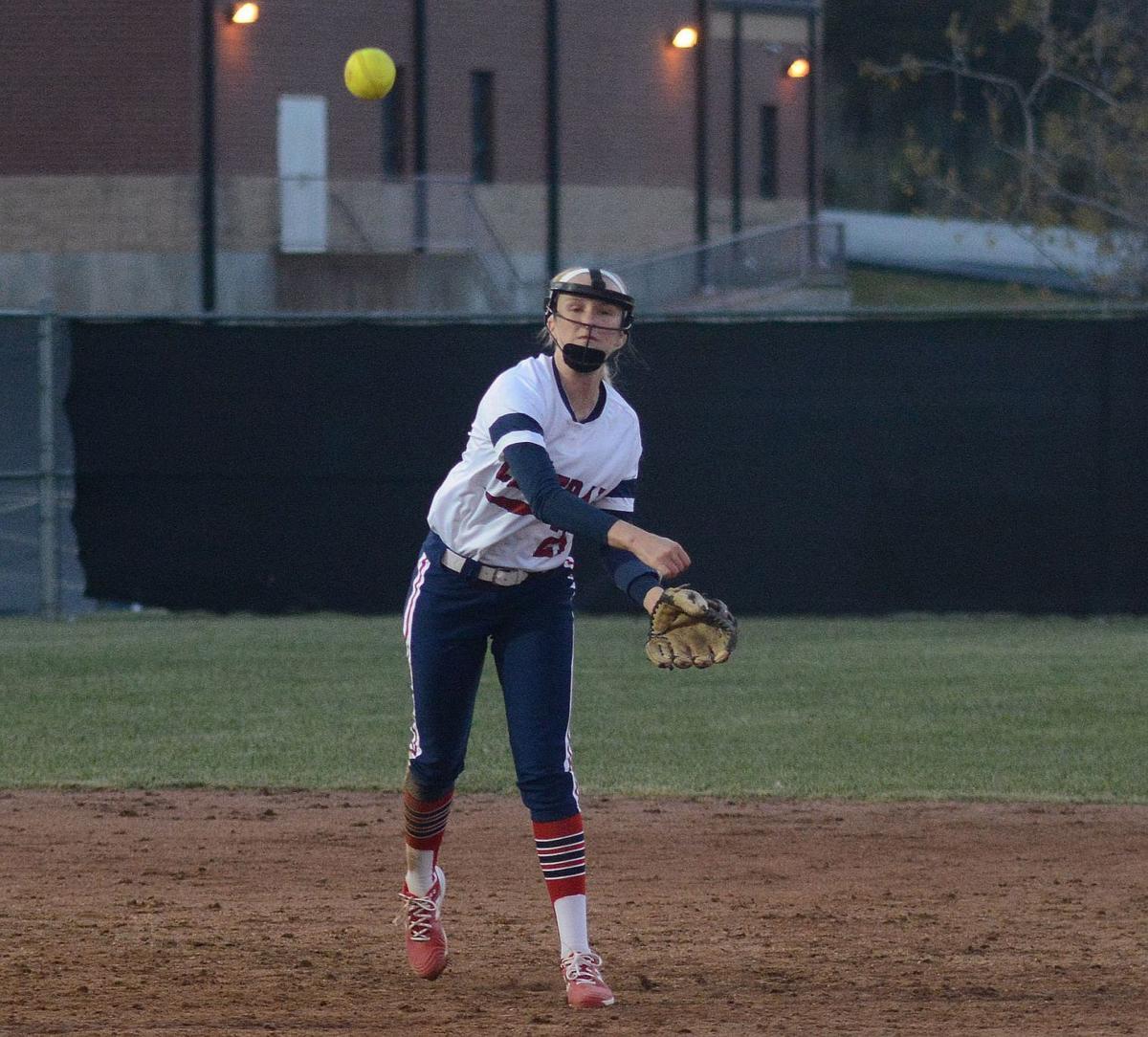 Central senior shortstop Jessica Hulsey throws out a West County batter in the sixth inning of the MAAA softball tournament semifinal against West County on Wednesday, April 21, 2021, in Leadwood. 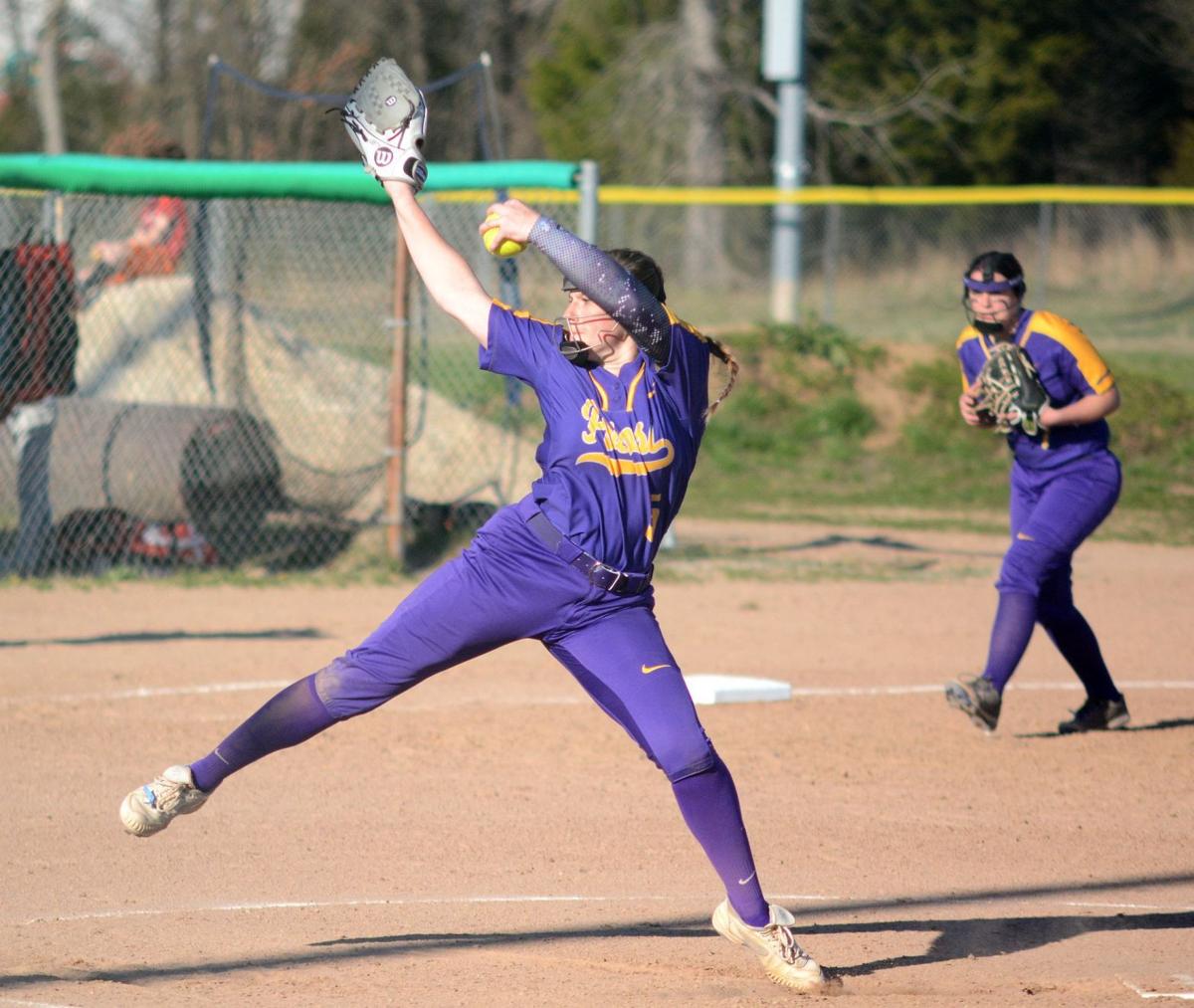 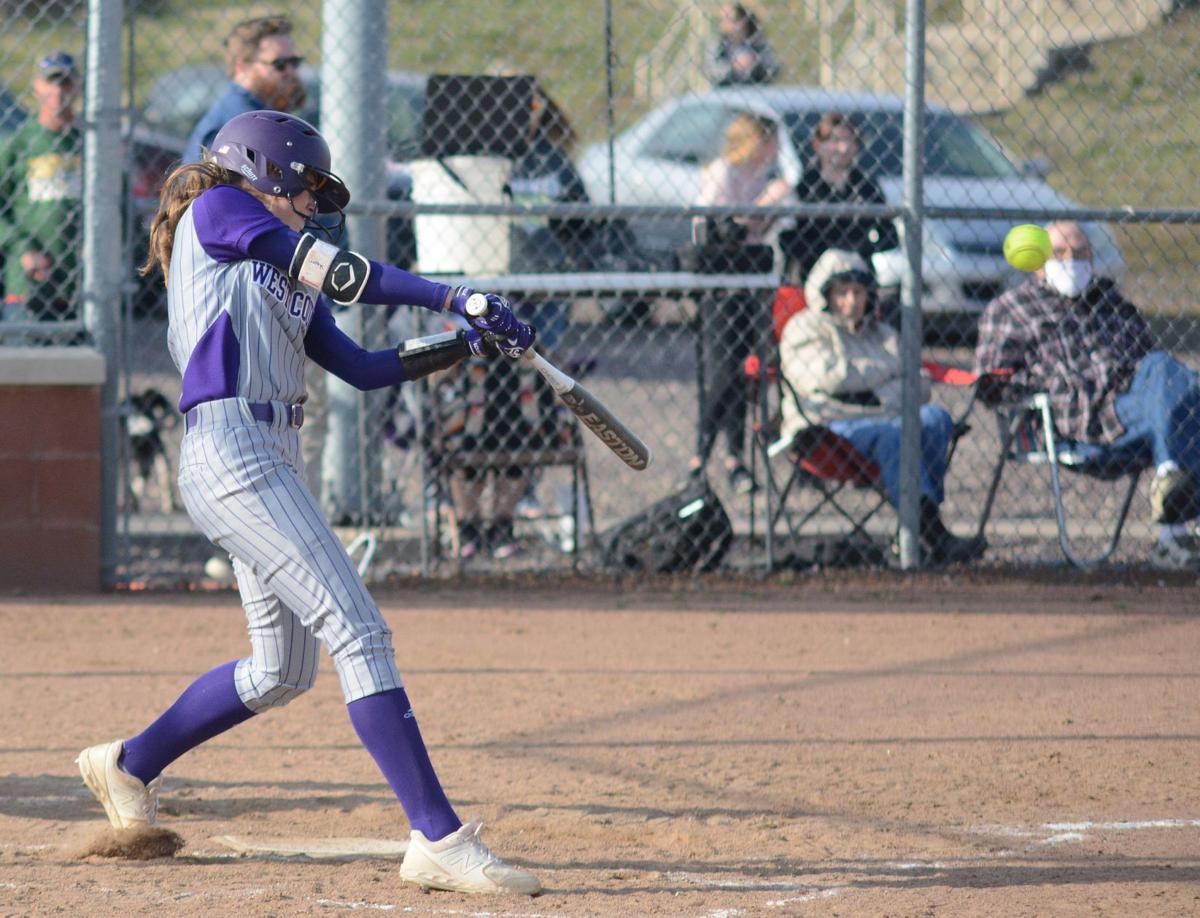 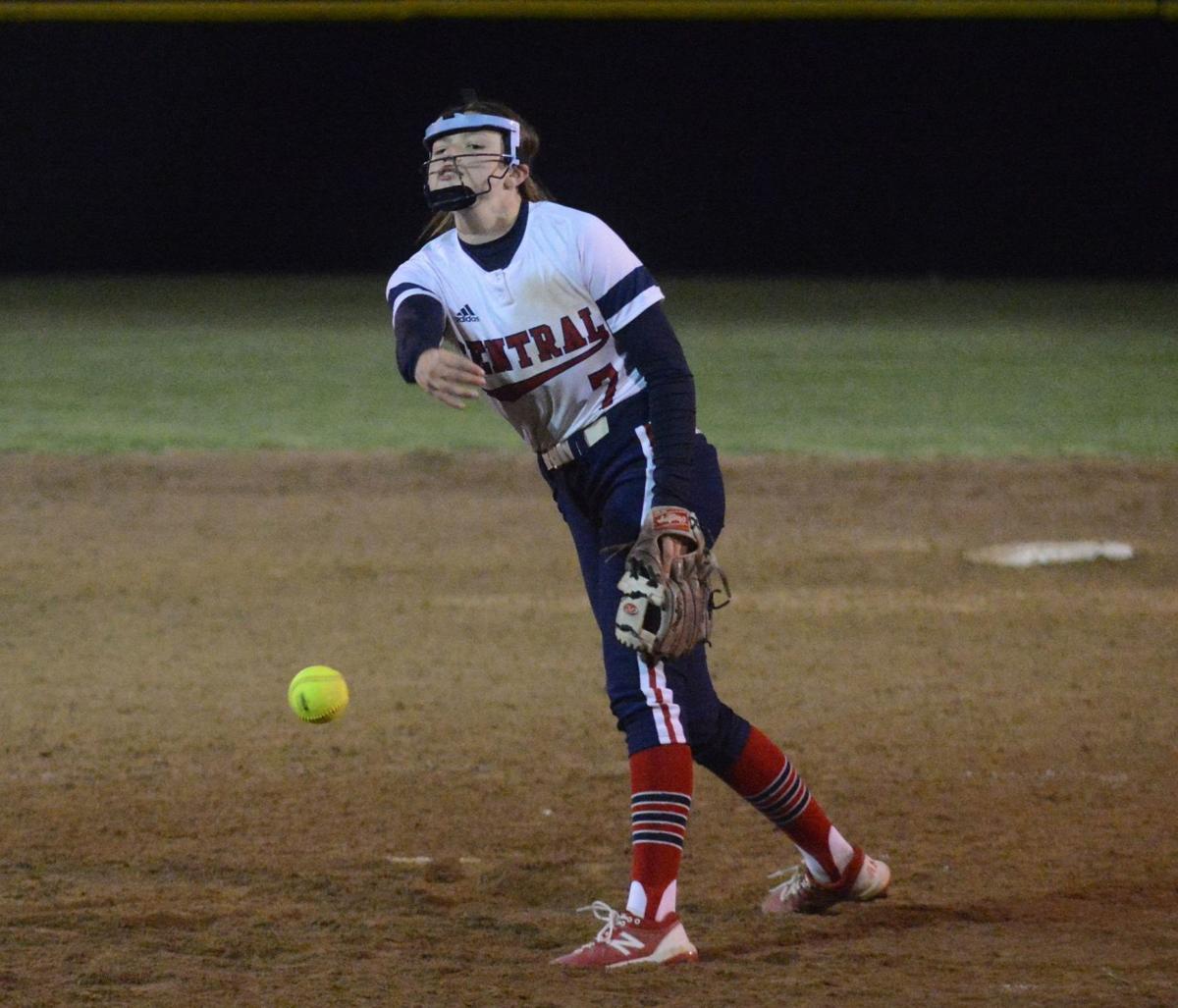 Central junior Allie Kelly pitches against Potosi during the seventh inning of the MAAA softball tournament championship game on Wednesday, April 21, 2021, in Leadwood.

Jessica Hulsey reached the state playoffs in three different sports and the final four in two of them during an eventful varsity career.

The 2019-20 season was canceled due to a pandemic, removing any chance for this year’s non-freshmen to collect four all-state accolades.

Hulsey, who signed with Three Rivers College, capped her final season for the Lady Rebels by hitting .513 with 36 RBI, 36 runs scored, 22 stolen bases and two home runs among 13 extra-base hits.

Huck used her pitching arm and dangerous bat to help carry Potosi to a second consecutive final four, and was simply sensational once the Lady Trojans arrived in Springfield.

Already touting an ERA of less than 1 and many games with more than a dozen strikeouts, the junior lefty twirled a no-hit gem in a 3-0 state semifinal round triumph against Diamond.

Huck compiled 28 strikeouts during a 1-0 championship loss to Skyline in 12 innings, more than doubling the state record for a title contest. Potosi ended its runner-up campaign at 26-4.

She carried a .613 batting average into her last two games, and led Potosi in hits, RBI, home runs and steals while securing a second First Team nod.

Kelly threw a couple of seven-inning no-hitters about two weeks apart against Ste. Genevieve and Potosi, and repeated her all-state inclusion as a freshman.

Wright was recognized as a utility selection for her versatility on the infield and from the circle, shining for West County with a lofty .591 batting average (39-for-66).

The sophomore accounted for 10 doubles, three triples, two homers, 31 RBI and 33 runs scored while sharing time between the leadoff and No. 3 spots in the order.

Those four programs combined for a 79-24 record that included several head-to-head battles in the MAAA conference. That success was reflected in the recently released all-region teams.

Nearly 75 percent of those athletes chosen from Districts 1-4 – 25 individuals to be exact – represented the Lady Trojans, Lady Rebels, Lady Bulldogs and Dragons.

Kreitler had a 4-0 mark from the circle in abbreviated work, and powered the Dragons with her .425 average, 19 doubles, 37 RBI and 33 runs scored.

Countries that have never won an Olympic medal

LEADWOOD – Pitcher Ryan Souden was helped by some solid defense at key moments, and returned the favor to his teammates with a couple of timel…

JACKSON, Mo. – Ste. Genevieve Post 150 could not capitalize on Wednesday following a game-saving RBI single by Zach Boyer in the bottom of the…

STE. GENEVIEVE – Drew Bauman has rarely been called upon to pitch this summer for the Ste. Genevieve Post 150 Senior Legion baseball team.

STE. GENEVIEVE – Cade Scherffius pitched his way around potential trouble several times while dealing a shutout against Festus earlier in the …

STE. GENEVIEVE – Four pitchers combined on a 1-hitter to help Mineral Area Post 416 stay within the winner’s bracket of the Senior Legion Dist…

Central senior shortstop Jessica Hulsey throws out a West County batter in the sixth inning of the MAAA softball tournament semifinal against West County on Wednesday, April 21, 2021, in Leadwood.

Central junior Allie Kelly pitches against Potosi during the seventh inning of the MAAA softball tournament championship game on Wednesday, April 21, 2021, in Leadwood.