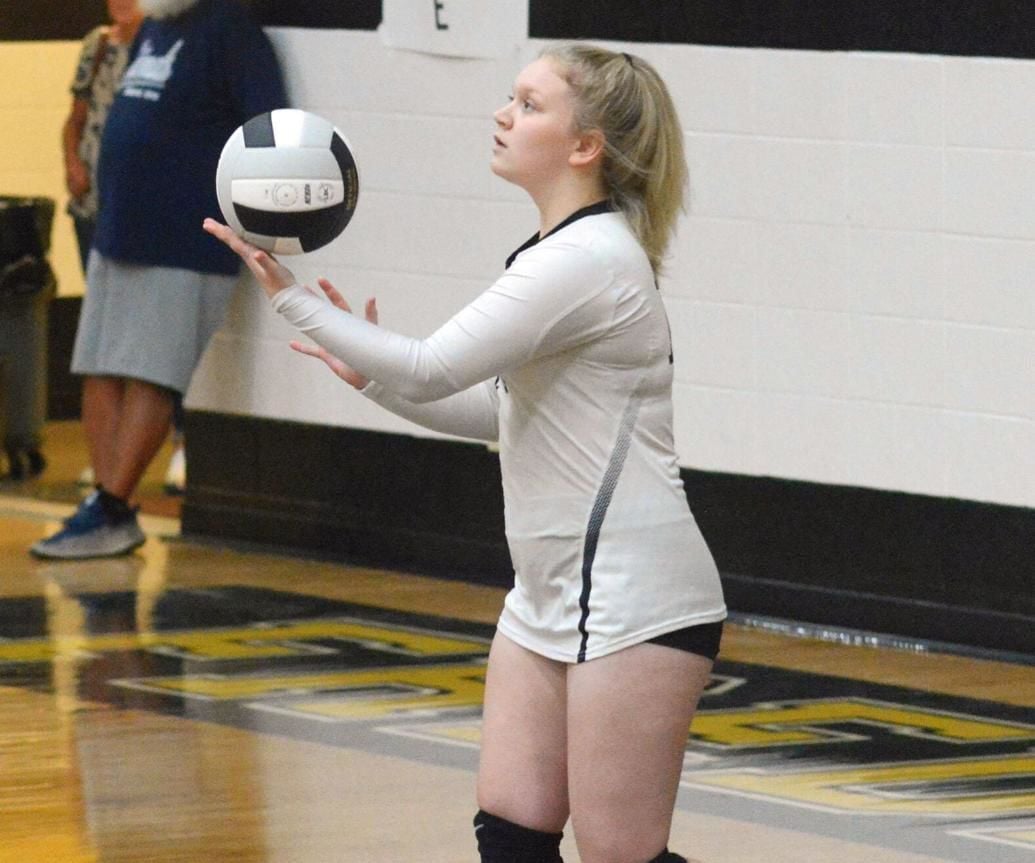 Fredericktown sophomore Gabbie McFadden serves during a volleyball match against Herculaneum on Monday, Aug. 30, 2021, in Fredericktown 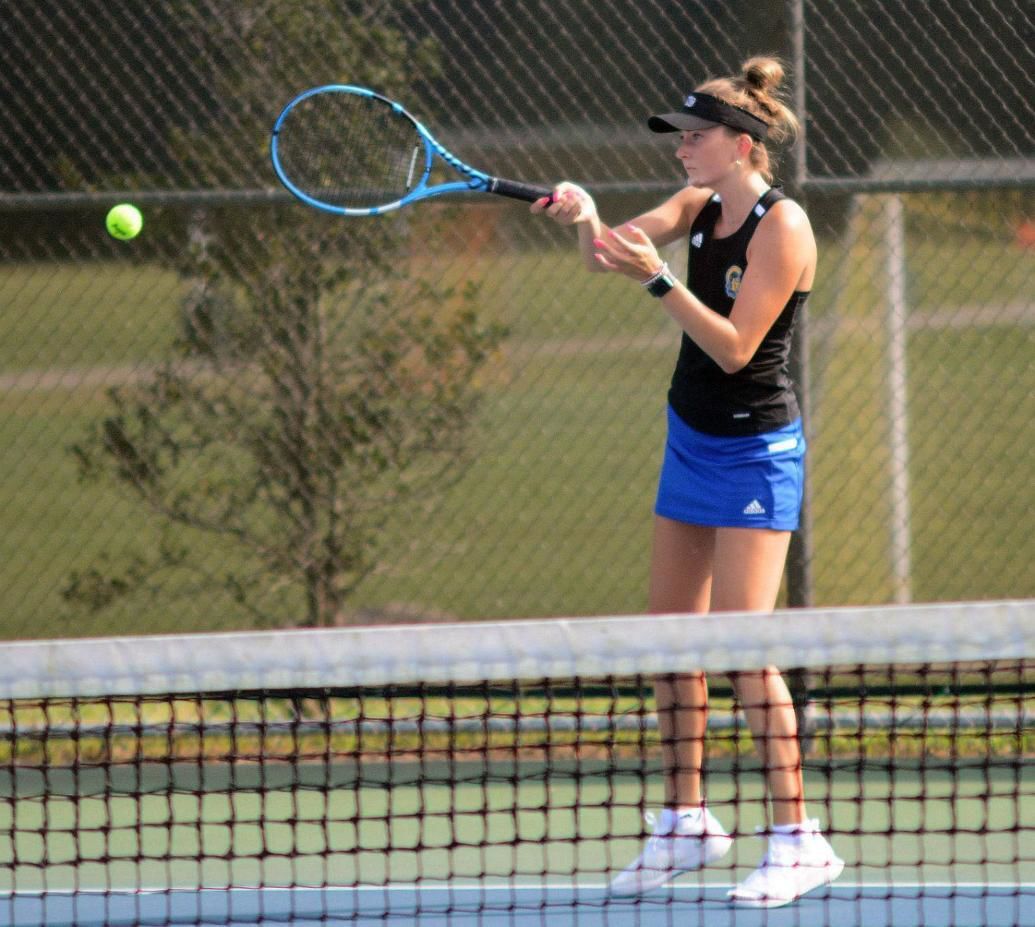 The Lady Blackcats cleared their 15th straight opponent without a defeat on Monday night by trouncing Crystal City 25-4, 25-9, 25-16.

Gabbie McFadden finished with seven digs and seven serve receptions while Reagan Asher sent down four kills in the victory.

Callee Naeger had a career-high 10 kills along with 10 assists and six digs, and Mia Weiler highlighted the back row with 20 digs, 32 receptions and two kills.

Madalyn Clabaugh had three kills and 11 digs for West County (3-6-1), which overcame a 10-4 deficit in game three as a series of errors befell the home team.

Issy Skaggs sent a tying spike off a blocker at 17-17, and Clabaugh put the Lady Bulldogs ahead when Alivia Simily covered a block on the next rally.

Addi Miller paced the offense for Central (3-7-2) in a second straight match with four kills while Khloe Dischbein chipped in two more.

Lauren Politte also stayed unbeaten this season with an 8-1 result at No. 1 singles. She joined her sister for an 8-0 doubles rout, equaling the final score also posted by Pace and Jones.

Camille Skaggs and Mariah Coonce lost in singles play, but not before earning a 9-7 doubles win to favor North County (11-0).

POTOSI – Michelle Whitaker won the No. 1 singles match 8-2 on Monday to highlight an otherwise difficult battle for the Potosi girls tennis team.

Whitaker, a two-time all-conference player for Potosi (5-5), was honored along with fellow seniors Alize Litton and Hailey Allgier.

Sophomore Tori Krebs bowed out of singles action due to injury after losing a close 8-6 doubles contest alongside Lani Elder.

ST. LOUIS – Oakville prevailed throughout the doubles phase, including a shutout at the No. 2 ranking, and defeated visiting Farmington 8-1 on Monday.

Fredericktown (1-8) saw its nearest margin of defeat at No. 2 doubles where Emiley Geen and Clara Basden dropped an 8-4 results to Mungee and Galati.

Abby Robbins also homered while going 4-for-5 with four RBI, and the Knights extended a 9-1 lead after exploding for 12 runs in the top of the fifth inning.

Elly Robbins was 2-for-3 overall, and allowed three earned runs while walking two batters and striking out five in a three-hitter.

Alayna Resinger had two RBI on two singles. Jayce Jarvis finished 2-for-3, Shelby Bowling reached base three times, and Courtney Swink provided a single and walk in the victory.

St. Dominic was a runaway champion with a collective score of 321, paced by medalist Annabelle Bush (73), Jenna Rankey (77) and Alexandra Zollner (83) as the top three individuals.

KANSAS CITY, Mo. – Dylan Coleman made his promotion to Major League Baseball appear seamless during a brief two-week stretch with the Kansas C…

STE. GENEVIEVE – Rachel Blum was lethal at the service line, and Valle Catholic had a sensational blocking performance across the board on Tue…

FESTUS, Mo. – Freshman Elly Robbins homered, tripled and amassed eight RBI while going 3-for-3 at the plate in her varsity postseason debut fo…

Fredericktown sophomore Gabbie McFadden serves during a volleyball match against Herculaneum on Monday, Aug. 30, 2021, in Fredericktown