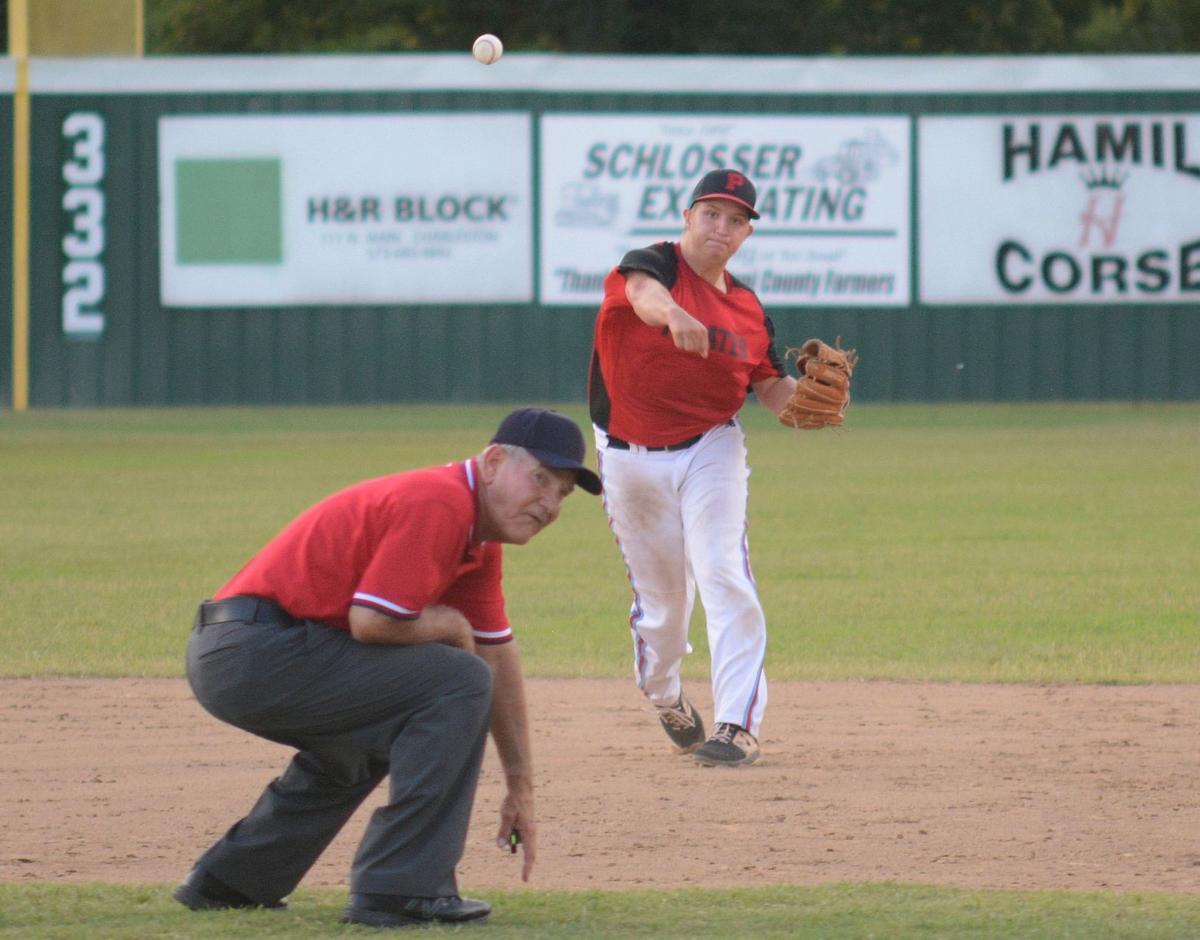 Potosi Pirates shortstop Zach Francis throws out a Jackson batter during the fourth inning of a Babe Ruth League 19U state tournament on Thursday in Charleston, Mo. 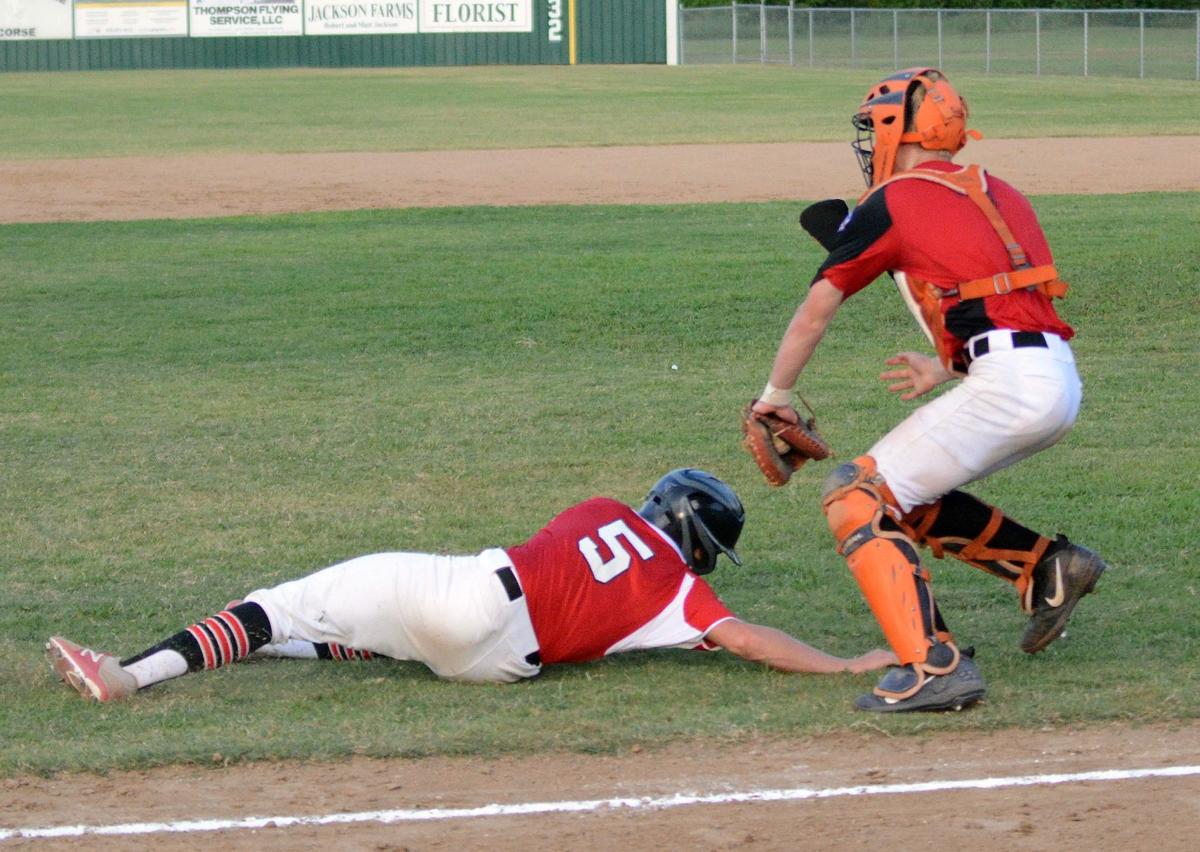 But the Pirates were mostly unrewarded for the steady contact they made during their 19U Babe Ruth League state tournament opener on Thursday.

Eli Brown allowed two hits and three walks while striking out two in a complete game, and Jackson turned two double plays behind him to preserve a 2-1 victory at Hillhouse Park.

Seth Spraggs grounded a go-ahead RBI double past third base with two outs in the top of the fourth inning, and Tanner King finished 2-for-3 with one run scored.

Potosi received singles from Hayden Roney in the fourth and Luke Gaia in the sixth, but was unable to advance either man into scoring position.

Zach Francis walked in the second inning, and crossed the plate from second base to forge a 1-1 tie when a ground ball by Tyler Phillips was thrown away by the shortstop.

Walton went the distance on a five-hitter in defeat, allowing one run and walking four while striking out five. His wild pickoff throw preceded an RBI single by Mason Lewis in the opening frame.

Hayden Roney ranged behind third base for a nice basket catch over his shoulder, and center fielder Landon Bone recorded four early putouts on fly balls.

Both hurlers settled into a quick rhythm from the outset, as batters were eager to attack early in the count. The brisk contest lasted about an hour and 40 minutes.

Jackson initially threatened for insurance in the fifth inning, but Carson Hartley was tagged by catcher Tyler Phillips in a rundown during a two-out double by Cecil Abernathy.

Walton faced danger with the bases loaded and no outs in the sixth, but got a fielder’s choice at home and ensuing strikeout before recovering from a 3-0 count to retire Land Kendrick on a foul out.

Both double plays achieved by the Jackson middle infield occurred after leadoff walks.

The Pirates will play a consolation bracket game at 8 p.m. on Friday.

Potosi Pirates shortstop Zach Francis throws out a Jackson batter during the fourth inning of a Babe Ruth League 19U state tournament on Thursday in Charleston, Mo.