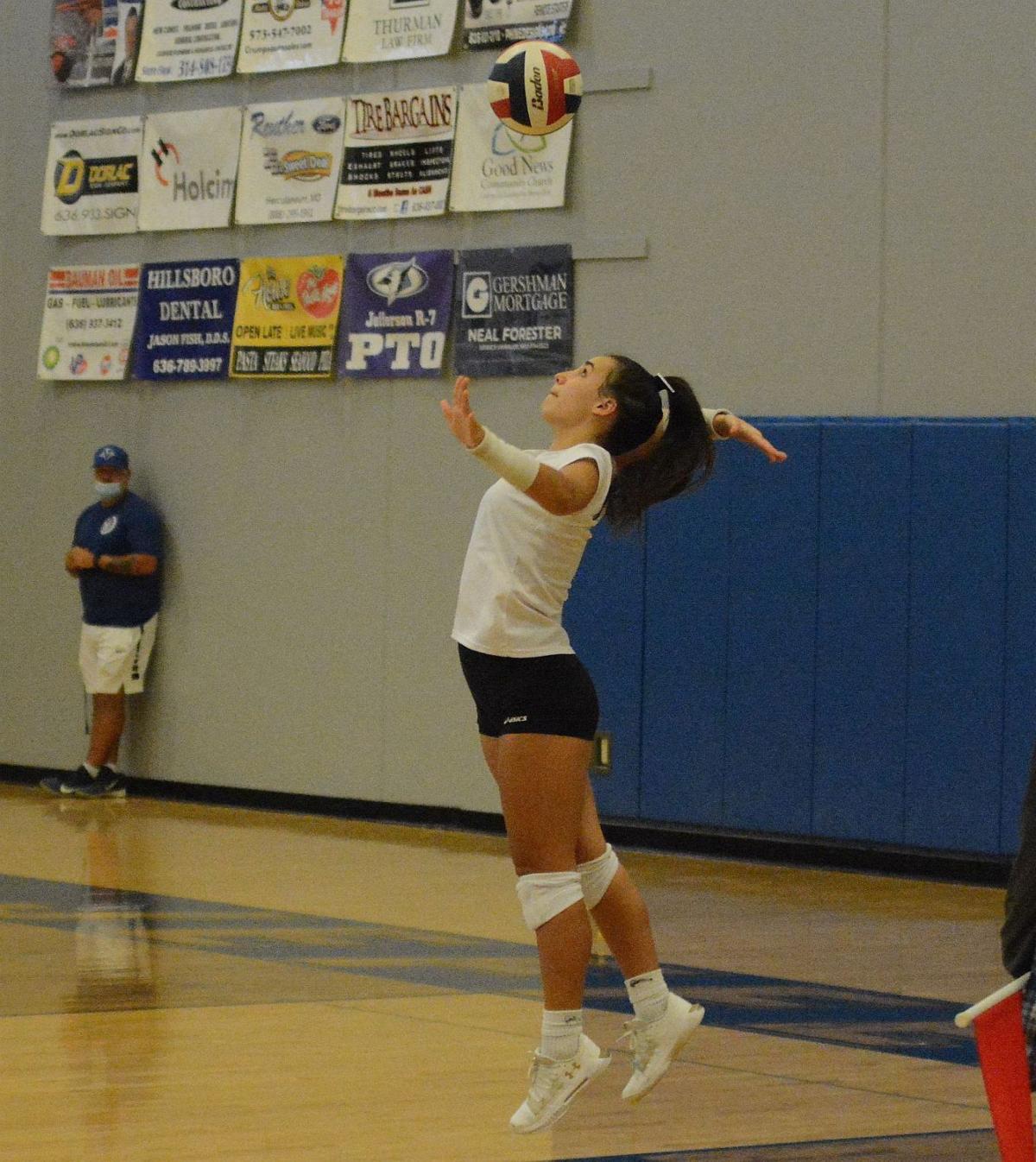 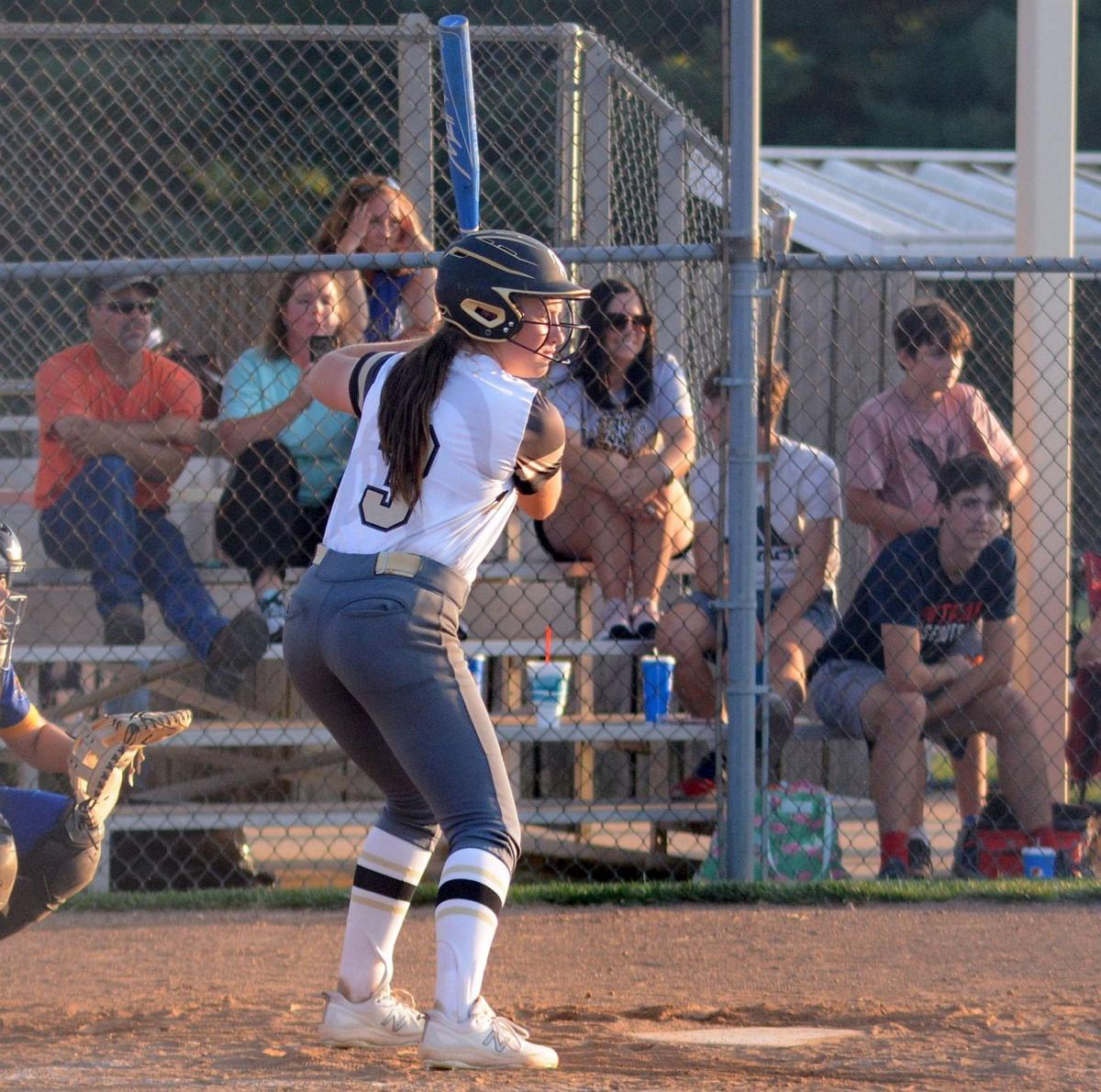 STE. GENEVIEVE – Rachel Blum was lethal at the service line, and Valle Catholic had a sensational blocking performance across the board on Tuesday night.

Ade Weiler recorded five kills, and Mia Weiler served up 10 points while equaling Claire Drury with four kills each toward the sweep.

POTOSI – Jelena Gray blistered 20 kills and picked up 11 digs in a dominant match as Farmington swept Potosi 25-12, 25-16, 25-14 on Tuesday to remain atop the MAAA Large-School division.

Emma Gerstner had 14 digs along with three kills, and fellow senior Jordan Anderson made a team-high 24 assists during the win.

Cate Newstead-Adams knocked down 14 kills while making 17 digs, and Riley Brogan delivered 13 kills along with 18 digs for the Lady Tigers.

Madison Dunn shined all-around with 14 kills and 15 digs for the Lady Indians, who has earned multiple conference wins for the first time in four years.

Bismarck (5-10, 1-1) was further bolstered by setter Alyssa Freeman with 38 assists and Rylee White-Steel with 27 assists.

The siblings combined earlier rolled to an 8-1 doubles results, No. 2 pairing Lucy Pace and Kate Jones did likewise, and the top-seeded Lady Raiders topped Fredericktown 5-1.

North County (15-0) advanced to face Potosi for the Class 1, District 2 championship on Wednesday.

Pace collected the third singles win for her side, 6-1, 6-1 over Bailey White.

Fredericktown (3-13) picked up a No. 3 doubles triumph from Lucy Pham and Clara Basden.

Both players secured straight-set victories with no margin for defeat, and the second-seeded Lady Trojans edged Saxony Lutheran 5-4 in the Class 1, District 2 semifinal round.

Senior Michelle Whitaker carried the No. 1 singles clash 6-2, 6-1 against Maggie Hillin, and Potosi (9-6) survived to face unbeaten North County for the title on Wednesday.

Kya Gibson paired with Whitaker, and Tori Krebs worked alongside Elder to help the Lady Trojans claim two of the three doubles matches.

The doubles session delivered nothing but highly competitive matches, and the visiting Tigers seized all three after No. 3 pairing MacKenzie Ramdial and Zoe Mayfield won a tiebreaker.

Busenbark and Gowen fell to Megan Maxton and Ford by a 9-7 result while Camden Soto and Jalee Spain of Cape Central got past Helen Griffin and Diep Phan 8-6.

Abigail Thurman extended her team’s hopes with 10-8 tiebreker against Ramdial after the opponents had traded lopsided sets.

Gowen rescued the Knights one day earlier in a similar tiebreaker situation as the last match to finish against Rockwood Summit, but Ford prevailed against her this time.

Alayna Resinger finished 3-for-3 with an RBI, and Shelby Bowling was 2-for-3 with a double, walk and two RBI for the Knights.

Robbins compiled seven strikeouts and walked two in the complete game, and was spotted a big lead before heading to the circle as Farmington (25-6, 6-1) jumped ahead 6-0 in the top of the first.

Jayden Tucker ended up 2-for-3 with a double and RBI while Courtney Swink scored two runs following a single and walk during the victory.

The Knights can secure a share of the SEMO Conference title by defeating Sikeston on Wednesday.

Miley Conklin and Miranda Carnell had RBI hits as the Indians (18-7, 6-1) remained tied with Farmington and Notre Dame atop the league with one game remaining.

CAPE GIRARDEAU, Mo. – Ste. Genevieve won a golf battle with Cape Central for a second straight afternoon, this time away from home.

Ava Meyer shot a medalist round of 47 as the Dragons prevailed 212-229 on Tuesday.