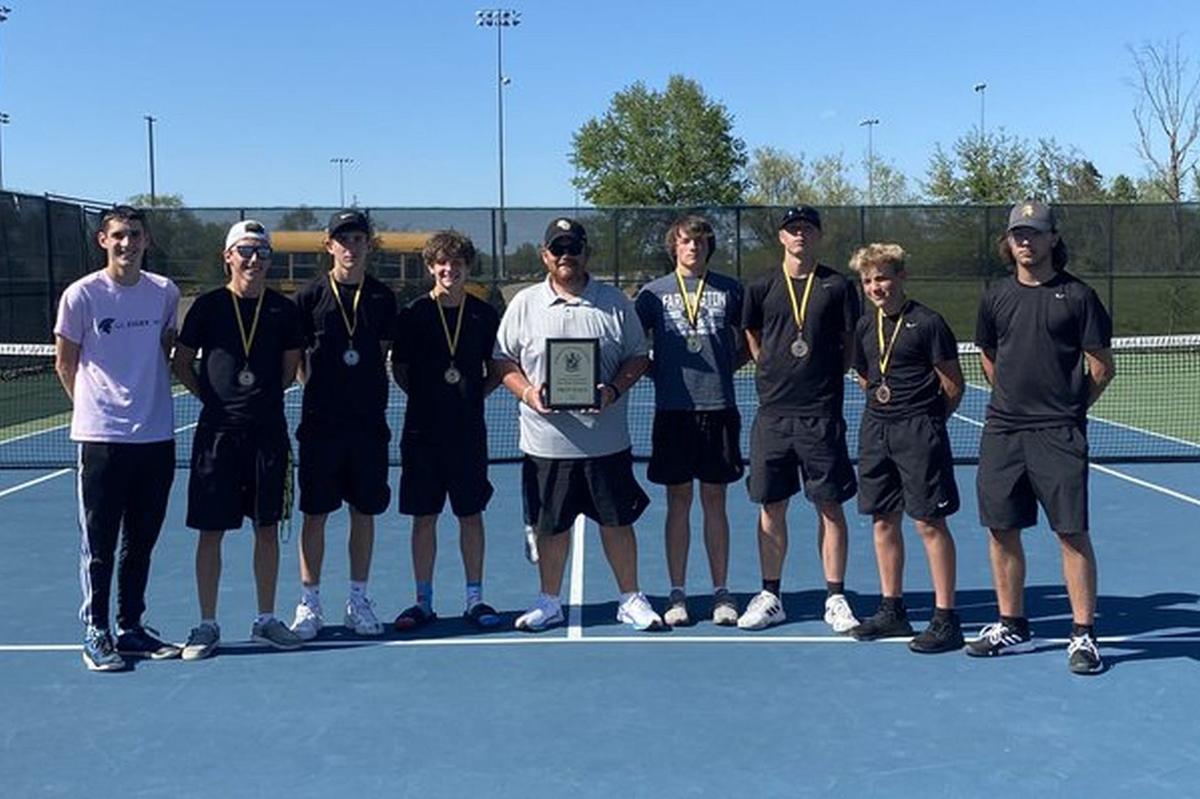 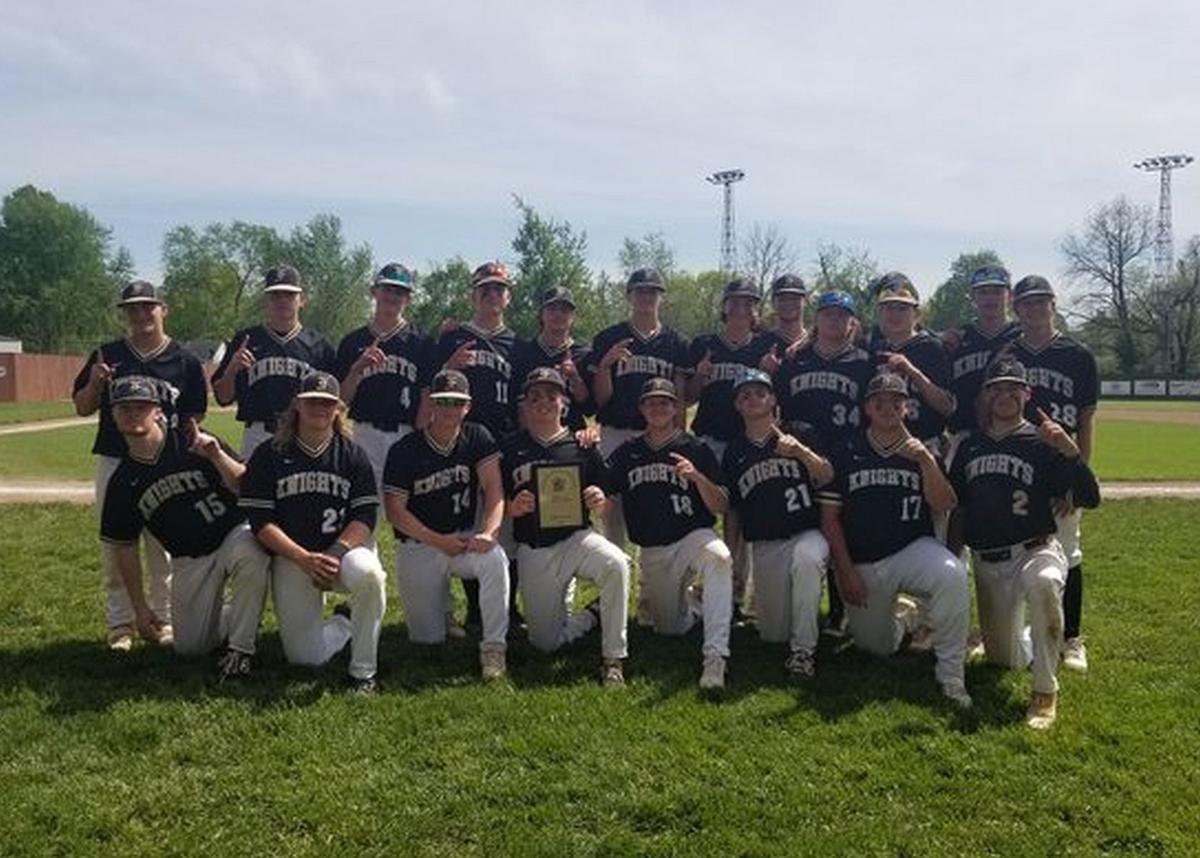 The Farmington baseball team defeated Fox, Festus and Winfield over the weekend to secure the championship of the Farmington round-robin wood bat tournament at Wilson-Rozier Park. 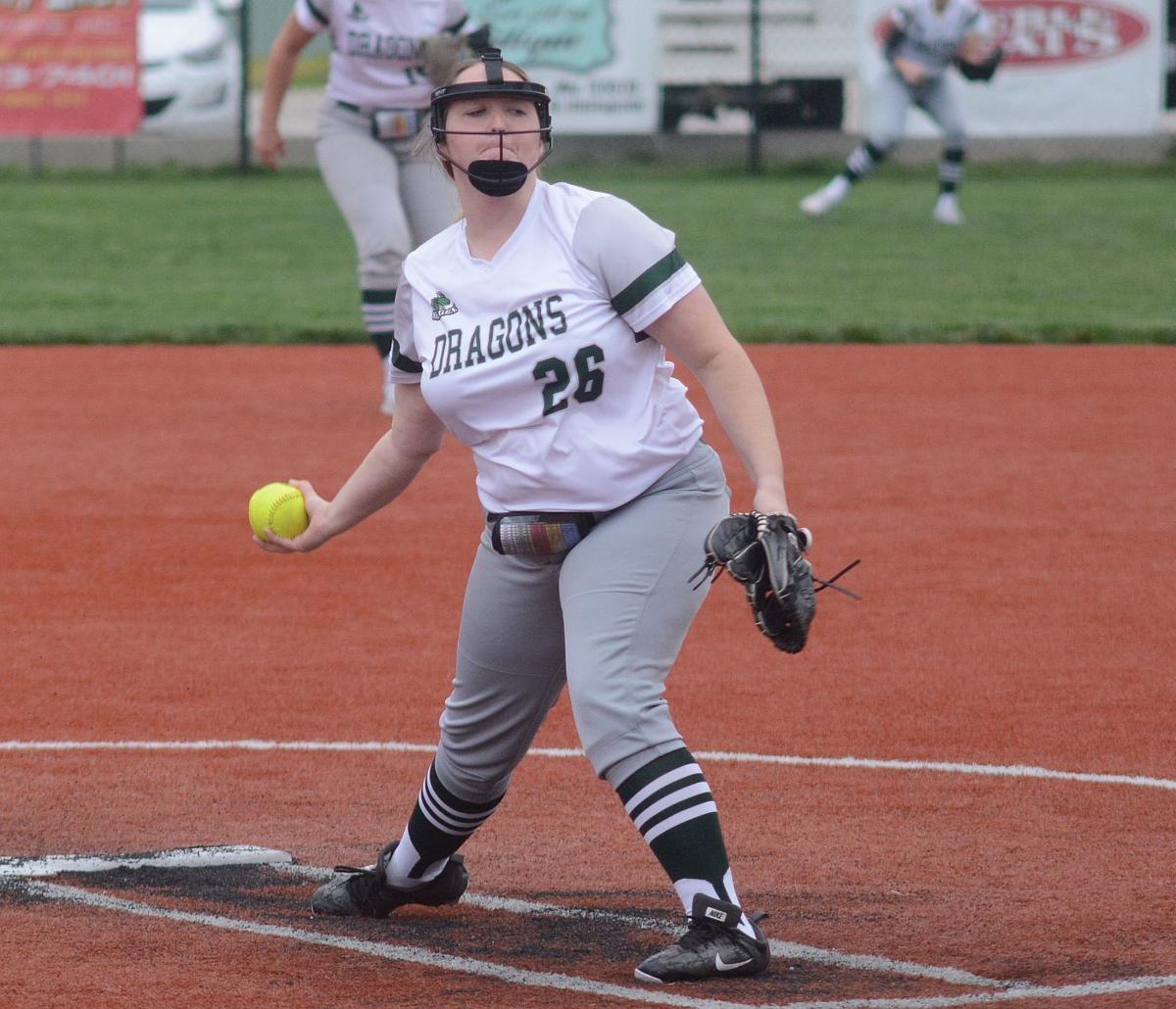 Maddox Brenneke finished runner-up at the No. 2 singles level while Colton Woody, Trenton Berghaus and Cole Wofford placed third for the Knights.

Farmington compiled 17 points to edge Poplar Bluff with 15 and Jackson with 10.

FARMINGTON – The Farmington baseball team celebrated a strong senior class with a thrilling four-run rally in the seventh inning to defeat Winfield 6-5 in walk-off style on Saturday.

Ayden Morgan drove in Kael Krause with the winning single after Brady White drew a leadoff walk. The Knights overcame deficits of 4-1 and 5-2 to win their four-team wood bat tournament at Wilson-Rozier Park.

Seth Wilder, Nolan Reichers and Mitchell Wehde had two hits each for Winfield (6-14).

Clayton Komar provided a key two-run single after the game was scoreless in the top of the fifth inning. Jeremiah Cunningham had the only other Farmington hit.

Jarvis worked the first five frames, and notched 11 strikeouts while walking five. Mattingly followed with two perfect innings, and fanned two for the save.

Collin Reando was 1-for-1 plus two walks, and Cameron Ford doubled for Festus.

The Knights achieved their entire scoring output in the fifth inning after opposing pitcher Henry Balmer had retired his first 12 batters in succession.

Tyler Thebeau, Clayton Komar and Jeremiah Cunningham delivered consecutive RBI singles along the bottom of the batting order with one out.

Farmington added two-out, two-run singles by Jacob Jarvis and Clayton Redmond, whose leadoff single commenced 11 batters stepping to the plate in the rally.

A line out to third baseman Ayden Morgan helped Krause seal the complete game. The contest was scoreless until Fox tallied in the top of the fifth.

Karter Kekec, Shelby Lee and Clayton Chandler recorded two hits each for North County (6-9, 3-2), which scored at last once in four separate frames.

Smith allowed only two hits while totaling eight strikeouts, and also drove in a run at the plate to propel the Raiders. Kobey Henson retired his only two batters in relief.

POTOSI – Ethan Forney notched three RBI plus two hits, and North County began a strong Friday on the diamond at Potosi with a 9-2 triumph over St. Clair.

The Raiders exploded for eight runs during the seventh inning after trailing 2-1 and being previously quieted by opposing hurler Joseph Rego.

Kobey Henson pitched four innings for North County, and Devin Seastrand worked three for the win. They combined to allow six hits and strike out two.

Will Dugal added two RBI while equaling Jobe Smith with two hits in the victory. Bryan Basinger drove in another run.

Tyler Mork finished 2-for-3 plus a walk, and Hunter Dugal provided a two-run single while going 2-for-4. Freshman Will Clark also singled twice for the Indians.

Bismarck (7-7) sent 11 batters to the dish during a pivotal rally that was further fueled by RBI singles from Dylan Cole, Joey Randazzo and Gavin Butery.

Sullivan made the margin 8-4 with a single in the fourth, and also drew three walks. He battled through a complete game on the mound, allowing nine hits and one walk while striking out five.

Steelville drew closer in the seventh on RBI singles from Carson Mullen and Garrett Mullen with two outs. Sullivan sealed the outcome with a strikeout.

Carson Mullen also had a two-run double in the third to finish with a game-high three RBI. Jacob Franz singled twice for the Cardinals.

Trevor Politte and Baylee Brewster each singled and scored a run for Bismarck.

Jayden Gegg had an RBI double, Aiden Heberlie added an RBI single and Hoog picked up a second RBI with a sacrifice fly as the Warriors pushed their current win streak to 18 games.

Chase Fallert pitched 6 1/3 innings and struck out seven while allowing eight hits for the win. He fanned all three batters during the Kelly fifth.

Burnett got the final two outs in relief for the save.

Bryce Morgan had two hits and two RBI for Kelly (15-5), which grabbed a 3-0 lead in the first inning.

NEELYVILLE, Mo. – Carter Hoog compiled five RBI on a home run, triple and single, and Valle Catholic routed the host squad 14-1 in the semifinal round of the Neelyville Tournament earlier Saturday.

Aiden Heberlie belted a two-run homer during a six-run fourth inning. Winning pitcher Drew Bauman followed a three-run blast by Hoog with a solo shot for a 5-0 lead in the first.

Bauman pitched four innings and struck out four while yielding just one run on three hits.

Isaac Roth pitched all five innings of a two-hit shutout, and was backed offensively as the Warriors scored at least three times in each frame.

STEELVILLE, Mo. – Faith Lincoln and Briana Watts collected three RBI each, and the Ste. Genevieve softball team equaled a program record for victories in a season on Friday.

Chloe Walker stole six bases and scored three times after reaching on a single and two walks as the visiting Dragons surged past Steelville 11-4.

Ste. Genevieve (15-8) tallied four runs in the fifth inning for a 6-3 lead, then posted five more in the sixth. Watts was 2-for-2 overall, and Izzy Basler added two singles with two RBI.

Lincoln provided a single and double at the plate, and pitched a complete game six-hitter for the win. She struck out six and walked three while allowing three earned runs.

Zoe Cook doubled with two runs scored, and Emma Johns was 1-for-1. The teams will rematch on Monday in the first round of the Class 2, District 3 tournament at Potosi.

Naomi Perkins finished 2-for-3 with a double and two RBI for Steelville (7-6), which grabbed an early 2-0 lead in the first inning. The Cardinals committed seven errors.

LEADWOOD – West County scored 11 runs during a breakout bottom the bottom of the fourth inning, and produced 12 hits for a 14-2 victory over Arcadia Valley on Friday.

Bree Asher pitched all five innings, struck out four and scattered three hits for the win. She allowed just two runs on a hit by Kaydence Whited in the opening frame.

Alexis Hedgcorth had two hits with a team-high three RBI, including her second home run of the season, to pace the Lady Bulldogs.

The Farmington baseball team defeated Fox, Festus and Winfield over the weekend to secure the championship of the Farmington round-robin wood bat tournament at Wilson-Rozier Park.