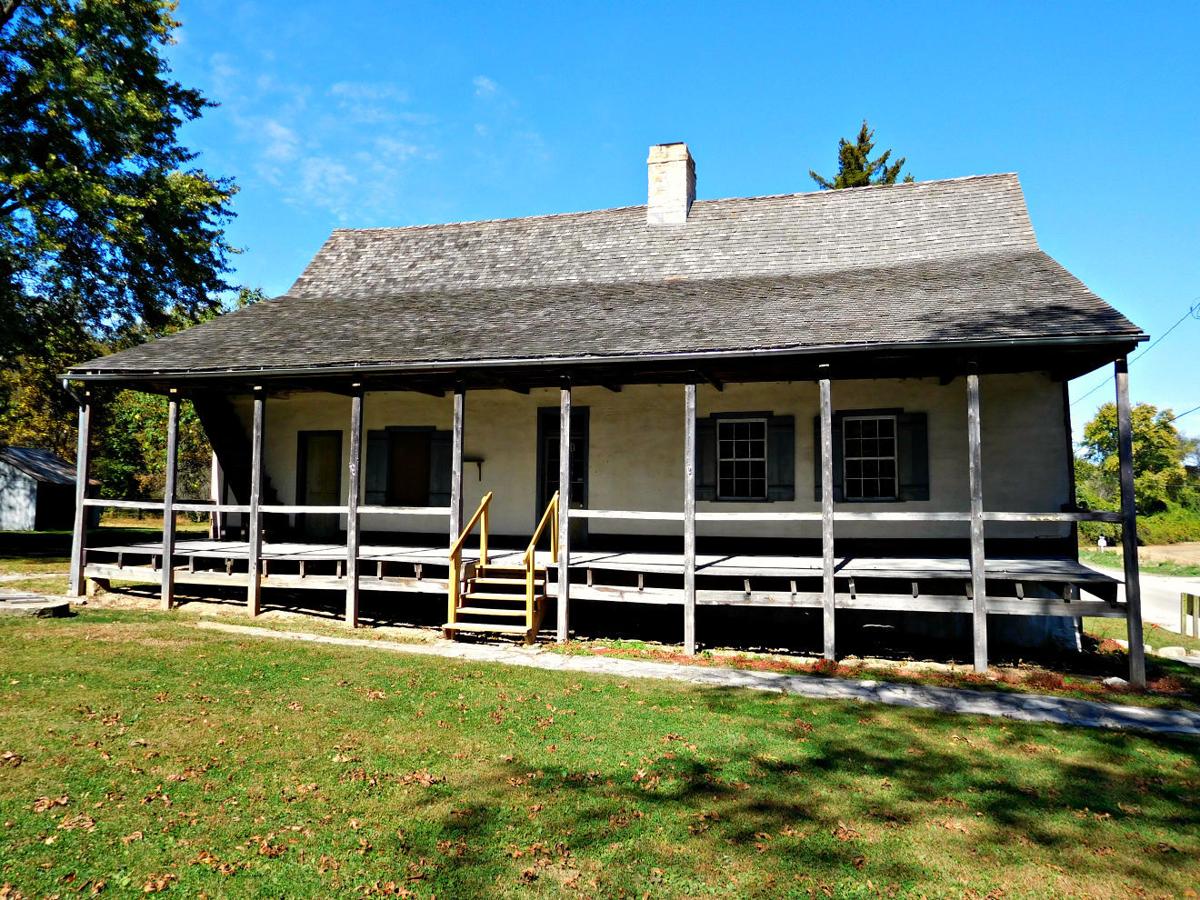 At least five of Ste. Genevieve's centuries-old vertical log homes, including the state-owned Bauvais-Amoureaux House, have been recognized for their historical significance and found to meet the criteria for possible inclusion in a national park. 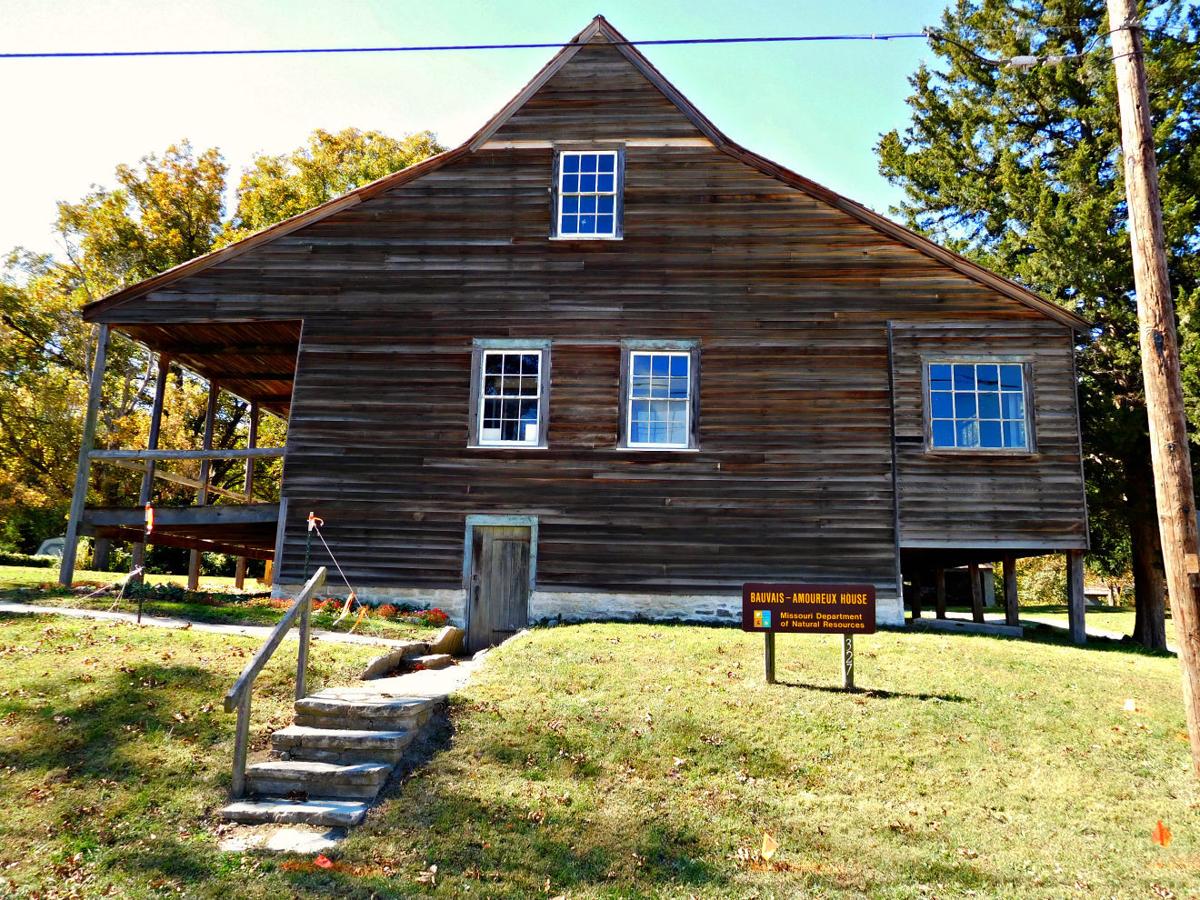 Pictured is the Bauvais-Amoureaux House, which has been recognized for historical significance and found to meet the criteria for possible inclusion in a national park. 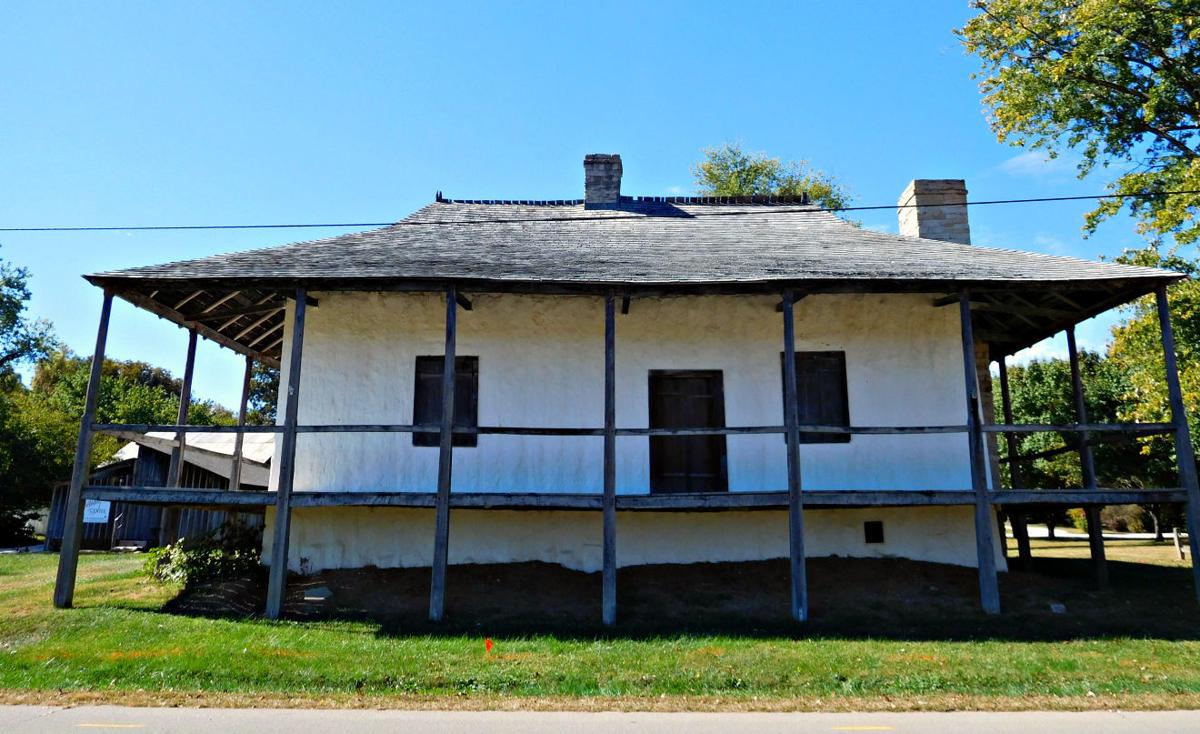 Pictured is Bequette-Ribault House, which has been recognized for their historical significance and found to meet the criteria for possible inclusion in a national park.

Ste. Genevieve is one step closer to becoming the site of a national park.

At least five of the town’s centuries-old vertical log homes have been recognized for their historical significance and found to meet the criteria for possible inclusion in a national park site.

In 2006, the U.S. Congress commissioned the National Parks Service, or NPS, to conduct a “Special Resource Study” to assess the historic buildings and landscapes of Ste. Genevieve to determine if the area would qualify for inclusion in the national park system.

The report was released in August, finding that Ste. Genevieve’s historical buildings met all the criteria considered for eligibility as a future NPS site. These criteria looked at whether the historic sites were “nationally significant,” whether they would be “suitable” for inclusion in the NPS, whether it would be feasible to add the Ste. Genevieve area to the national park system and whether Ste. Genevieve would have a need for NPS resources.

In regard to national significance, the report said “Ste. Genevieve is one of the oldest National Historic Landmark districts in the country … possessing a large and rare collection of French vernacular vertical log houses.”

In addition, the city’s British American and German American architecture contributes to “the compelling historical associations with French exploration and settlement … in the late 18th and early 19th century.”

Regarding its suitability for inclusion in the national park system, the study concluded that “Ste. Genevieve stands alone in terms of the character, quality, quantity and rarity of its resources … and there are no comparably protected or managed areas.”

Despite the fact that many of Ste. Genevieve’s historical buildings are cared for by private owners and nonprofit organizations and are protected by the city’s historic preservation ordinances, the report said “there are unmet needs for resource protection” and also for more comprehensive interpretation of the area’s historical significance.

According to the report, “NPS management would be clearly superior to current protection and interpretation alone.”

Despite these conclusions, whether Ste. Genevieve’s historical buildings will be incorporated into the NPS remains to be seen. A next step in the process, however, suggests that Ste. Genevieve is one step closer. On Sept. 10 the NPS and the city of Ste. Genevieve leadership hosted a meeting to invite public comment on the study and comments were accepted online through Sept. 25. Overall the community expressed its support with few reservations.

Sandra Cabot, Ste. Genevieve’s director of tourism, summed up local sentiment with this statement: “The findings of the NPS report are overall very positive. The report recognizes the significance of both the French colonial and early American historic properties in Ste. Genevieve ... The impact of a national park would have a significant impact in bringing additional resources and expertise of the NPS and increased visibility for the amazing collection of historic sites that have been preserved in Ste. Genevieve.”

The NPS will now consider the comments made at the public meeting and through the Internet in combination with the conclusions and alternatives presented in the study report.

Three basic alternatives were outlined in regard to the level of possible NPS involvement. The first alternative would be to take no action toward establishment of a national park and to allow things to remain as they are under the management of private and public entities.

A second alternative would establish an NPS unit on St. Mary’s Road at the state-owned Bauvais-Amoureaux House and adjacent properties. These properties include a contemporary home, the Creole House (a former inn also known as the Wilhauk House), and the privately owned Bequette-Ribault House which also includes the relocated Lasource-Durand House.

In addition, a non-contiguous area would be established on state-owned property at the Delassus-Kern House on U.S. 61 in Ste. Genevieve County.

As noted in the report, “These key resources in the district are currently either rarely or never open to the public, and some require stabilization and preservation to ensure resource protection.”

The third alternative would establish an “affiliated area” in addition to the NPS unit described above. The affiliated area would include buildings in the city’s historic district that are currently being managed by the State of Missouri, the National Society of Colonial Dames of America and the Foundation for the Restoration of Ste. Genevieve.

Formal agreements with the city, the state, the Colonial Dames and the foundation “would allow the National Park Service to provide special recognition and technical assistance [to the owners of the affiliated buildings] beyond the boundaries of the proposed unit” described in the second alternative.

After consideration of the public comments and the conclusions and alternatives outlined in its report, the Park Service will then forward an official recommendation to Congress for further action. National park designations require either an act of Congress or an executive action by the U.S. president.

Cabot said a park service designation would bring “a whole new level of visibility” to Ste. Genevieve and its historic sites, along with plenty of new visitors and an increased level of commerce for the city’s small businesses.

Aside from the possible creation of a national park, many details have yet to be ironed out. Due to the location of the historical buildings that would be designated as a NPS unit, for example, the park would likely not have formal fencing or entry gates. Additionally, the Park Service would have to either buy the state-owned and privately-owned properties or negotiate partnerships with the current owners.

Such details will have to wait until after an official designation has been made by Congress or the president. No timeline or deadline currently exists for such a designation, but Cabot and others in the community remain optimistic and hopeful that, in the end, it will be well worth the wait.

Amy Patterson is a reporter for the Daily Journal and can be reached at 573-518-3616 or apatterson@dailyjournalonline.com.

Still too soon to say whether Ste. Genevieve will receive national park status

Despite a bit of speculation recently, the question of whether some of Ste. Genevieve’s historical buildings will be designated as a national …

At least five of Ste. Genevieve's centuries-old vertical log homes, including the state-owned Bauvais-Amoureaux House, have been recognized for their historical significance and found to meet the criteria for possible inclusion in a national park.

Pictured is the Bauvais-Amoureaux House, which has been recognized for historical significance and found to meet the criteria for possible inclusion in a national park.

Pictured is Bequette-Ribault House, which has been recognized for their historical significance and found to meet the criteria for possible inclusion in a national park.