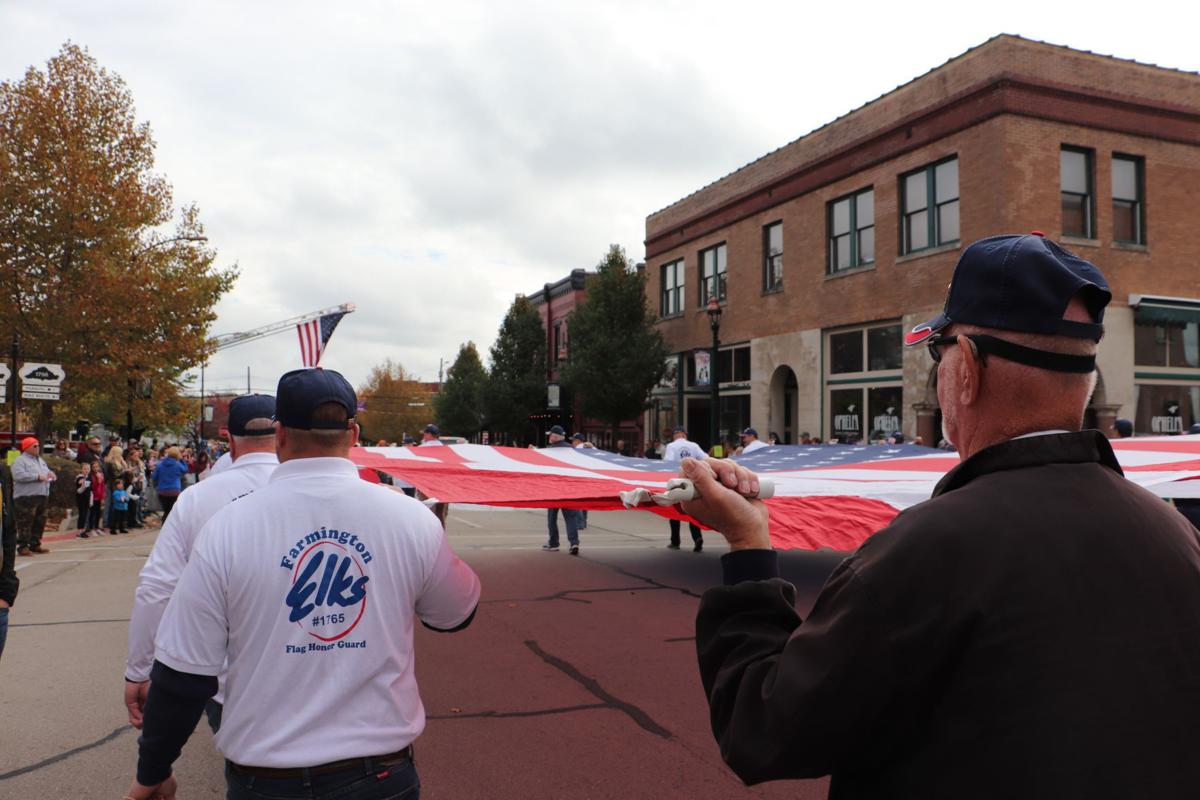 The Regional Veterans Parade will return to Farmington on Nov. 2. It is sponsored by Kindred at Home & Hospice. 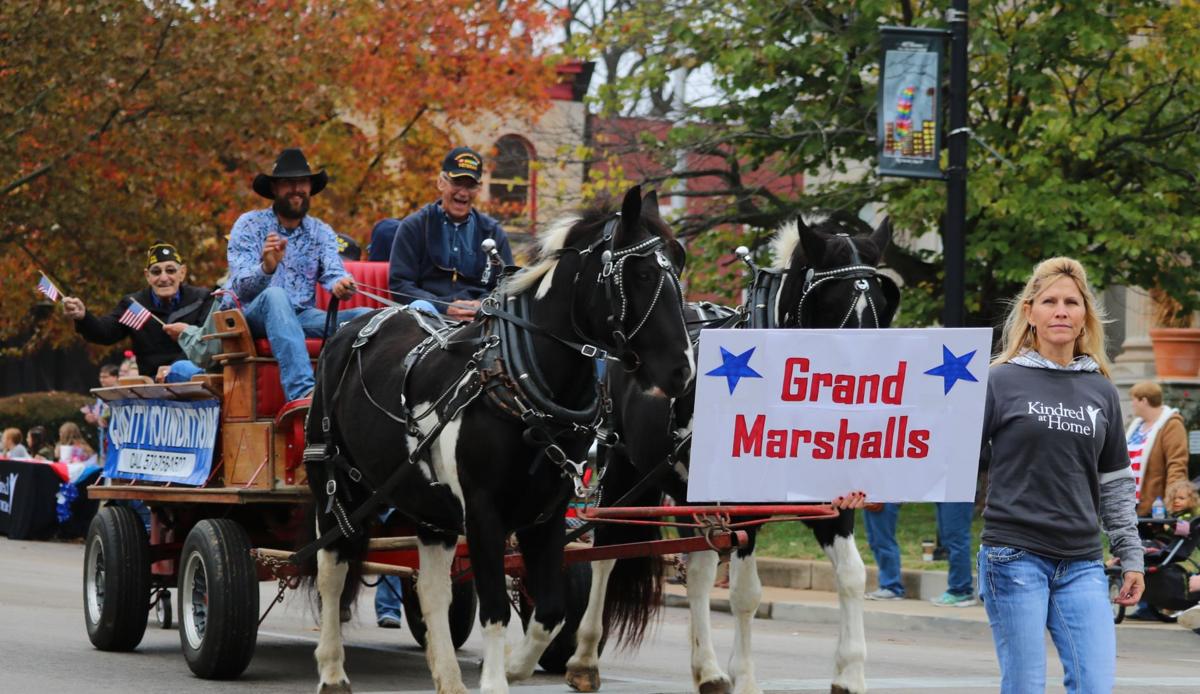 This year's grand marshals will be veterans of World War II and Korean War. 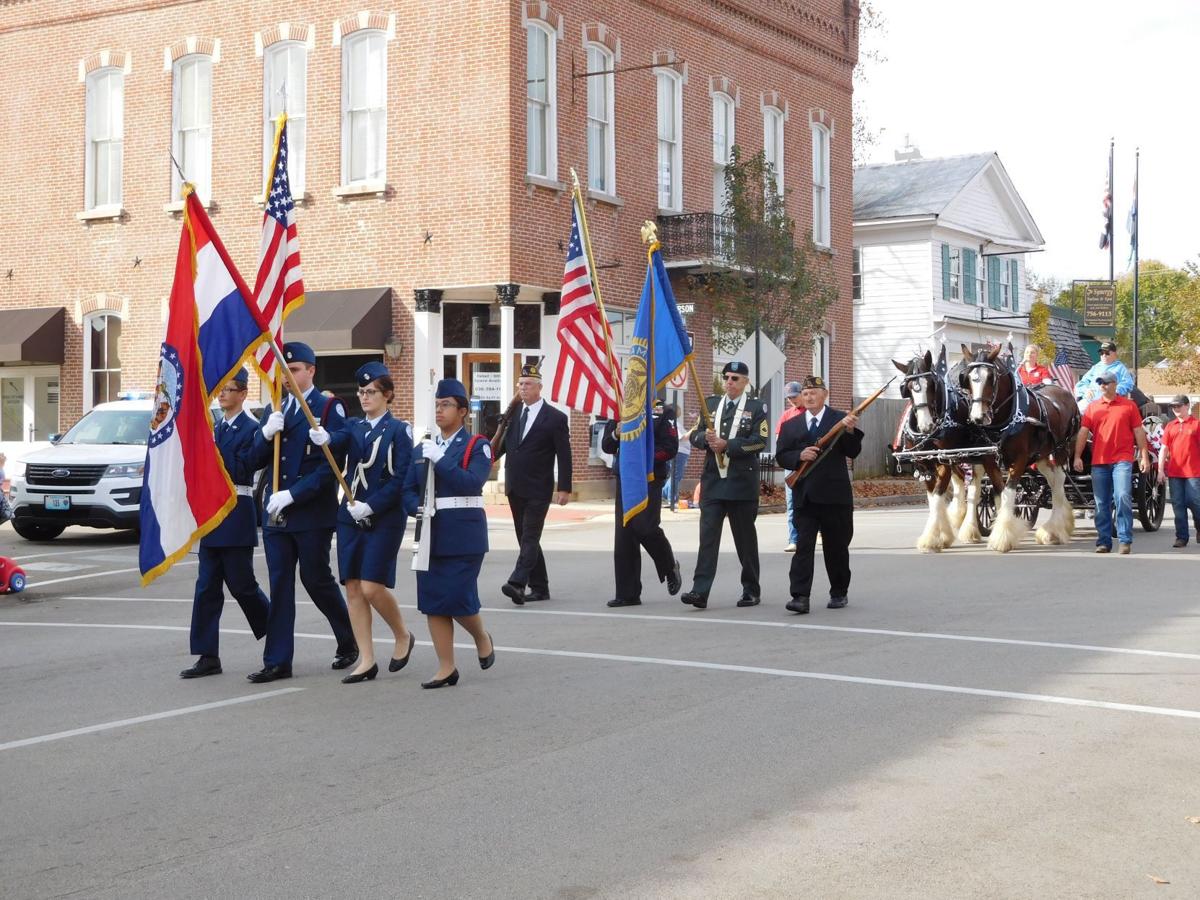 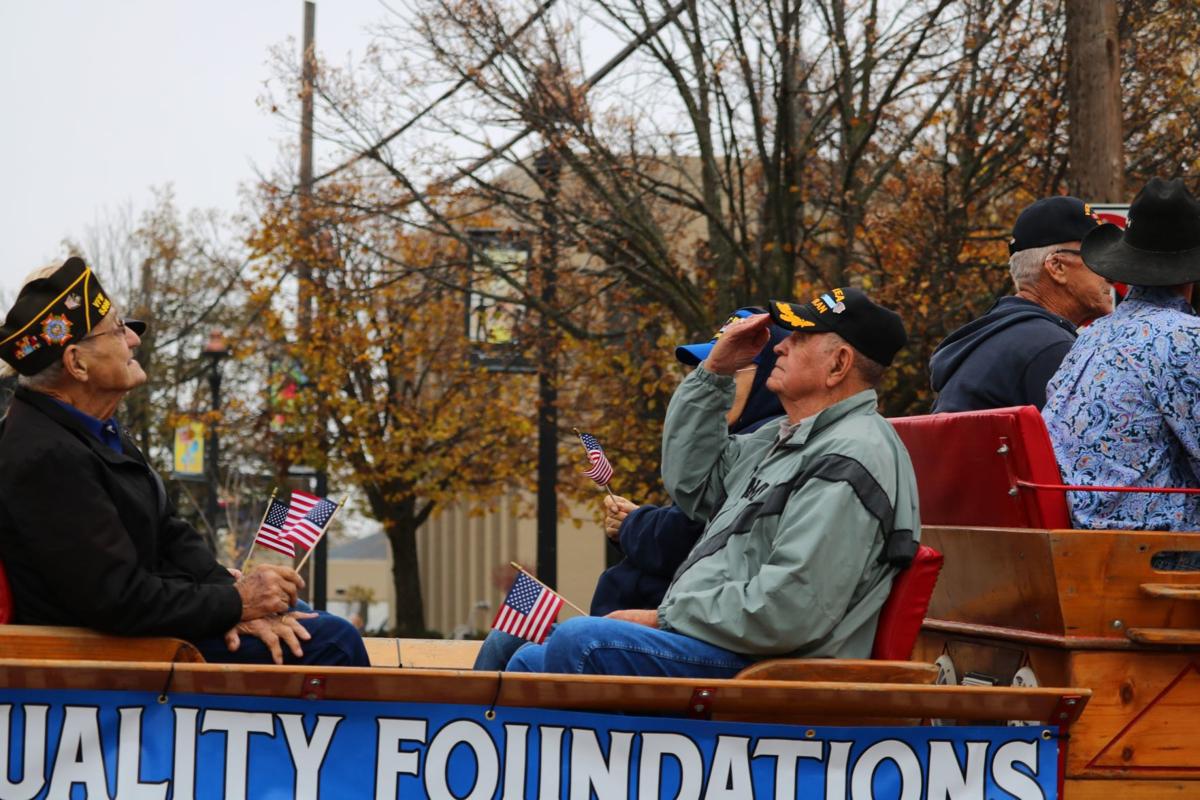 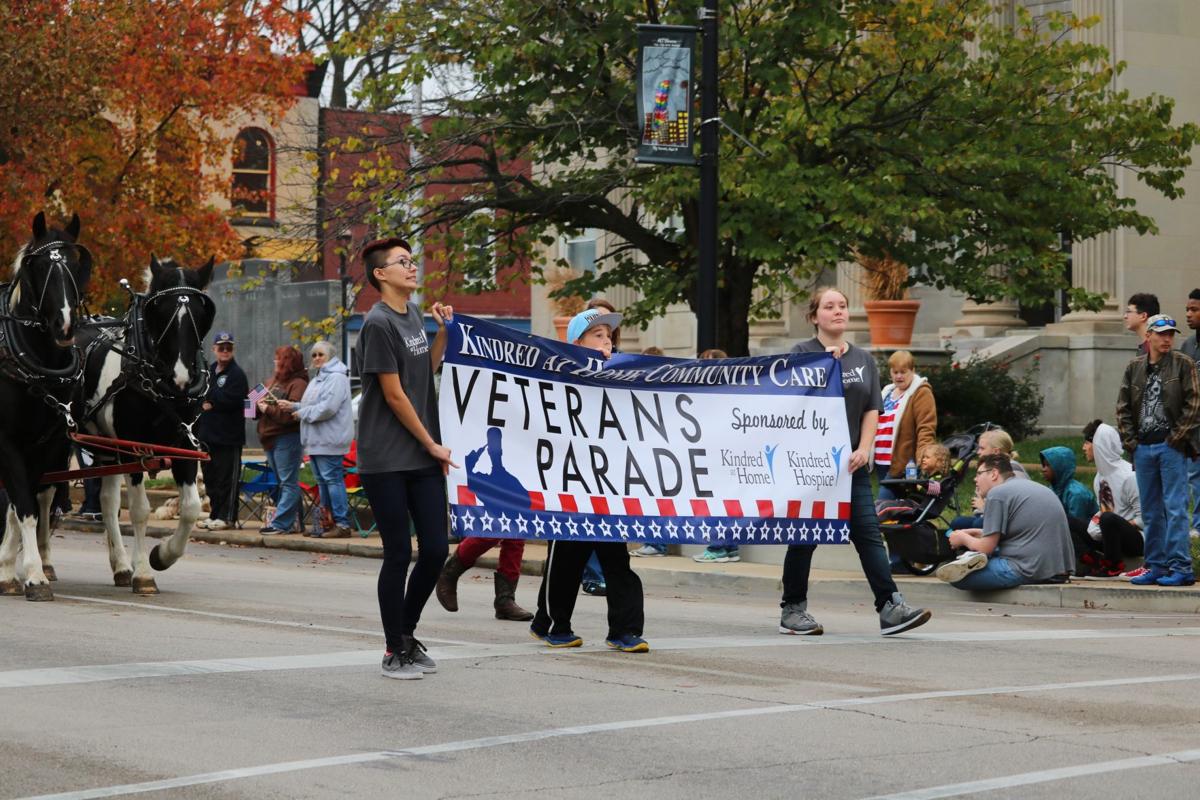 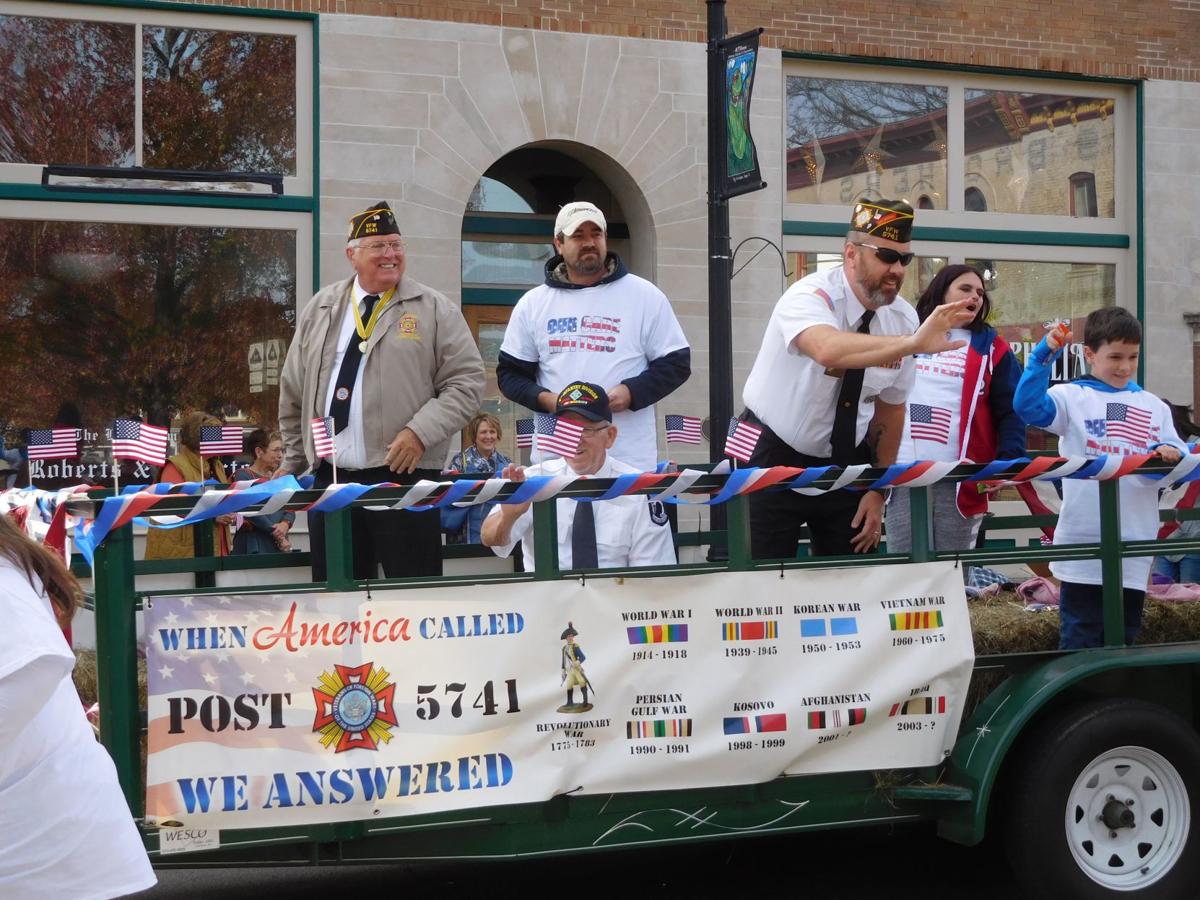 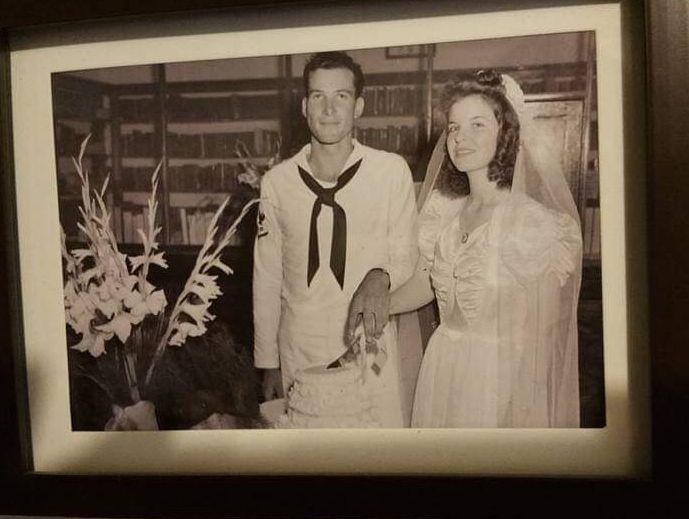 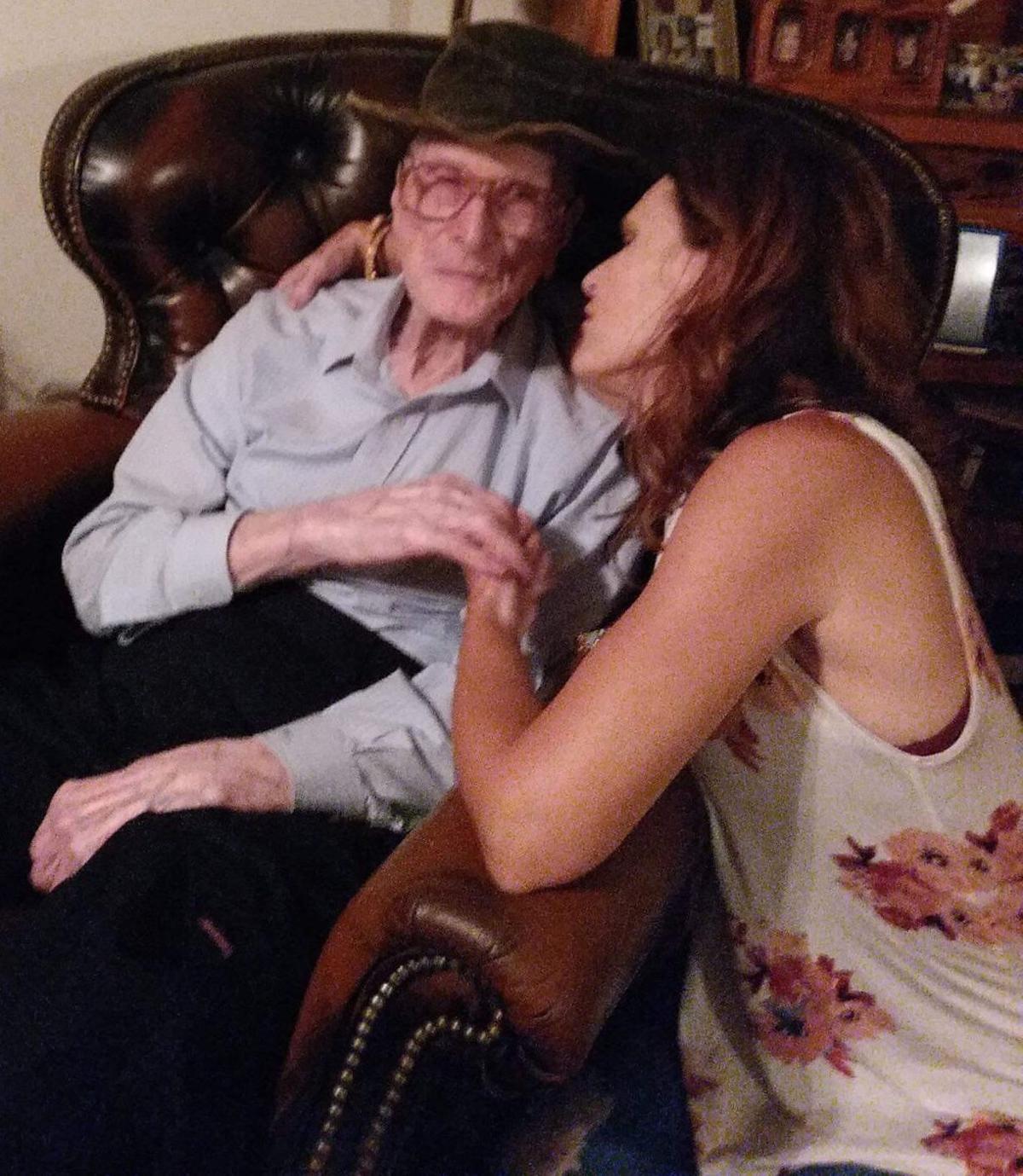 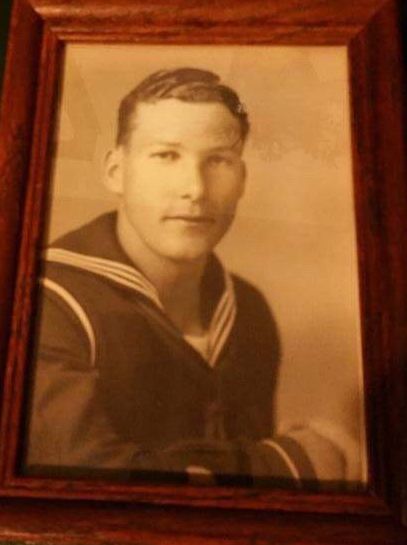 When Ginger Pizarro started working at American Home Care as a Community Care Liaison three years ago, she shared an idea she had to start a Regional Veterans Parade.

Even though it was already August and they’d only have a couple months to plan and advertise it, American Home Care, Kindred at Home & Kindred Hospice jumped right on board. In September 2017, they became Kindred at Home.

The parade has grown each year, drawing more people.

She organizes the Regional Veterans Parade for veterans like her grandfather, a World War II veteran, and her stepfather, a Vietnam veteran.

Vietnam veterans, she said, were not treated well when they got home. The parade doesn’t erase that but she wants to show them that they are appreciated.

“My grandpa was a World War II veteran in the Battle of Normandy,” she said.

Her grandfather, George R. Palmer is currently living in Texas. “He has dementia but he remembers that like it was yesterday,” she said.

She said there are very few World War II veterans left and Kindred wants to honor them.

The grand marshals for the Fourth Annual Regional Veterans Parade on Nov. 2 will be the World War II and Korean War veterans.

But all veterans are welcome to be in the parade. The theme is “May we never forget and forever honor our veterans.”

The parade starts at 11 a.m. Nov. 2 at the Centene Center. The route is the same as the parade route for Country Days and homecoming. From the Centene Center on Black Knight Drive, it goes down Columbia Street until Highway H where it turns left onto Liberty and ends at A Street.

Last year, the parade paused when the Elks’ huge American flag reached the war memorial at the St. Francois County Courthouse. There, Chelley Odle sang the National Anthem. Odle will do that again this year.

New this year, there will be a wagon filled with widows of veterans. The widows can hold a picture of the veteran they are honoring.

She said the widows just need to contact her in advance so she can make sure they have enough space in the parade.

It is free for any nonprofit or veterans organization or school to be in the parade. They just need to fill out a registration form.

Registration for others is $10. And if you want to join as a Supporter of the DAV, the cost is $25 or $50. A supporter will be included in the advertising for the parade. The deadline to register is Oct. 24.

The registration booth will be located on the far end of the Centene Center parking lot. There will be chairs, a popup tent and coffee available before staging for the parade at 10 a.m.

Kindred thanks the city for their assistance in keeping the parade safe. They are also thankful for the Key Club which will be handing out flags before the parade.

The main goal of the parade is to rally the community to show appreciation for veterans. But another thing it does is raise money for the Disabled American Veterans (DAV) Fund.

The DAV fund is a donation-driven, grant-based fund which helps disabled veterans and their family, or active military when they need help with rent, electric, food, ramps, wheelchairs, walkers, crutches, etc. Assistance is available for transportation to the VA hospital.

The veteran must have been honorably discharged or active military.

Pizarro believes regionally the fund receives four to five applicants a month and gives out $7,000 to $8,000 a year.

You might ask, why isn’t the parade held on Veterans Day?

That’s because most veterans organizations already have plans for Veterans Day. Pizarro said she didn’t want to take away from the veterans organizations’ own ceremonies and fundraisers such as the sale of Buddy Poppies. The first Saturday of November seems like a good time in November to have it as it is before deer season.

To be successful and for the parade to grow, Pizarro said they need the support of businesses and other organizations.

“The goal is to make this thing huge. I’d like to see it become one of the biggest parades in the area,” she said.

“As long as I’m alive and breathing, we will have a parade,” she said. “I’m hoping it will be a tradition on the first Saturday of November.

"We help people of all abilities stay independent and active at home with the help of our personal care attendants. Our veterans fought for our freedom and independence so I am proud to work for a company that helps them stay independent at home."

Kindred Hospice has a four-star status with We Honor Veterans.

Kindred at Home is the nation’s largest provider of home health, hospice and community based services.

For more than 35 years, Kindred at Home has offered skilled nursing, physical, occupational, and speech therapies, social work, disease management education, hospice and palliative care services as well as help with daily living activities. Kindred at Home’s proprietary specialty programs helps patients manage medical conditions and enables them to remain in their homes as they receive medical or rehabilitative care.

Kindred employees strive for excellence on a daily basis. As the largest and most geographically diversified home health and hospice organization in the country they strive to be a leader and to provide the highest quality care possible to patients and clients.

Stay tuned in to the latest hit TV shows and more directly from your inbox.